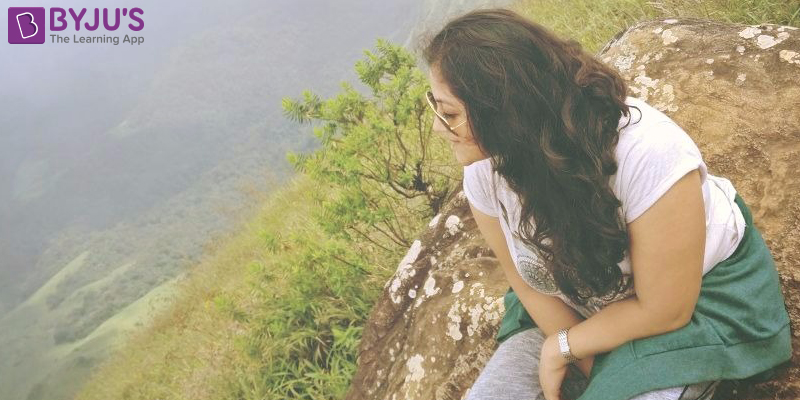 “I have always loved talking to people, it just comes naturally to me; I can talk and talk and talk and never get bored of it” says the 22 year old Leema Mishra from the Business Development team at BYJU’S.

For a new comer, the 6th floor of BYJU’S office will be synonymous to a classroom full of high energy youngsters. With an average age of 22 years, this floor is always brimming with jovial energy and laughter.  Leema believes these are the people who form the pillars of the company.

The civil engineer who loves arts

Born and brought up in the capital city of Delhi, Leema is one among the multitude of students who took up engineering against their choice. Having an entire family in the aviation segment meant pressure for her to enter the same field. But she had inkling from the start that she was not cut out for the job. “Anything would have worked out apart from science,” she exclaims laughing.

Her interests always lay more in art, literature, music and communication. She recalls that as a youngster she used to write poems and songs, though she was never into reading. Her innate dislike for science showed up in her marks too and she landed up in a mediocre college in Bhubaneswar studying civil engineering. “I think I got a 7 digit ranking in JEE and decided to take up civil as it is popularly known to be the easiest engineering field.” 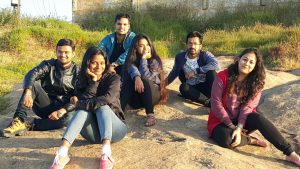 In the year 2013 Leema’s father attempted to give his daughter some encouragement and a chance to join an aviation course which she was denied due to severe retinal issues. She later had to undergo surgery for a retinal detachment which resulted in her eye power going up to a whopping -10 and -7. Her life was thrown out of balance due to these health issues. To be frank, Leema says – “I didn’t mind this small mishap, since I always wanted to purse something in the field of communications, journalism or literature.”

Her tryst with BYJU’S

A music lover and a fan of Alicia Keys, Leema’s tryst with BYJU’S began when a friend recommended the organisation to her. After going through a few photographs of him with his colleagues, Leema was surprised to see such a young band of people, having always had the impression that professionals dress up curtly, and were too sophisticated, bordering on boring!  “Some of them were younger than my friend” she laughs out thoroughly amused. Leema applied, interviewed and got selected. Before starting work, she came a few days early to check the work environment. The constant buzz in the office, many young faces, bursts of laughter from some cubicles- all of these peaked her interest and lead to her final confirmation to join the BYJU’S team.

Leema’s main drive at BYJU’s is the crowd. An office space full of young, exuberant people builds up a healthy competition and appetite for success. They become each other’s support systems within the team, motivating each other to bring out their entrepreneurial best. Most interns know each other from the colleges they studied in before and develop a bond inside and outside the workplace. They are also very aggressive when it comes to their sales. They understand the need for results and give in their best to reach their targets. The focus and passion with which all teams work, is the main motivating factor for Leema. “Nothing can beat a good competitive spirit”, is what she always stands by.

“The culture here is extremely fast paced and lively. Most of us have come from different cities so we live nearby, and close to each other. In office we spend time tracking and contacting leads, and outside office we have dinner together and spend hours talking and discussing life till the wee hours of the morning. We make up this extended family away from home.”

Leema, who was an ardent sportsperson in her school days, displays determination and team building skills at her work place too. Having played basketball, javelin, discus and high jump, she continued with basketball till her college days, post which she joined the NSS. These sports have helped build her focus and drive for excellence in whatever she does. A similar scenario plays out at her work station, where they have team events and activities to keep themselves engaged, but when it comes down to business, everybody settles down to get some serious work done.

“Experiences are gained in abundance when with the team or on calls”, says Leema. “I’ve had parents cry in despair about how they want their children’s marks to improve; in such cases I spend a few minutes and counsel them. As a business development executive, I not only guide parents and students to choose the right learning experience, but also offer them some support when needed. I feel, with the kind of pressure that parents and children undergo these days, few supportive words really help them.” 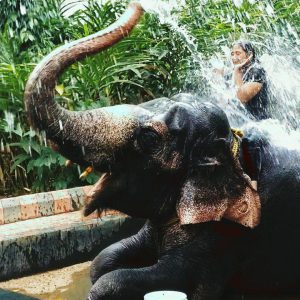 Leema quotes that she is in a learning phase in her life where BYJU’S has fit in perfectly making her path more purposeful. However she hopes to have a smarter degree a few years down the line and a more mature take on life both personally and professionally. She dreams of being a performer and hopes someday she can reach out to people through a performance on a stage.

Leema’s focus on leads and revenue generation has been core to her work since she joined the company as associate business developer. She believes that an ideal work place should be exactly like her floor, with supportive and motivating managers, interactive events once in a while to blow off some steam followed by a complete dive back into work to give it their best. Such work cultures can only be maintained when the entire team moves towards assisting in the growth of the organization and loves the work they do.

“Never be afraid to voice your opinions. You should never be afraid of anything or anyone, not even your parents. Respect them, don’t fear them. Always think of the alternatives and pick out the best options. Ultimately, you are the hero of your story- write what you want, edit what you don’t.”- Leema Mishra

We wish Leema all the very best for the future and hope she spreads the positive vibe all around!