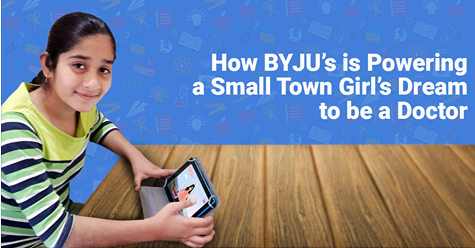 The home state of Mahatma Gandhi, father of our nation – Gujarat is known for its food, culture and thriving business communities. It is often said that one should learn the art of running business from a Gujarati family. While Gujarat has large sets of prosperous business families, for a lot of people in the smaller parts of the state education is still the only way to make it big in life. Education in the rural parts of Gujarat is primarily delivered by the Government schools. There are far and few good private English medium schools which is accessible for the local people.

Keshod, a small town and a taluk in Junagad district has an amusing tale to narrate. Historically, Keshod is named after an incident that happened during the Mahabharata times. We were unaware about this town till we got a special call from Rushi Parmar – who wanted to speak with her favorite teacher at BYJU’s. 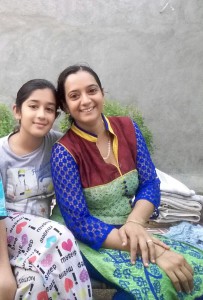 Daughter of Anil and Poonam Parmar, Rushi is a 6thclass student at Ultra English School. Just of 11, it is Rushi’s dream to become a doctor when she grows up. But the current government and private schools in the town has left Rushi and her parents desiring for better learning opportunities.  In fact, parents in this village want their daughters to have big dreams, and seek quality education, but the circumstances do not permit to send them away from home to get better education.

A fan of biology and math, Rushi loves to spend time at her father’s apparel shop when she is free. Unlike any other 6th grader, Rushi’s favorite food is homemade peas and spinach curry. Infact, she loves any green – which is quite unusual.  When she is not busy attending classes or at the shop, you are sure to find her at home pestering her mother to make some yummy peas curry and paratha.

Being one of the toppers in the class has never been satisfying for Rushi as her aspirations are to ace her core subjects (math and science) completely. Practicing these subjectsjust by herself has never been gratifying enough. For long she has been in search of guidance that would complete this gap for her.

The mother-daughter duo came across the BYJU’s for the first time during an ad break of their favorite serial on Star Plus. What started as a simple enquiry over a call, turned into a long-continuous relationship between them and BYJU’s.

In Rushi’s mother Poonam Parmar’s words – “As soon as we saw the ad we knew that we had to get this for her. Rushi and I actually pooled in our pocket money and bought BYJU’s the Learning App in the month of September last year.  Believe me, since then there has been no looking back. Now-a-days, her friends often come home to learn math and science along with Rushi from the app. For us, this app has been a blessing in disguise – this gives us the confidence that girls from rural areas like ours can have access to quality education and teachers too. I am very happy that my daughter spends 2-2.5 hours a day going through this app without even me telling her too. I wish I had BYJU’s app when I was in school. ”

After having studied from the BYJU’s app for over a year, Rushi values the importance of understanding core concepts and strongly believes that this clarity will help her crack topics from higher classes too. ‘Getting to know your plants’ is her favorite topic in biology. She has watched the ‘Monocot and Dicot’ chapter video multiple times and she loves the use of in-air projection and 3D imagery that breaks down complex concepts like these into simple videos.

Poonam wants her son (Mantr) to start his lessons on this app as soon as he starts class 4. She wishes that more and more children in Keshod understand the benefit of studying from the BYJU’s app and starts using it.

According to Rushi, “I love watching the videos. The way every concept is broken down and explained is very interesting. I never thought that subjects like maths and science can be learnt in this way. Both these subjects have become so easy for me now. I feel very confident and cracking maths questions have never been more fun.”

“All the videos are so appealing virtually that I want to learn all my subjects in this method. It helps me retain concepts much more easily.” Rushi added.

Having big dreams, yearning for quality education, being taught by the best teachers, and having an aspiration to become a doctor; all this when you live in a small town like Keshod seems too contrary, but not for this endeavoring little girl Rushi who has the right learning companion to help her achieve her goal. Rushi, now confidently says that nothing can stop her from reaching her target.

Rushi’s story is a testament of the fact education in India is still the only way to make it big. Use of technology in education makes access to quality teachers and content easy thereby enabling students to study better and live their dreams. At BYJU’s it is our continuous endeavor to empower children across urban and rural locations with the access to quality learning.

Special thanks to Anupriya Sah for being her mentor from BYJU’s and helping her learn better.

Follow us on Facebook and read our My BYJU’s Story on our blog for more stories from across the country on how BYJU’s is transforming the way children learn in India.

12 Comments on Rushi Parmar, building on her dreams to become a doctor with BYJU’s