6 Brilliant Students and a Life Changing Trip To NASA

BYJU’S in collaboration with the Times Group organized the ‘Think and Learn Challenge’ for students across grades all over India. The top 6 winners were given the amazing opportunity to take a 3-day educational tour to NASA Kennedy Space Center and have a fun day at Disney World.

A life changing trip for our 6 winners, the journey they embarked on took them through the Space Center, meeting Samuel Durrance, an astronaut, watching visual treats in IMAX and getting up-close and personal with spaceships like Atlantis and Mercury. While all the learning took place at NASA, the kids had a fun time in the Orlando Disney World where they went on thrilling rides, went back into time at the Disney Museum and ended their tour with a fabulous fireworks show. We received varied responses from each of the 6 students when they were informed about their special prize while some were excited beyond words, a few students had their first plane ride to an international city. For Mahadevan Raman, the test he took to qualify for this competition, according to him had gone well but he met with disappointment on not being awarded the tablet. He could obviously not believe it when informed that he was among the brilliant winners. Travelling among like-minded brilliant minds was a first time for many of the young students as they got a chance to interact and discuss different topics and exchange knowledge from their own specialities.

For most of the students the trip proved to be a game changer in their plans for the future. For Viswanathan Bommalapalayam the amount of detail and planning that goes into designing, building and launching a rocket into space taught him the important lesson that one must plan for any task and do it with the utmost concentration to be successful. Rajeev Kumar Shrivastav  Kumar was overwhelmed looking at the legendary Saturn V Rocket and hopes to help build a future colonizing the Moon and Mars. Mehul Shelke added in “During the section which showcased the work done by private organizations like Space-X and Boeing. I got to thinking about the increasing presence of private companies and commercialization of space travel. I wondered if the private companies are actually the future of space exploration. Some day a start-up may come up with a travel package to go up in the space!” This student believes that unlike the generic saying, the sky’s the limit, he follows the motto – the sky has no limit if you explore it, hoping to follow space exploration in the future. 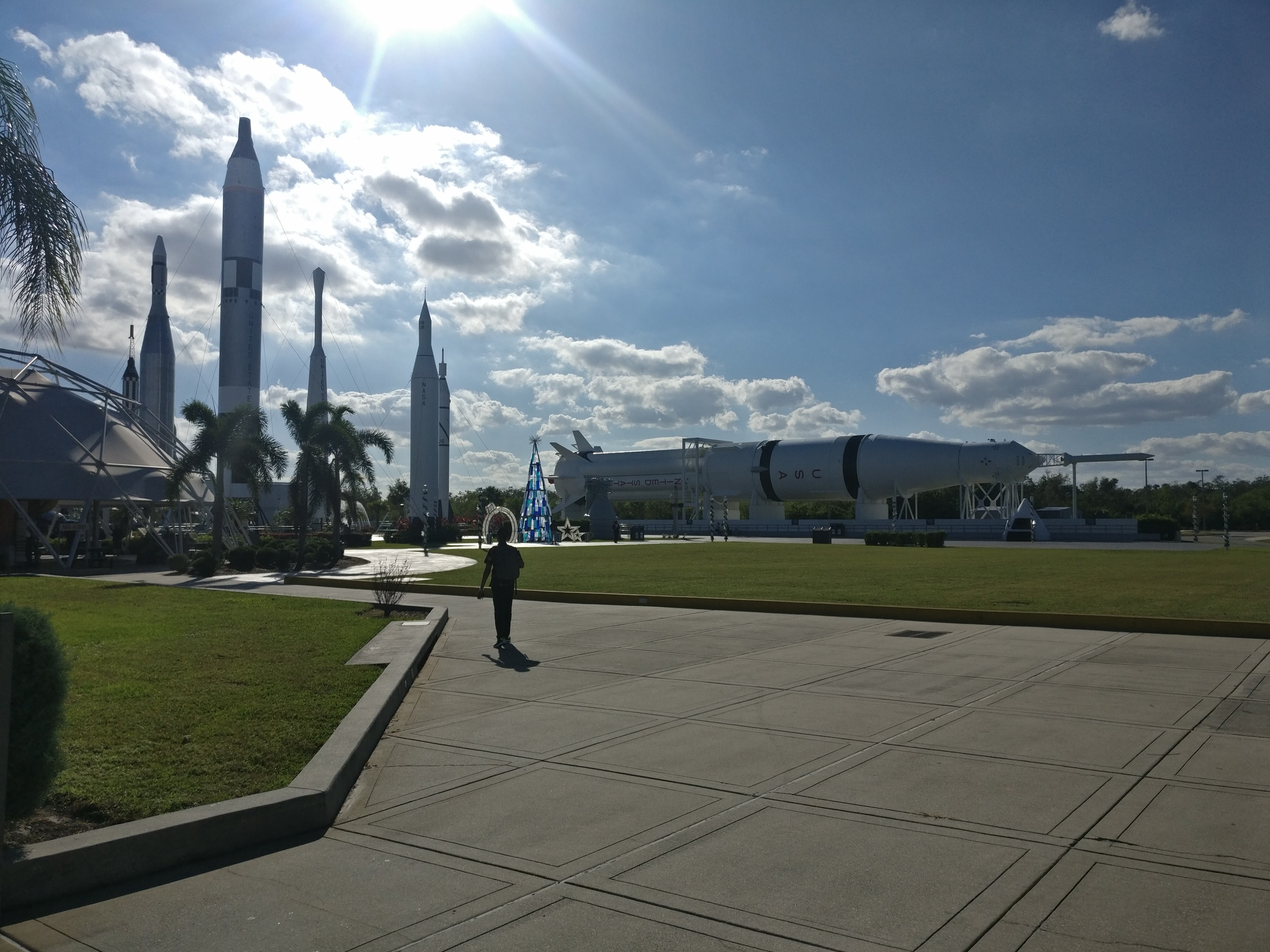 Mahadevan Raman shared with us a touching story of how moved he was venturing through the halls of the space centre, where at every moment history is made. The quote by President Kennedy, engraved in front of KSC and Heroes and Legends were some rare moments he carries with him till date. The shuttle Atlantis display, where one learns about how, why and by whom the idea of making a space shuttle emerged , what are the special features of it ,it’s aid to Hubble Space Telescope and how a shuttle functions overall enthralled his young mind.

“I felt that just a few great ideas can change the world and the Atlantis is the living proof of the fact. It started as an idea and sky-rocketed creating milestones for the future. These courageous men and their achievements gave me goosebumps.”

The parents of these bright-minds bid their children proud farewells as they went ahead to board their flights to Orlando. Vidya Vasudevan, mother of Tejas, was in a state of disbelief when informed of her son’s performance at first. But she could not have been prouder, knowing that the exposure and experience would influence her son and motivate him to use his skills to further the course of space exploration. For Tejas Vasudevan himself, the trip gave him a chance to take in the glory of the gigantic artefacts, rocket assembly units and launchpads. IT also gave realization of the fact that though theoretical learning is vital, nothing comes close to the impact and experience of practical learning. 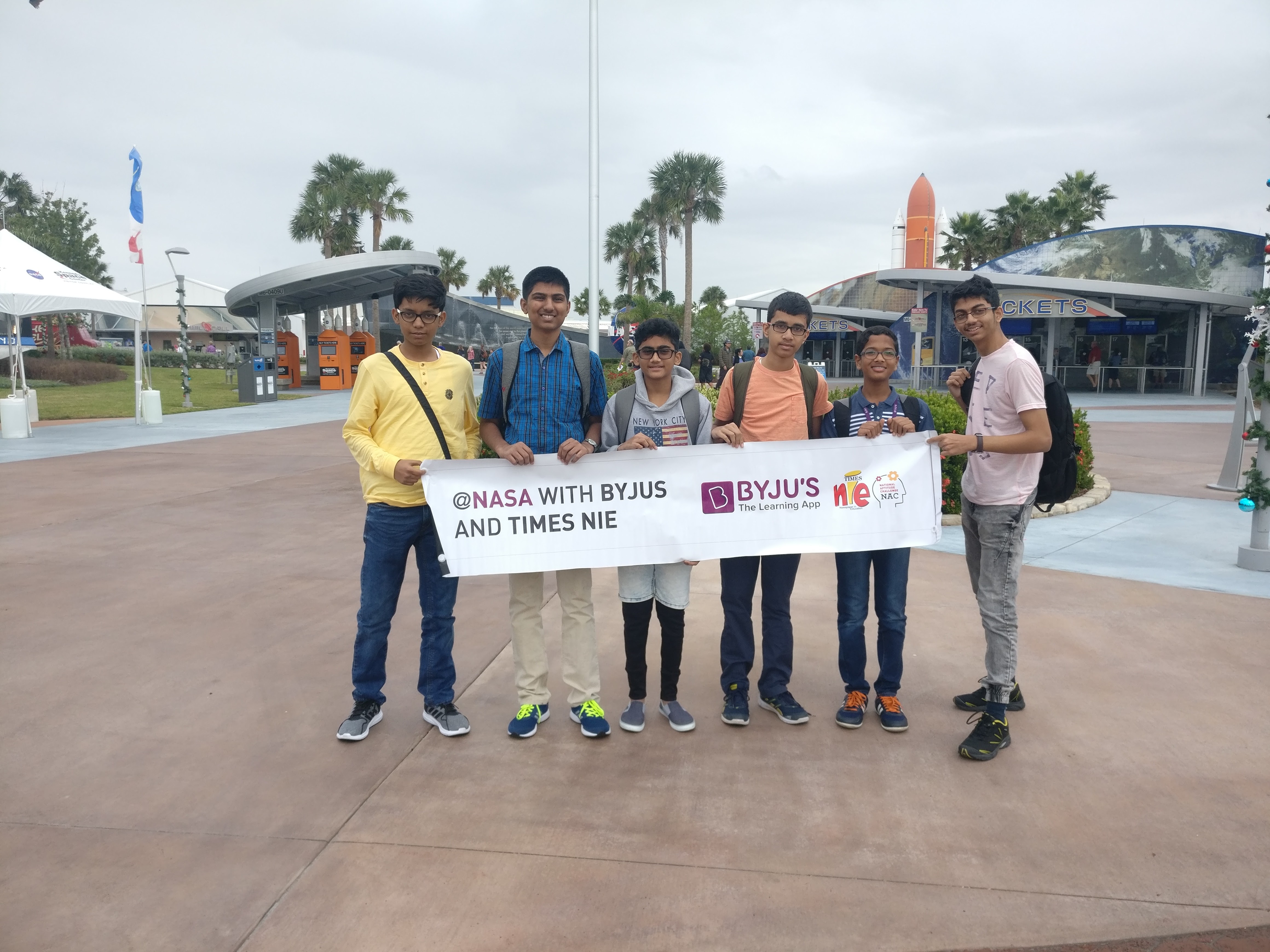 For parents of Rajeev Shrivastav,  exploring the works of geniuses and doing so with other equally intelligent students was a life long learning experience for their son. Mehul Shelke’s mother, Manjusha, aware of the fact that her son’s idol is Albert Einstein, still believes that he was awestruck by the trip and may have changed sides to learn more about space and the secrets that hide within it.An overall mesmerizing experience, the trip ended with a fabulous day at Disney World where the students got to meet their childhood heroes and get on to some thrilling rides and roller coasters. After all “ All Fun and No Play, Makes Jack a Dull Boy and Jill and Dull Girl.”

congratulation!!!!!!!!
For having a wonderful trip to NASA and disney world.
I bet you guys have wonderful experience and knowledge and fun at such places where every person dream to go.

Wow!you all are very lucky and I definitely know that you all will have a great future after this trip.

I want to enroll for NASA

When you can go to nasa

I want to go to nasa

I can go to nasa

How can I participate in this contest or any contest in byjus.

I love BY JU’S the Learning app.
It’s good.

> Kudos to our Chemistry whiz-kids!

> Kudos to our Chemistry whiz-kids!