Is Your Appendix A Biological ‘Remnant’?

It’s the inter-school competition day and you are representing your school in the finals. You are all set and ready to give it your very best shot. But before you could reach the venue, you feel a sudden pain in your tummy.

At first, you ignore the pain, mistaking it as a panic knot in your stomach, but the pain refuses to subside. Gradually its intensity increases on the right side of your stomach, so much that it becomes difficult for you to even walk! Your parents immediately rush you to the doctor. The doctor examines your stomach and declares that something is wrong with your “appendix” and that you need a minor operation to remove that organ. He assured you that with that organ gone, you will feel much better!

Your mind races with numerous questions. What is an appendix? Where is it located in my body? Why must I remove it to feel better? And most importantly, can I now survive without my appendix?

Well, these are all valid questions. But the good news is, ‘YES! You can survive and do all your regular activities even without your appendix.’

To be honest, the appendix in our body has always been away from fame and recognition. This is because the other organs in our body, like the heart -that pumps blood into the body – the lungs – that receive oxygen from outside – and the stomach – that serves as the main pouch that accepts all the food we consume – have far more important roles to play. In comparison, the appendix in our body just lies in one corner and often causes trouble. But before we jump to any conclusion, let’s understand what an appendix is and why we have it in the first place.

What is an appendix?

An appendix (pronounced a-pen-diks) is a small tube-like organ that sits in the lower right abdomen. It is attached to the first part of the colon and extends outward from the large intestine. 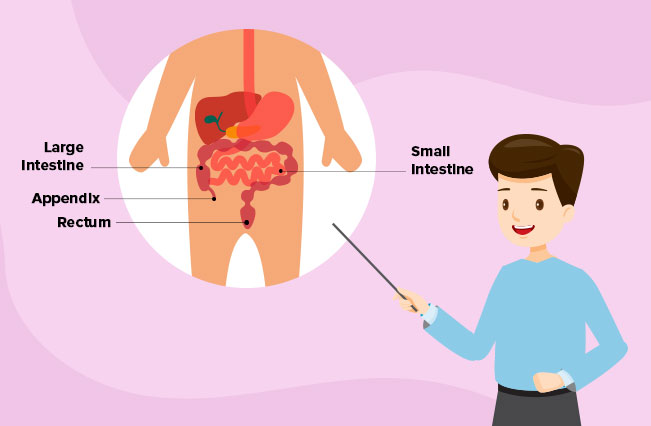 The size of the appendix is roughly about 3-4 inches, which means your appendix is as tiny as your little finger. 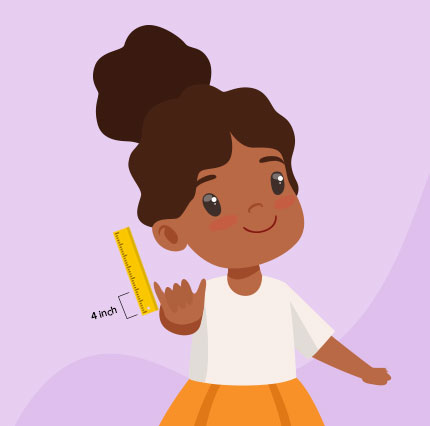 Historically, the appendix has been credited with very little physiological functions. Surrounded by the stomach and the large and small intestines, although it is a part of the digestive system, does not help directly with digestion. Instead, it only gets attention when it is in trouble. For instance, if the appendix gets blocked or infected then it may cause an illness called appendicitis.

Why do we have it?

The answer to this question lies in the history of the evolution of humans. Many scientists believe that the appendix has been nothing but an evolutionary holdover from our ancestors. 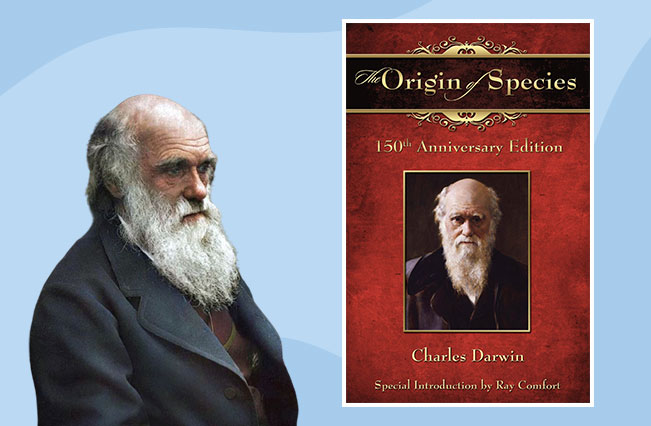 Charles Darwin, in his books, On the Origin of Species and The Descent of Man, makes clear references to the appendix as an evolutionary remnant. He hypothesised that the appendix, which in his day had been identified only in humans and apes, served as a large ‘cecum’. According to his theory, our distant ancestors survived mainly on a plant-based diet that required a large cecum to store bacteria that can break down stubborn plant tissue. Later he speculated that these ancestors shifted to a fruit-based diet that was easier to digest. Consequently, the purpose of a large cecum decreased, thus shrinking its size over time; today our cecum is a tiny pouch. Darwin proposed that the appendix which jutted out of the cecum, is one of its former folds that shrivelled up as the cecum shrank. Hence, he concluded that the appendix carried no function.

Yes, you read that right! William Parker, Randy Bollinger, and colleagues at Duke University Medical Centre proposed in 2007 that the appendix actually serves a critical function. Collaborating with the University of Arizona and Arizona State University, the researchers concluded that “Charles Darwin was wrong: The appendix not only appears in nature much more frequently than previously acknowledged, but it has been around much longer than anyone had suspected.” The team found that this tiny pouch serves as a haven for gut bacteria to ‘hang out’ until a serious infection strikes.

What’s more, careful anatomical study of other mammals revealed that species like beavers, koalas, and porcupines also have a structure jutting off of their guts in the same place as our appendix.

Presence of cecum and associated appendix in various mammals 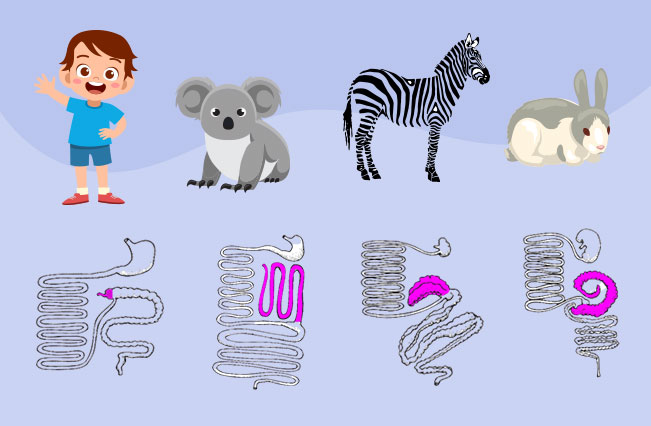 The presence of appendix in human, koala, zebra, and rabbit. In the figure, the stomach is shown at top, the small intestine at left, the cecum and associated appendix in pink, and the large intestine at bottom right.

In a new study, published in the reputed medical journal Comptes Rendus Palevol, the researchers found out that out of 361 living mammals, 50 species are now considered to have an appendix. They concluded that these species are scattered so widely across the mammalian evolutionary tree, that ‘the structure must have evolved independently at least 32 times!’ In other words, the feature is much more common in other mammals than what Darwin initially deduced. “If Darwin had been aware of the species that have an appendix attached to a large cecum, and if he had known about the widespread nature of the appendix, he probably would not have thought of the appendix as a vestige of evolution,” Parker concluded.

What do you think will be the next evolution of the appendix? Will it still be present in our future generations? Do tell us in the comments section.

I think it just depends on some factors like, what will be the diet of future humans? or way of their evolution from us ?
Well actually acc. to me it’s just a critical question to answer!! 🙂🙂