No, Dinosaurs Are Not Extinct And Other Facts That You Took For Granted

Are you the kind that relishes the opportunity to impress your friends by dropping tidbits of random knowledge?

While we are sure you are really studious and smart, there are chances that some of the facts that you know may in fact turn out to be factoids, which are basically things that you thought were true but will leave your jaw dropped when you find out it’s not!

For example, did you know that the Sahara is not the largest desert? Or, are you under the impression that houseflies live for just 24 hours? What if we told you it was much, much longer? And do you think the Great Wall of China is the only man-made structure you can see from the moon. Perhaps not!

Read on to find out the truth behind many more popular misconceptions!

Sahara is the largest desert 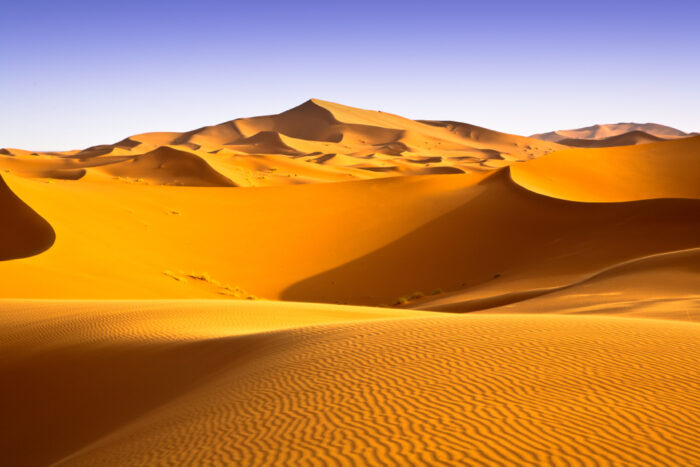 While Antarctica does have a lot of water in the form of ice, it’s cold temperature keeps the ice from turning into liquid water even during the summer. The cold temperatures also freeze the water vapor out of the air. The end result is that Antarctica is not only a desert, but also the driest continent in the world.

All Dinosaurs are extinct 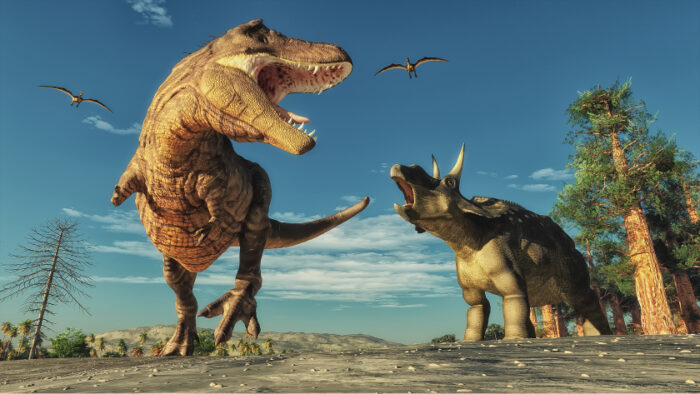 There was definitely a mass extinction event 65 million years ago (probably related to a giant asteroid that smashed into Mexico’s Yucatán Peninsula). And it did spell the end for most dinosaur species. But not all. “Today’s birds evolved from dinosaurs, which makes them every bit as much of a dinosaur as T. rex or Triceratops,” says paleontologist Steve Brusatte, author of the book, The Rise and Fall of the Dinosaurs.

The oldest bird fossils are about 150 million years old. These ancient birds looked quite a lot like small, feathered dinosaurs and they had much in common. Their mouths still contained sharp teeth at that time. But over time, birds lost their teeth and evolved beaks. Can you imagine coming face-to-face with a toothy pigeon?

Houseflies only live for 24 hours 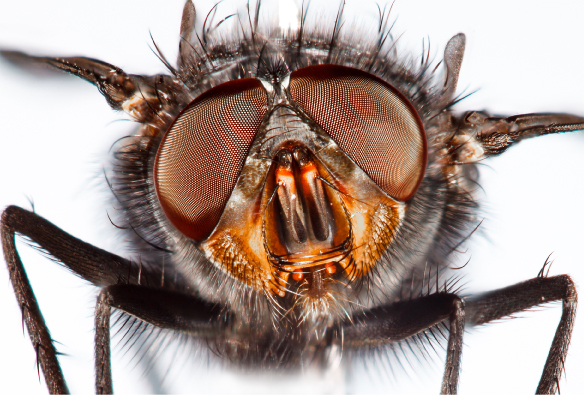 If you’ve ever had a fly buzzing around your home — and who hasn’t? — you know how frustrating it can be. Fly swatter in hand, you try your best to catch the annoying insect that always somehow manages to stay just out of reach. But, at least you can rest, secure in the knowledge that it’ll be dead within 24 hours, right?

Rumour has it that houseflies (Musca domestica) are a very short-lived pest in the common household. But it turns out these little insects have more than a mere 24 hours to eke out their lives, steal a little food, and pass on their genes to the next generation. According to scientists, houseflies live for upwards of 20 to 25 days. What’s more, in some instances, they’ve been documented to live for up to 30 to 60 days!

Humans only use 10 percent of their brains 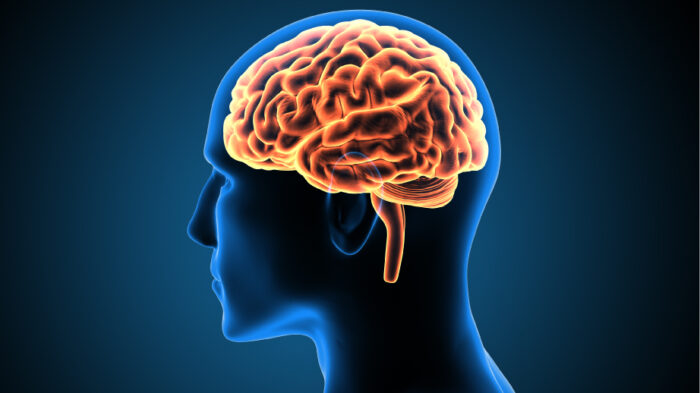 The idea of unlocking hidden brain power might make a compelling storyline for a movie, but it simply wouldn’t happen in real life.

One fact playing into the myth is that 90 percent of brain cells are “white matter” that helps neurons survive, and only ten percent is the “grey matter” of neurons in charge of thinking. But that white matter could never be used for brain power, so claiming that 90 percent of our brain is wasted is like saying you waste peanuts because you throw  the shells.

Any fMRI scan will show you that even saying a few words light up way more than ten percent of your brain. Scientists haven’t uncovered any area of the brain (much less 90 percent) that doesn’t affect thought, movement, or emotion in some capacity.

The Great Wall of China is visible from the moon Interestingly, this myth has been around since at least 1932, when Ripley’s Believe it or Not! deemed the Great Wall of China as “the mightiest work of man—the only one that would be visible to the human eye from the moon.”

Of course, that was almost 30 years before a machine would touch down on the moon, so the claim was entirely unfounded.

Astronauts have now confirmed that the Great Wall actually can’t be seen from space, except at low altitudes. Even at those (relatively) low heights, it’s actually easier to see roads and plane runways, whose colours don’t blend into the ground like the Great Wall’s do.

First of all, let’s get one thing straight: Neanderthals aren’t ancestors of modern humans. The two species lived at the same time, mostly in different areas of the globe.

When the species did cross paths, there’s even evidence that they had children together! But the evidence doesn’t suggest they were inferior to humans. Fossils show Neanderthals made tools, used fire, cleaned their teeth, ate medicinal plants, buried their dead, and maybe even cared for their sick and wounded.

Scientists no longer think Homo Sapiens wiped out their Neanderthal cousins. Neanderthals likely were already dying out as a result of climate change, while modern humans’ trade networks, diverse diets, and innovative tools helped them survive.

Earth is the only planet with water 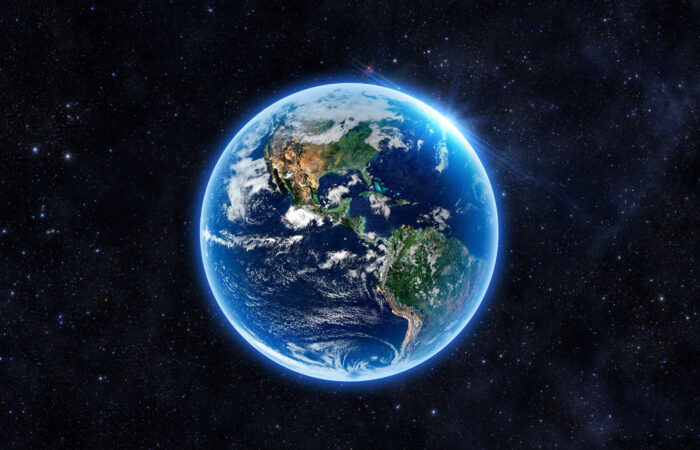 Of course, we have yet to find any intelligent life living off water on other planets and bodies, but H2O isn’t unique to Earth. Dark streaks that change on Mars suggest there is a likelihood of liquid salt-water that flows on Mars.

What’s more, NASA discovered that beneath a layer of ice on Jupiter’s moon Europa, there’s an ocean containing twice as much water as we have on Earth. Could faraway planets with water sustain life? Only time will tell.

People in Middle Ages believed that Earth was flat, but it’s really a perfect sphere 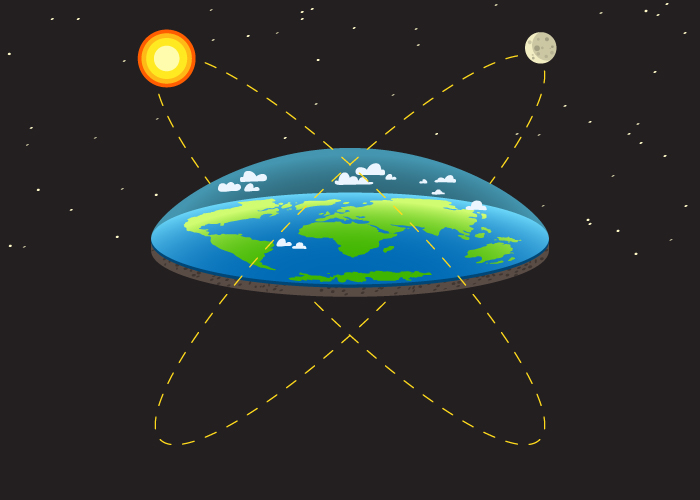 Surprise! Both parts of this factoid are false. Scholars have known that the Earth is round for thousands of years. Greek philosopher first suggested the idea around 500 BC. Aristotle actually found physical evidence backing up his predecessor’s theory.

By the first century AD, any educated person believed in a round planet. When Christopher Columbus started his voyage, the fear was that the oceans would be too big, not that he’d fall off the face of the earth.

In perhaps the biggest twist, though, Earth isn’t a perfect sphere.The reality is that the North and South Poles are flattened slightly.

Well, that’s because the Earth’s rotation creates an outward force that is highest at the equator and zero at the poles. Since the Earth is not perfectly solid throughout, this force results in the Earth being ‘squashed’ at the poles, making the globe a slightly flattened sphere.

Do you have any cool misconceptions to share with us? Leave them in the comments!

These facts are truly amazing! Loved it !❤️

Well , didn’t knew houseflies live for just 1 day . I studied somewhere that they live for 1 to 2 weeks. Also thank you for all the other piece of information , really liked it. Also I have 2 facts to share , 1. The first bird is the Archaeopteryx , which lived during the age of dinosaurs. 2. The perfect shape of the earth as you told is a fattened earth from the poles. This is called a geiod or an oblate spheroid .