This Earth Day, Meet 11 Young Climate Advocates from Around the World!

In 2014 the Intergovernmental Panel on Climate Change (IPCC) concluded that “human influence on climate has been the dominant cause of observed warming since the mid-20th century”. Six years later today, many world leaders are yet to take stern actions towards environmental issues in their areas, some even going to the extent of denying the existence of well-established, scientifically proven threats like global warming. But there are some young people who have decided to put an end to this ignorance and take responsibility by themselves. They have stepped up to fight for the future of this planet. Driven by science and the passion to save the future of humanity, these youngsters are mobilizing thousands of people to join them in demanding greater action on climate change. Let’s take a look at these eleven young climate activists, whose words and actions have inspired people across the world.

“They must act now otherwise our future will be dying.” 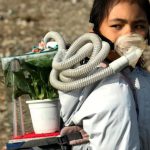 This 8-year-old climate activist from Manipur has already achieved more than what many adults achieve in all their lifetime. Witnessing Delhi’s rising air pollution inspired her to develop a  device called ‘SUKIFU’ (Survival Kit for the Future). This device made out of waste comprises a plant encased in a backpack with a pipe that leads to a face mask. More than a device, this is Licpriya’s message to the world and especially the leaders in power to take the future of the planet more seriously. She has already spoken in 21 countries and the COP25 Climate Conference. She also runs an organization – The Child Movement to call on world leaders to take immediate climate action towards saving the planet and the future of children like herself. 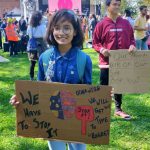 This 11-year-old climate activist from Uttarakhand is one of the 16 young climate activists from across the globe who have sued Germany, France, Turkey, Brazil and Argentina on grounds of causing the most pollution. But this is not her first time suing governments. In 2017, after the tragic Uttarakhand floods, then 9-year-old Ridhima filed a complaint against the Indian government with the National Green Tribunal for its inaction in tackling climate change-related issues. She wanted the Indian government to prepare its carbon budget and create a national climate recovery plan. In recent times, Ridhima led the #FridaysforFuture campaign in Dehradun, expressing her concerns over the increased pollution of river Ganga. 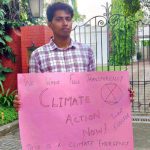 “We are the last generation that can do something.”

This 22-year-old climate activist from Kerala was one of the youth leaders from the #FridaysforFuture movement initiated by Greta Thunberg, encouraging students globally to take out time from schools on Fridays and demand action from political leaders to prevent climate change. Having studied the impact of pollution on India’s major forests, water bodies and climate change, John believes that the rich biodiversity and culture in India are under direct threat from the global climate crisis. 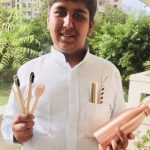 This 14-year-old climate activist has decided to make India plastic-free by eliminating the consumption of plastic straws and replacing it with eco-friendly alternatives. He is a member of an NGO named Chintan that works on issues like waste segregation and environmental solutions. Within the first few months of his work, he gained success by replacing more than 5 lakhs plastic straws in just New Delhi itself. He got inspired after watching a video of two vets trying to remove a plastic straw from a turtle’s nose. 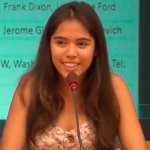 This 18-year-old climate activist is one of the major organizers of the #FridaysforFuture campaign in New York and a member of the administrative committee of the People’s climate movement, an organization that advocates for political and social change to reverse/mitigate the effects of climate change. Xiye’s family had to move to New York in 2015 after floods drowned their hometown San Pedro Tultepec, followed by three years of drought. Greta’s work inspired her to participate in the global call for action against climate change. Xiye was awarded the ‘Spirit of UN’ award in 2018.

“When there’s about 200 species going extinct every day, it’s quite scary. So you have to do everything you can.” 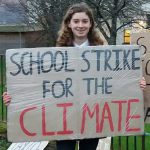 Inspired from the work of Greta Thunberg, 13-year-old Holly Gillibrand decided to contribute to the #FridaysforFuture UK movement. She wants people to become more aware of their carbon footprints and take every possible measure to reduce it. Holly Gillibrand is the young ambassador for Scotland: The Big Picture movement and a campaigner for animal welfare charity OneKind.

“Our greed is destroying the planet.” 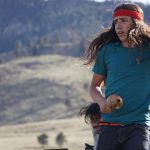 This 19-year-old climate activist and a hip hop artist started on his journey to save mother Earth since he was only 6 years old. He uses music to spread awareness about important environmental issues. On various occasions, he has been vocal about his disappointment with the government and national leaders to act on climate change. He was one of the 21 complainants who sued the federal government for their lack of action on climate change. Xiuhtezcatl is the youth director of an organization by the name of Earth Guardians, which trains young people globally to use arts and civic engagement to contribute to solving environmental issues.

“If you are 2 degrees Celsius above normal, you feel very ill. So imagine how the planet will feel.” 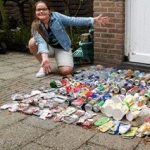 Lily was 9 years old when she noticed the excessive plastic dump in a park while taking a walk with her grandpa. She started her campaign named Lily’s plastic pickup, with the aim to make the world plastic-free. Today at the age of 11, she is amongst the top 100 influencers in fighting plastic contamination and is a known climate activist globally. She is also the Youth Ambassador for Plastic Pollution Coalition and a Child Ambassador for HOW Global and World Cleanup Day. Her biggest dream is to make the whole world listen to climate activists, especially all the politicians.

“Most people do not care what they do to the environment. I noticed adults were not willing to offer leadership and I chose to volunteer myself. Environmental injustice is an injustice to me.” 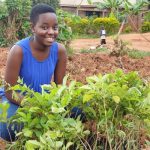 This 15-year-old climate activist is a member of the #FridaysforFuture campaign from Uganda.  She was inspired by Greta Thunberg’s work but what truly moved her to take action was the environmental degradation, droughts and famine she witnessed around her. Currently, she is demanding the Ugandan government to ban the use of plastic bags. When she started protesting against the government, many feared for her safety but she believes that it is important for her to take the stand despite the risks.

“We have reached a point in history when we have the technical capacities to solve poverty, malnutrition, inequality and of course global warming. The deciding factors for whether we take advantage of our potential will be our activism and our international unity.”

These 18-year-old climate activists organized a protest in front of the national congress in Buenos Aires in March 2019. Eyal is a member of the Jóvenes Por El Clima Argentina, an organization of youth climate activists in Argentina. He believes that people from his generation have the potential to solve the global climate crisis, but they need to be aware of what’s going on, and the way to do it so by spreading the word around.

“Be the change you want to see”, so the saying goes. These young climate activists are the change we need in society to have a sustainable future. Slowly but steadily our planet will heal from the wounds mankind has given it for generations. The recent reports about the healing of the ozone layer is one such ray of hope. But we have a long way to go. Thankfully, these young activists are here to pave the way for us. If you too are feeling inspired by these young climate activists, know that you too can contribute to the cause. This Earth Day, begin your journey towards saving the planet by first becoming aware of the situation. You can join the Earth Day Live 2020 broadcast at earthday.org and learn all that can be done.

If you enjoyed this article, you may also like:

Pursue a degree in Environmental Science

Plastic from Plants? Is it possible?

Earth is the only Planet where we can live. Let’s save our future. Let’s clean our earth. We should act now other wise our future is dieing.

Earth Day is a day that is supposed to inspire more awareness and appreciation for the Earth’s natural environment. It takes place each year on April 22. It takes place in more than 193 countries around the world. During Earth Day, the world encourages everyone to turn off all unwanted lights . The Earth Day was founded by United States Senator Gaylord Nelson as an environmental teach-in first held on April 22,1970.

A earth is very important to us.
Earth is our life so I am proud that climate scientists
Working to explore more so salute them for those
Hard work for earth

That’s surely true we should save our earth ?????

Our. Planet. Earth. Is. Inportant. From. Us

Like!! I blog quite often and I genuinely thank you for your information. The article has truly peaked my interest.

Plant different types of trees in lockdown to save our mother eath?. I too am planting