Listening to music is easier than ever before today. All you have to do is hit ‘play’ and the tunes start to flow. But have you ever wondered how this is possible? Just a few decades ago, the way we stored and consumed music looked very different. In the era of cassettes and CDs, we could actually see and touch our music. Today, music lives in the digital world, stored as a series of ones and zeroes in a place that we can neither see nor touch. How did we get here and what could music look like in the future? Let’s explore the fascinating world of music storage.

The challenge of storing sound

In the simplest sense, music is a collection of carefully composed and arranged sounds. As we all know, sound is a form of energy that is made up of mechanical waves, which means that ultimately, sound is just a series of vibrations. Our greatest challenge for the longest time was how to capture these vibrations and put it on a medium from where it could be faithfully reproduced.

The solution emerged in the 1850s, when a French bookseller by the name of Édouard-Léon Scott de Martinville came up with a brand new invention called the Phonautograph. The Phonautograph became the first device to successfully record the human voice. The recording, called a ‘Phonautogram’, consisted of a sheet of paper or glass covered in soot (the black carbon deposit left after incomplete burning of wood or coal). A gently moving brush or ‘stylus’ would trace the vibrations of the sound onto the soot, leaving behind white lines that corresponded to the sound waves. This was a breakthrough in sound recording.

Now that recording sound was dealt with, the next challenge was recreating sound by playing it back from the same medium. In the 1870s, a young Thomas Edison rose up to the challenge.  Edison experimented with different materials and his first breakthrough was the Tinfoil Phonograph. But there was a problem – while Edison’s new phonograph could record and reproduce sound, the recordings were noisy and not too clear. After experimenting with some more materials, Edison finally settled on the Wax Cylinder Phonograph, which was much less noisy than using tin foil. 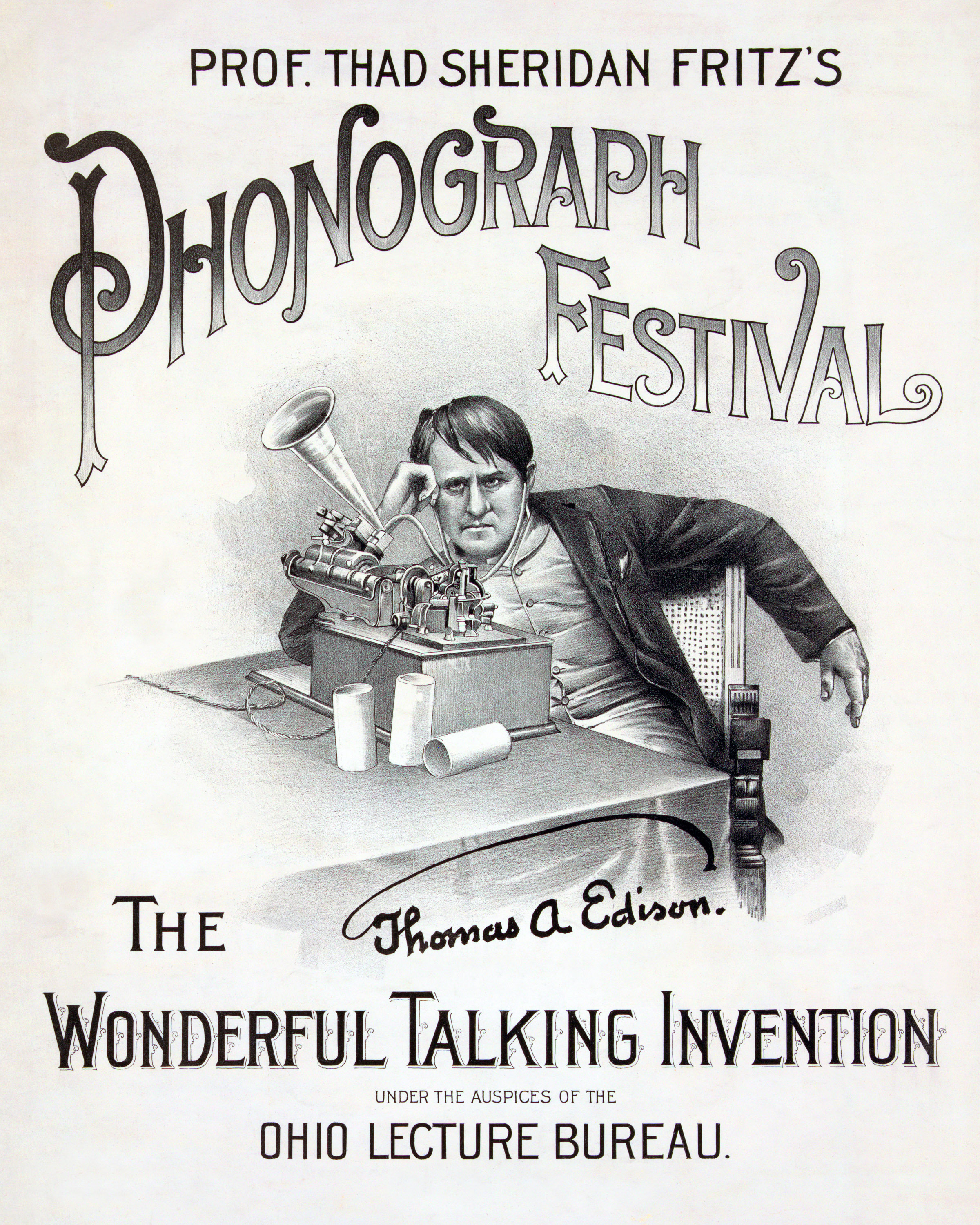 A 19th century poster for a music festival boasts of Edison’s Phonograph as “The Wonderful Talking Invention”.

Over the years, these wax cylinders took on many shapes and sizes till finally they were flattened to discs in order to make them easier to manufacture. These discs, called Phonograph Records, or simply Vinyl Records would go on to become the most dominant form of music storage for nearly a hundred years. This simple, flat disc design was so convenient that it would remain the preferred design for music storage well into the era of CDs and DVDs.

These ‘records’ would initially be played on a Gramophone, which would use a fine needle-like stylus to trace the indentations in the fine grooves on the record. The vibrations produced would be transferred from the stylus to a ‘diaphragm’, which in turn would amplify the music through a speaker. The gramophone eventually evolved into the modern record player, which to this day is still considered as one of the best ways to listen to high-quality audio. 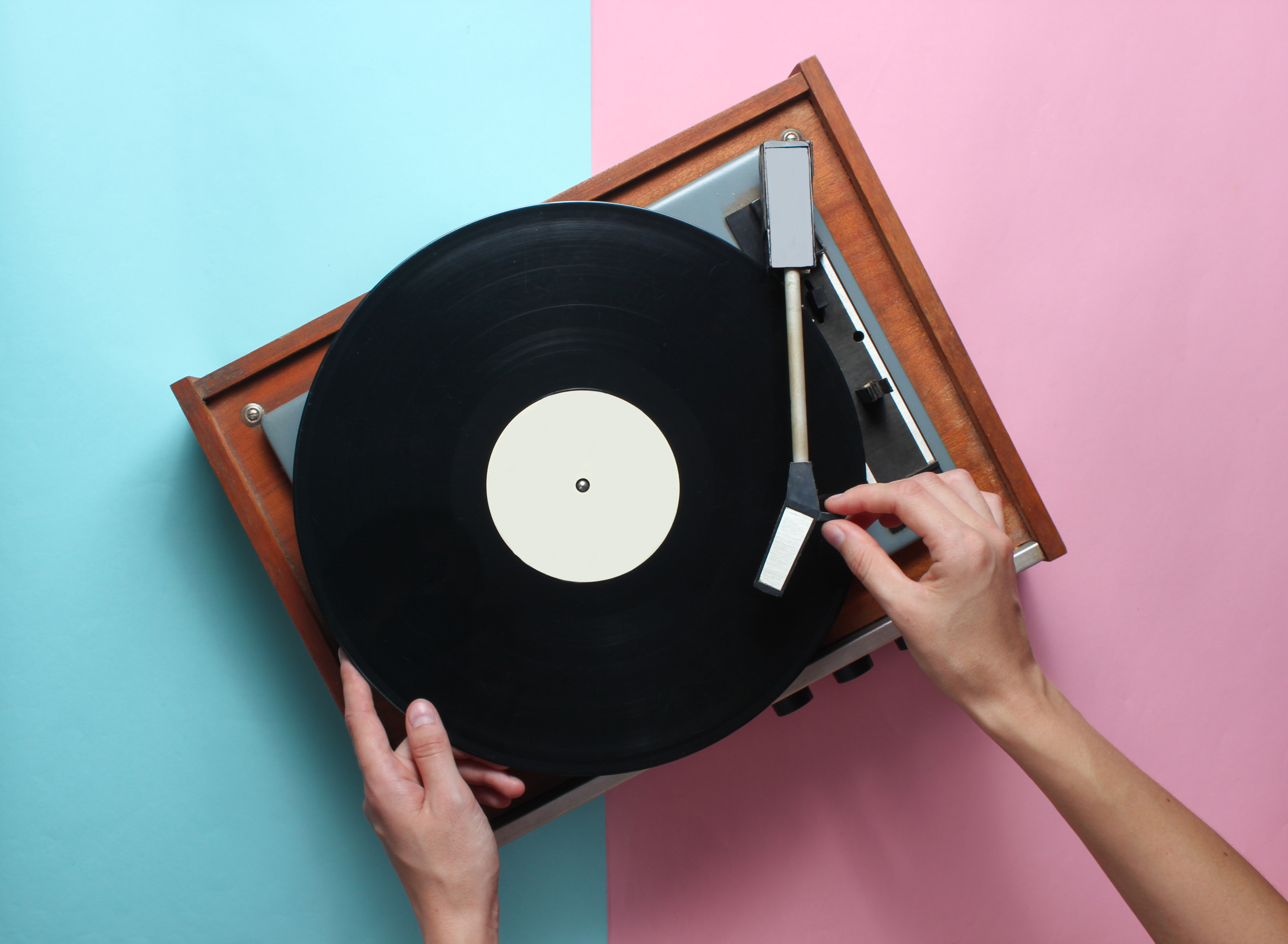 The vinyl record would remain a dominant form of music storage from the early days of the gramophone to the era of the modern record player.

The vinyl record made it easy to record, store and sell music. But even though they were easy to make and store with their convenient disc-like design, they were still pretty huge and clunky. A solution to this problem would emerge alongside a new era of scientific progress. In the early 20th century, the advent of electricity and our understanding of electromagnetism would change the way we stored and listened to music forever.

We know that sound is a form of energy and that energy can be converted from one form to the other. When we light a match, chemical energy is converted to heat and light energy. Similarly, sound energy can also be converted to electrical signals by mapping the vibrations of sound waves and converting them to electrical or magnetic signals. The ability to convert sound waves to magnetic waves gave rise to magnetic tape as a new and effective form of music storage.

In the 1960s, this would ultimately be made popular through the format of the compact and portable Audio Cassette. Thanks to its small size and easy portability, the cassette would be a gamechanger in the music industry. Automible companies quickly adapted to the trend by adding cassette players in their cars. For the first time ever, it was possible to listen to the music of your choice – and not just what played on the radio – while you were on the road. The idea of a road trip would be changed forever.

Then in 1981, Sony introduced the Walkman, a portable music player to play cassettes. For the first time ever, music was truly available in the palm of your hands, allowing listeners to take their music wherever they wanted, whenever they wanted! All you needed was a pair of headphones and reliable batteries!

The Digital Age & the Streaming Era

After making music truly portable with the Walkman, Sony went on to partner with Phillips to create the next generation in music storage. The Compact Disk or CD, invented in 1982 brought together the best of all worlds. It was compact, portable, cheap, could hold high-quality audio and best of all, it would last much longer than records and cassettes. This was because unlike records and cassettes, CDs did not rely on any physical contact to read or write data.

CD players are neither mechanical nor magnetic but optical: they use flashing laser lights to record and read information from the shiny metal discs. In a CD player, the only thing that touches the CD is a beam of light. The laser beam bounces harmlessly off the surface of the CD, so the disc itself remains free from wear and tear. 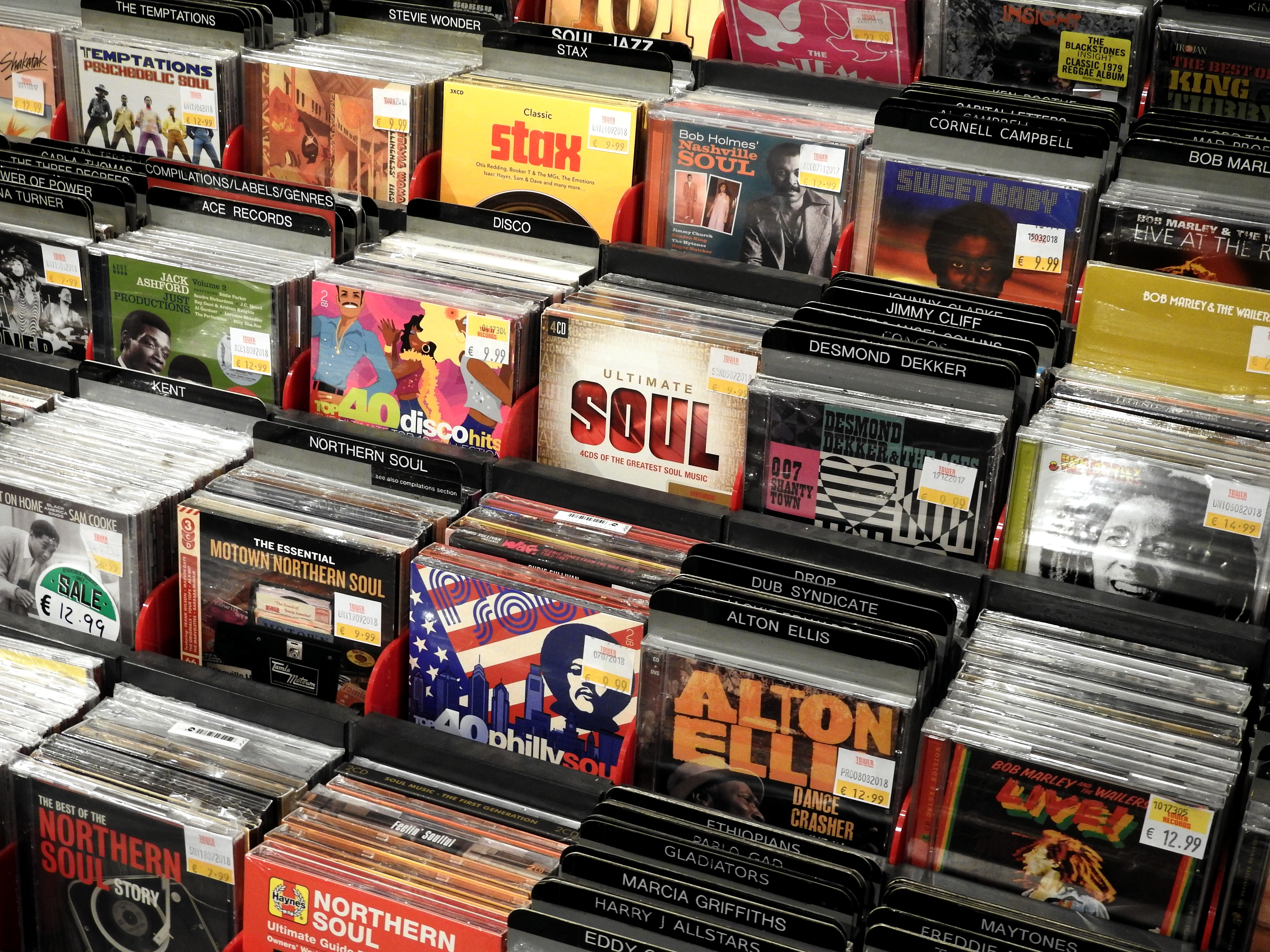 The era of Compact Discs (CDs) was the final phase where we could actually see and touch the music storage format.

But the era of CDs was unfortunately cut short by yet another revolutionary idea – the Internet. Now that music could be saved digitally, the internet enabled sharing music files across the world. A new format called the MP3 became the go-to choice for storing music. With MP3, it was possible to store thousands of songs on a pen drive or a hard drive. The 90s and 2000s became the era of digital downloads. In 2001, Apple released the iPod and the era of digital music was officially here to stay.

Today, CDs and MP3 have become a thing od the past. We are now in the era of Music Streaming. Music has become so invisible that we don’t even keep the digital files of the music we buy or listen to on our own device anymore. Music streaming allows us to listen to any song we want, just by searching for it and hitting the play button. This is what happens behind the scenes:

Streaming companies like Spotify, Apple Music etc. store vast libraries of music on servers across the world. When you play a song, your music player finds the nearest server that has the music and makes it instantly available to you. There is no need anymore to even store our music on our own devices. It can be accessed when required and continues to exist digitally on a server in some corner of the world.

The Future of Music Storage

As music storage became faster and easier than ever, something interesting happened. Music was also becoming invisible. Until the era of CDs, you had to physically go to the local music store and flip through albums to decide what you wanted to buy. You could touch and hold your music and there was a certain joy in collecting your favourite albums. Artists often put down their lyrics, elaborate album art and other snippets of information in the packaging of their records and CDs and this was almost as valuable as the music itself to some music fans. With the digital age, all this started to disappear.

But there is a surprising trend emerging. The vinyl record is slowly making a comeback as a popular means of music storage. Over 14 million vinyl records were sold in the United States alone in 2017, the highest recorded figures for the physical format since 1991. Of course, that number does look small compared to the 1 trillion songs that are played via music streaming every year. But vinyl record sales are on the rise in many parts of the world. Why could this be? Maybe it’s because there’s something innately human about the need to touch and feel our art. Maybe it serves as a lasting physical marker of the relationship between the listener and the artist. Maybe we just really like collecting things!

Meanwhile, it is also fascinating that in just 150 years, we have gone from storing music on wax cylinders to having our music exist in a stream of ones and zeroes on a digital ‘cloud’. Who knows where we could be in another 150 years. The future is full of limitless possibilities.

Love reading about music? Here are some more articles that you should check out:

Music and the Brain: How We Understand and Feel Music

How Music Can Help With Stress

Music and its Many Genres