Did you know that one of the key indicators of quality of life on Earth is environmental performance?

Sounds strange, doesn’t it? How can something that’s not human perform or get a score? But in actuality, the Environmental Performance Index or EPI is an important piece of information to understand how well we are taking care of the environment. The fact is, the success of humans depends very closely on the success of nature. Even though it may not always feel that way, we i.e. all living things on Earth, are part of a large ecosystem that we inhabit together. In that case, shouldn’t we celebrate the special moments in the lives of our furry friends the same way we celebrate human ones?

Here are five pieces of happy animal news from around the world that celebrate this inter-dependent relationship between us and Mother Nature!

Giant Pandas are no longer endangered 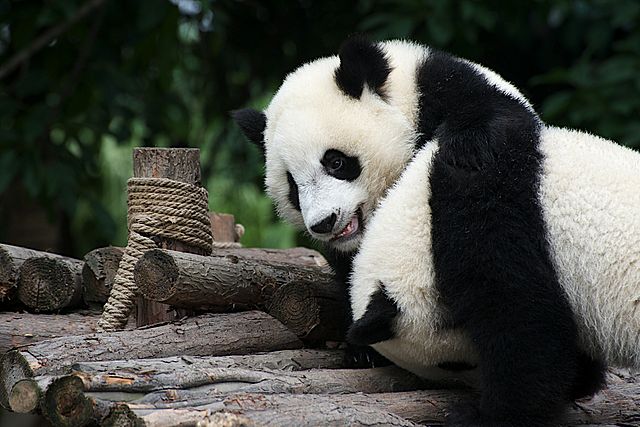 With a population of 1,800 outside captivity, the Giant Panda is no longer an endangered species. In the past, as the human population increased, the natural habitats of pandas were destroyed, effectively destroying the homes of these adorable, furry creatures. Not only did this leave the animals with lesser land to live on but it also resulted in food shortages for these bamboo-loving beings. However, following this, sustained ecological efforts over multiple decades were carried out. As per the Chinese government who released the news, preserving biodiversity and the natural habitat of pandas have resulted in their increased numbers in the wild.

Mussels could be the oceanic superheroes we were looking for Microplastics, i.e. pieces of plastic less than five millimetres in size are one of the biggest nuisances in the ocean. They are too small to filter out using modern-day technology yet they pollute water and cause havoc to the lives of marine animals. These tiny pieces of plastic usually come from disintegrating textiles and other debris. The hero, however, could be the simple mussel – a mollusc that filters water as a way to eat food. Scientists found that when mussels filter water in search of planktons to eat, they also collect microplastics and excrete them out. Even better is that doing this doesn’t seem to harm the mussel! They could be the key to making our oceans cleaner and more liveable for other marine species.

The Green Broadbill makes a surprise appearance near Singapore Thought to be extinct for decades, the Green Broadbill made a surprise appearance near Singapore this year. The bird, known for its bright green feathers, was spotted near the island of Pulau Ubin. The one spotted was a male of the species distinguished by the black patch on its wings and head. Ornithologists (people who study birds) speculate that the Broadbill may have been visiting from a nearby country given that these birds tend to be a tad nomadic. Even though researchers aren’t sure how long the bird has been on the Singaporean island, its re-emergence caused a lot of cheer! 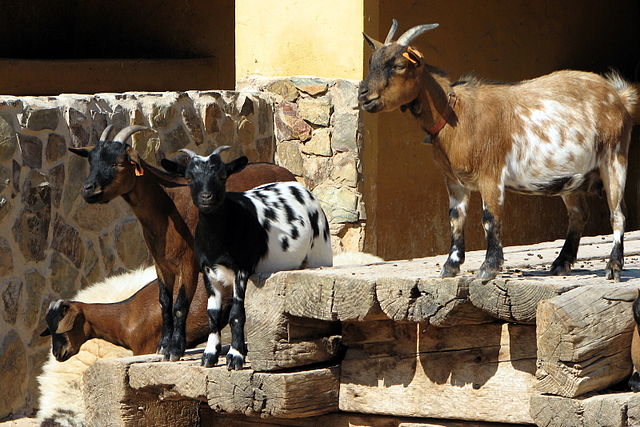 In recent years, Portugal has been victim to a series of wildfires that caused widespread destruction of natural habitats. While authorities have tried various high-tech methods involving drones and satellites to predict and prevent these fires, nothing seemed to work. That is until goats were put on the job. Back in the day when farming was a common profession in Portugal, farmers and shepherds would routinely take their goats to graze in the wild. This was when the animals would eat the small plants and bushes which otherwise would catch fire easily. Authorities are hoping that this logic works even in today’s times and have put goats on the job to eat the flammable undergrowth in hilly areas that usually lead to forest fires.

Bees are getting bus stops Bees are getting bus stops in the Engish town of Leicester. The city is installing wildflowers and plants on top of existing bus stops to encourage bees to pollinate and rest amidst the urban jungle. Bees are an important part of the ecosystem because their help in pollination is what promotes the formation of fruits, flowers and plants. By playing this important role in the pollination process, bees also support various other animals and insects indirectly. If it wasn’t for bees many other faunas may not have food or shelter!

Which of these pieces of animal news made you the happiest? Let us know in the comments!

Is the colour magenta an illusion?

Treat your Friends with these cool DIY Friendship Bands

I am really happy to know that Pandas are not endangered anymore. Thank you for sharing this information!