For many of us, mummies and mummification is creepy — conjuring images of a grotesque, linen-wrapped monster. Indeed, for many decades mummies have been a standard feature of horror movies and ghost stories where they are shown nothing short of a terrifying 3,000-year-old walking, talking corpse!

But in reality, mummification was a widespread and honoured tradition in the ancient world. It had deep religious significance to the people and was often performed by skilled specialists. It was a way to respect the dead or express an important religious belief — especially a belief in an afterlife.

How were mummies made? 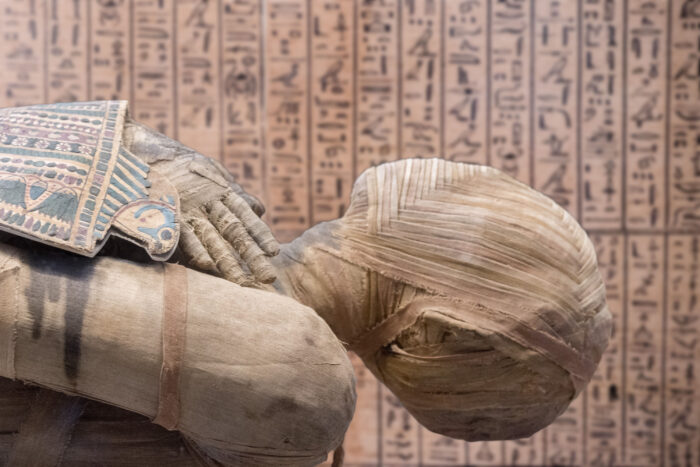 Mummification is the process of preserving the body after death by deliberately drying or preserving the flesh, which is called embalming. This typically involved removing moisture from a deceased body and using chemicals or natural preservatives, such as resin.

Mummies are also created by unintentional or accidental processes. This is known as “natural” mummification. This can happen when a dead body is exposed to extreme cold, very dry conditions, or some other environmental factor that stops the decay.

Did you know that the oldest mummy ever found is actually a natural mummy? Wrapped in a mat, it was found in a shallow grave in North America. The body was preserved by the dry atmosphere and thin air of the cave.

Any guesses about how old that mummy was?

In contrast, the oldest known Egyptian mummy dates to just over 5,500 years ago.

Another famous naturally preserved mummy is Ötzi the Iceman, who lived about 5,300 years ago. After Ötzi was murdered in what is now the Italian Alps, his body was preserved in the snow and ice. It was only in 1991 that some tourists discovered his remains. 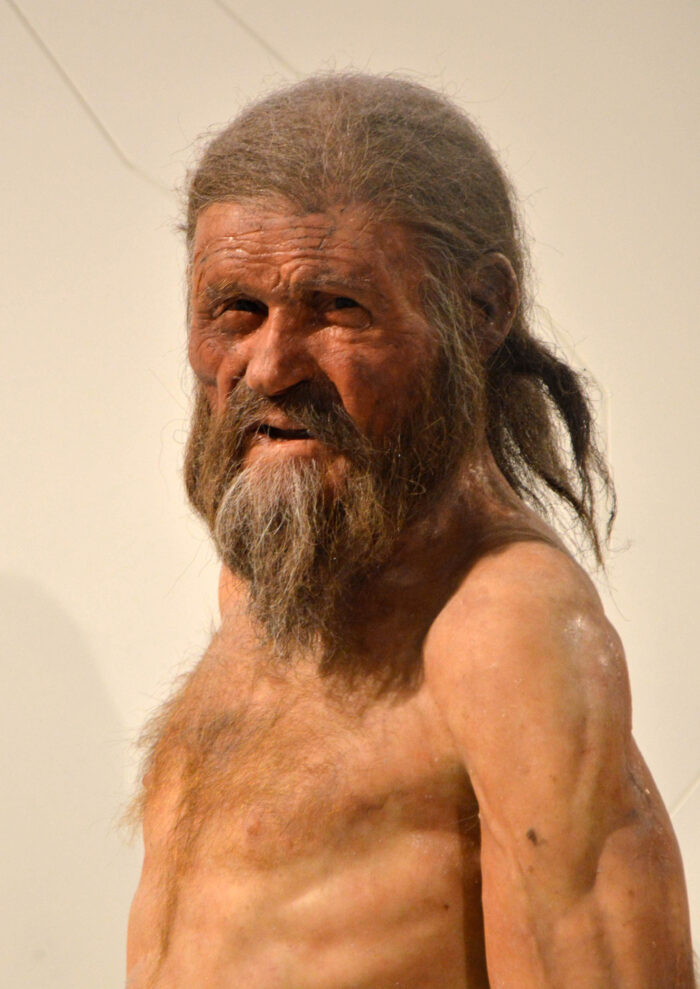 Reproduction of Oetzi the Similaun Man in the South Tyrol Museum of Archaeology, Italy 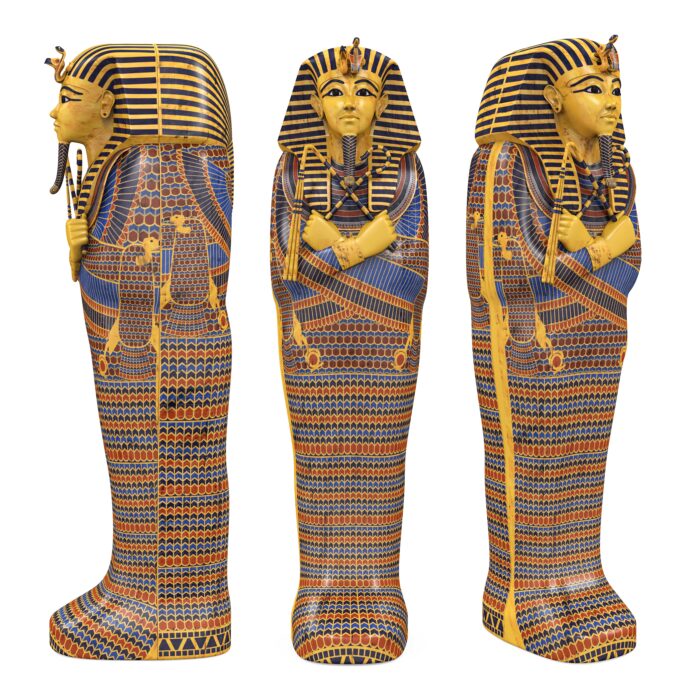 It was in ancient Egypt that mummification or the process of making mummies reached its greatest elaboration. Mummification in ancient Egypt was typically reserved for the elite of society such as royalty, government officials and the wealthy. Common people were rarely mummified because the practice was expensive.

You must be wondering that if the process of making mummies was so expensive and difficult then why did the people of Egypt make mummies?

Well, mummification in ancient Egypt was deeply entwined with their religious beliefs. The ancient Egyptians were obsessed with the afterlife. They believed that there is another life after life here on Earth, much like many religions today. 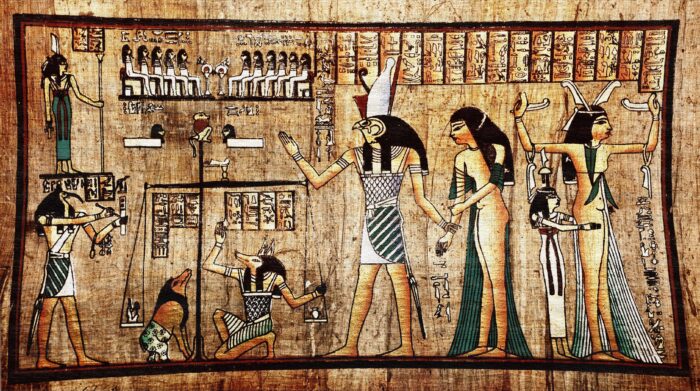 They believed that when a person died, their soul survived. This soul went on a journey where it encountered numerous divine and demonic beings. In order for the spiritual part of the deceased to make this journey, the body needed to stay intact. This is why the Egyptians placed such importance on mummification. And that’s why the procedure was undertaken with meticulous care.

How the Egyptians made a mummy

The process of making a mummy was a long and difficult task. It took around 70 days and involved various steps. The chief embalmer (the man who performed the mummification process) was a priest wearing a mask of Anubis. Anubis was the jackal headed god of the dead. This god was closely associated with mummification, hence the mask. 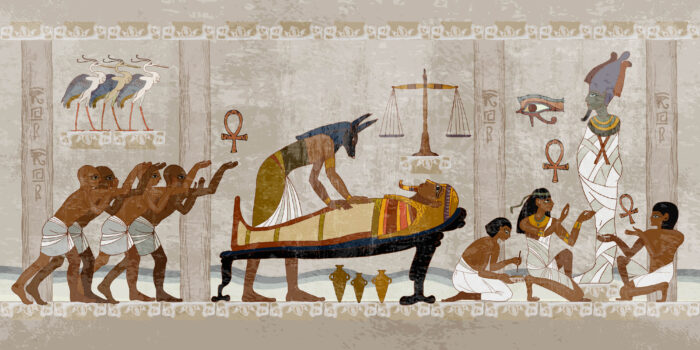 Here is the step-by-step process of how mummification took place:

Guardians of the Internal Organs 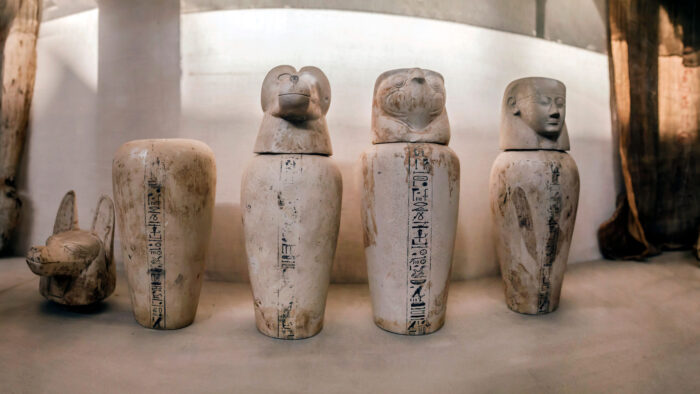 Canopic banks used by the ancient Egyptians in the process of mummification to store and preserve the internal organs of their owner.

The mummy’s internal organs that were dried out and stored in canopic jars were placed in a canopic chest in the burial chamber of the mummy.

There were four jars and each had a different stopper or lid depicting four different figures: 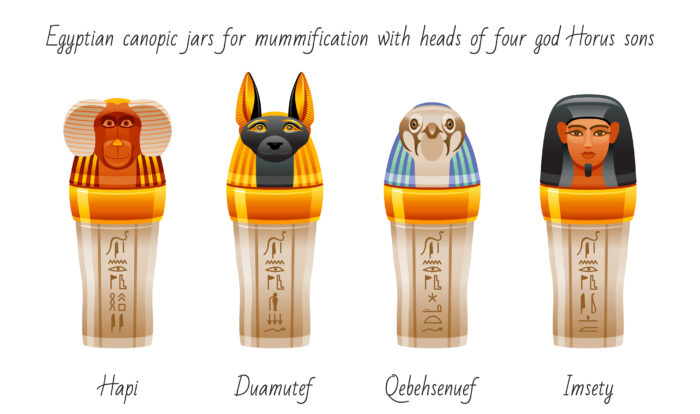 Qebhesneuf: a falcon watched over the intestines

Hapy: a baboon protected the lungs

Duamutef: a jackal looked after the stomach

These were the four sons of Horus. Horus was the ancient Egyptian God of the sky and the protector of the Pharaohs. He was usually depicted as a falcon or a man with a falcon’s head.

Treasures of the Mummies 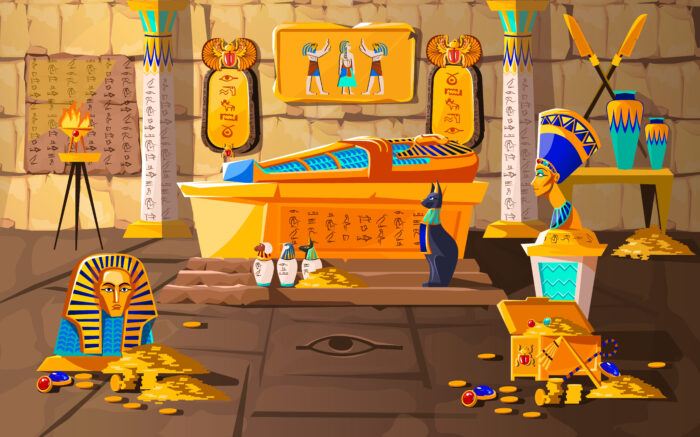 Mummies were buried with many different types of valuable objects. 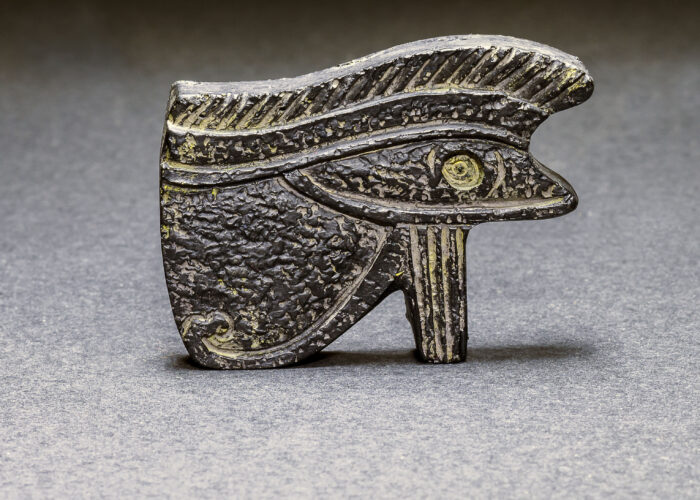 Amulet depicting the eye of the Egyptian god Horus

Amulets were buried with the mummy usually in and around the mummy bandages. These amulets were meant to protect the mummy after death. 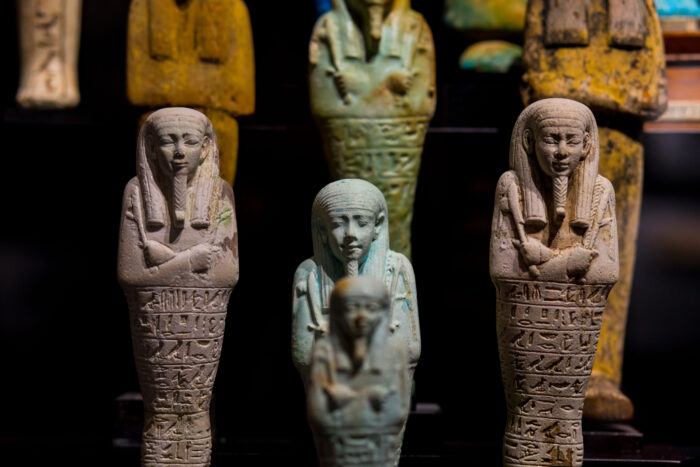 Shabti was a small statue usually in the form of a mummy. Various Shabtis were placed inside the tomb of the deceased. The Egyptians believed that these figures would come to life when called by the dead person and would serve him in his afterlife. 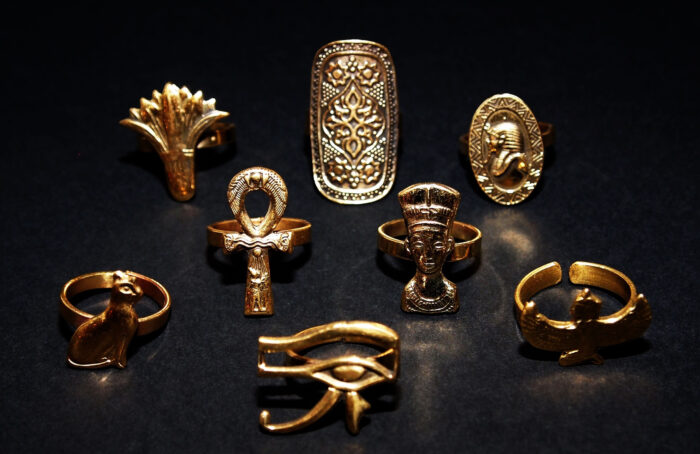 Mummies were often buried with many of their belongings that might be needed in the afterlife. If the mummy belonged to a very rich person, such as the Pharaoh, he would be buried with objects made out of gold, like ornate jewellery. A famous discovery was the tomb of Tutankhamun whose entire coffin was made out of gold. 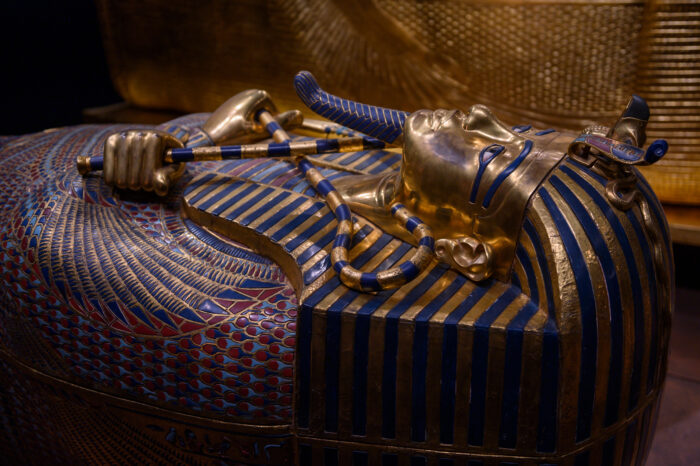 Furniture, models of farmers, bakers, millers and pottery have all been found in burial sites. All these were everyday items that the deceased would need to have a comfortable afterlife! 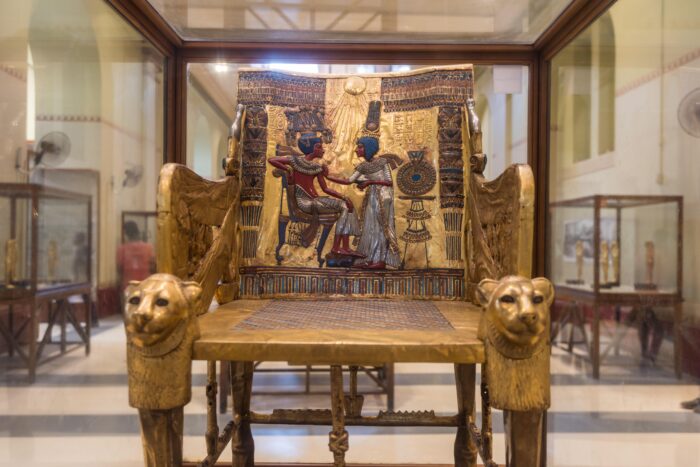 Pharaoh’s Chair in the The Museum of Egyptian Antiquities, known commonly as the Egyptian Museum or Museum of Cairo, in Cairo

Egyptian mummification gradually faded out in the fourth century, when Rome ruled Egypt.

The history of ancient Egypt and its pyramids are filled with mysteries. Do you know any such interesting facts about the ancient Egyptians? Tell us in the comment section below.

I didn’t know there could be natural mummies as well!
Thanks : )

This was a pretty good Explanation and Felt Good to read this. Just always continue to give such amazing facts and Stories

Really good efforts you have tried to figure out and distribute to us thanks alot mr.