There’s no doubt that planet Earth is awe-inspiring. Even with all its magnificence and majesty, the Earth can also be kind of strange sometimes!

Aside from the fact that it’s the only planet known (so far) to support life, it has a bunch of inherent quirks, from geophysical weirdness to the landscapes adorning its surface to the organisms it supports.

And the more we learn about Earth’s peculiarities, the more we grow to appreciate and treasure its many wonders.

So in this article let’s go on a tour of the strangest natural wonders—and keep an eye out for what the powerful planetary forces may do next. 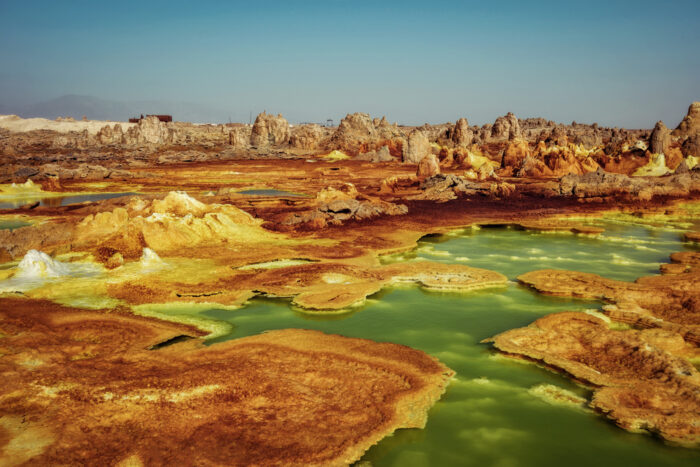 It’s been called one of the most alien places on earth — a “gateway to hell” and, in the words of British explorer Wilfred Thesiger, a veritable “land of death.”

The sulfurous hot springs, acid pools, steaming fissures and salt mountains of the Danakil Depression resemble scenes from a science fiction movie. But the area is very real — and it’s one of Ethiopia’s top attractions.

As a result of continental rifting, or the geological phenomenon in which the earth is literally pulling apart, the Danakil Depression exhibits multiple strange phenomena.

In addition to bubbling mud lakes, the hot springs at this eastern African spot are bright yellow and the lava is blue. 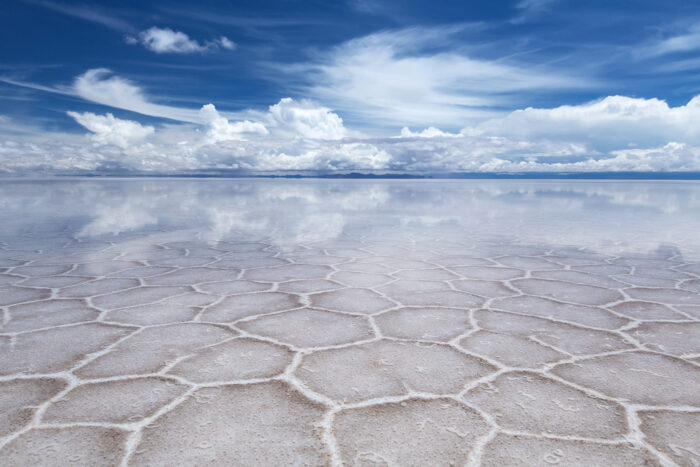 When a prehistoric lake dried up about 30,000 years ago, it left an endless expanse of white hexagonal tiles that stretch to the horizon.

Salar de Uyuni is a surreal sight, seeming to go on forever, as far as the eye can see. Indeed, this mesmerizing place is the largest salt flat in the world and so flat that when it rains, the water turns it into a huge mirror.

The site provides more than 25,000 tons of salt per year to local miners, supports a thriving community of thousands of flamingos, and attracts tourists who can check into a 16-room hotel made entirely from salt blocks. 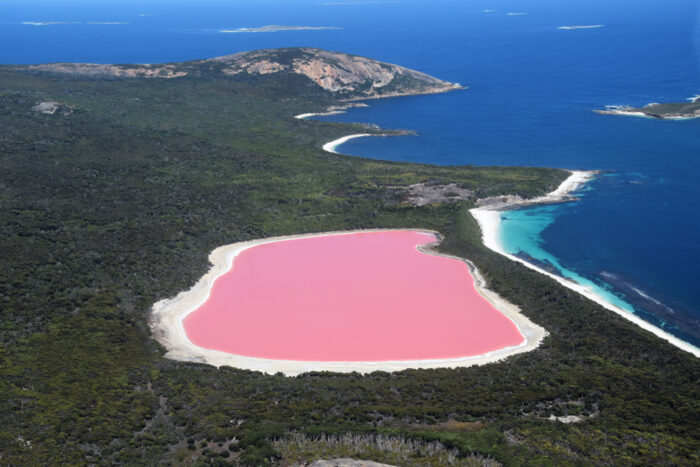 Australia’s famous pink Lake Hillier is a sight to behold. Discovered in 1802 by a Royal Navy explorer, its strawberry milkshake colour is deliciously awe-inspiring!

Exactly what causes the lake to be pink is up for debate but most scientists do agree that it probably has something to do with the presence of a specific species of microalgae.

These microorganisms produce a pigment called beta-carotene (which is also found in carrots). It is this pigment that is thought to give the bubblegum colouration to the lake’s water.

Lake Hillier is highly saline but the water isn’t toxic, so you can pack your swimsuit and go for a swim! Thanks to its high salinity, you’ll bob like a cork! When visitors stumbled upon scores of heavy stones that appeared to have moved across the dried lake bed on their own, leaving a tell-tale trail in their wake, scientists were baffled.

How had so many boulders, some weighing 300kg, moved as much as 250m across this remote part of the valley?

Adding to the mystery, some trails were gracefully curved, while others were straight with sudden shifts to the left or right. Who, or what, had moved the stones? A slew of theories emerged, from magnetic fields to alien intervention.

It took a NASA scientist to crack the case. In 2006, Ralph Lorenz developed a kitchen table model using a small rock frozen in an inch of water in a Tupperware container to demonstrate ice shovelling, the phenomenon behind the mysterious sailing stones.

In winter, Racetrack Playa, the place where these sailing stones are found, fills with water and the stones become encased in ice. Thanks to ice’s buoyancy, even a light breeze can send those frozen stones sailing across the muddy bottom of the lakebed. Stones with rough bottoms leave straight tracks, while those with smooth bottoms drift and change direction. Warmer months melt the ice and evaporate the water, leaving only the stones and their mysterious trails. The Yemeni island of Socotra is one of the most isolated islands on earth and the most isolated of continental origin. Stepping onto this far-flung land immediately evokes an extraterrestrial vibe, covered with dusty, rocky grounds and bizarrely shaped trees. The biodiversity of Socotra Island is so unique due to its isolation that plenty of its flora and fauna are non-native species elsewhere on earth. Perhaps two of the most iconic visuals of the island are the dragon’s blood trees, which only furthers the otherworldly look, being shaped like flying saucers. 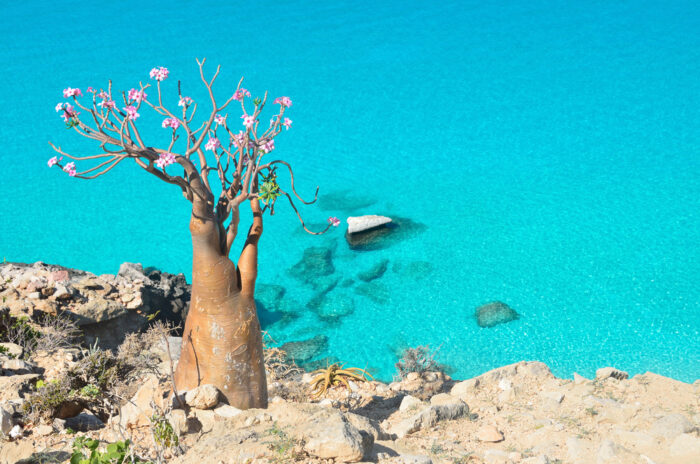 Then there’s the bottleneck tree – an extremely disproportionately shaped tree with a massive trunk and tiny branches with sparse amounts of flowers and leaves, all adding to the strange other-worldly look of the island. The Tianzi Mountain is the inspiration behind the world of the highly-acclaimed James Cameron film Avatar, with stark similarities between the mountain in Hunan province and the landscapes of the fictional habitable moon ‘Pandora.’ With narrow, towering peaks covered with lush plant life that penetrates the clouds, it looks like a heavenly realm.

Getting to the mountain would take you through snaking roads perching precariously on the lofty mountainside, guaranteeing a scenic but nerve-wracking drive. Aside from just the rocky range, there are other beautiful natural formations in the surrounding area, such as waterfalls, rivers, lakes, and caves.

These varieties of habitats make it a perfect space for wildlife to flourish, resulting in a rich variety of wildlife thriving there. 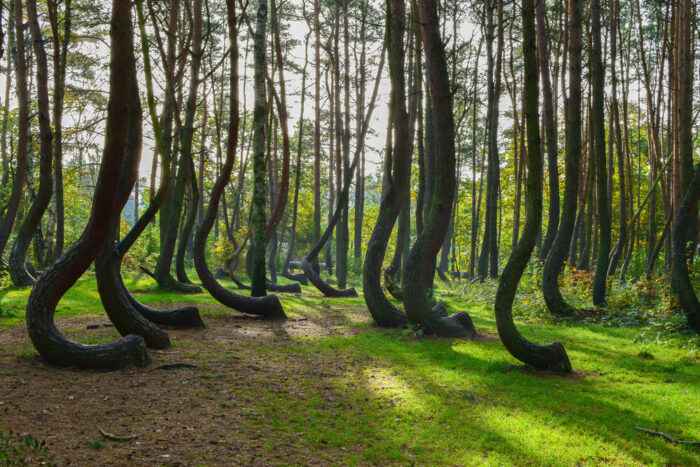 Just south of the unpronounceable city of Szczecin on Poland’s extreme eastern haunch, a stone’s throw west of the border with Germany, a small clutch of just over 400 pine trees has been garnering the attention of travellers and scientists alike.

The entire forest appears to be bent over almost 90 degrees at the trunk, before twisting back straight again and growing vertically towards the Slavic sky.

Debate has raged as to what caused the unusual wood to come to look like it has, with theories as wide ranging as torrential snowstorms and lumberjack growing techniques. The world’s coldest and perhaps most enigmatic continent is home to a blood-red waterfall that seeps into the ice.

Geologists originally thought the red colour was due to algae but the truth is actually much more interesting. It started around two million years ago when a saltwater pool was trapped inside the Taylor Glacier.

The sealed, airless lake’s high iron content and salinity caused the rust-red colour that eventually oozed out of a fissure in the ice.

Which natural wonder did you like the most? Do you know of any other such fascinating natural wonders that you find absolutely amazing? Do tell us in the comments below.

I liked the sailing stones the most because it is sooo mind-blowing 🤠😎😎!

It’s amazing to learn actually I liked all topics in that I liked “blood” “falls” Antartica.

I have read about the pink lake in my G.K. book,other than that I didn’t even listened about any of them.They were all amazing and the most dangerous was danakil depression, Ethiopia.

Awesome ! I love natural things and place because I am see only mobile ,tv but I am never going anywhere.

One I most liked was the Socotra island in Yemen

This is so strange 😲