What comes to your mind when you hear the words – biodiversity hotspots? You may think of names like the Amazon forests or the Congo Basin, more popularly known as the African Jungles. But did you know that our very own Western Ghats Belt in India is recognized by UNESCO as one of the world’s eight “hottest” biodiversity hotspots? 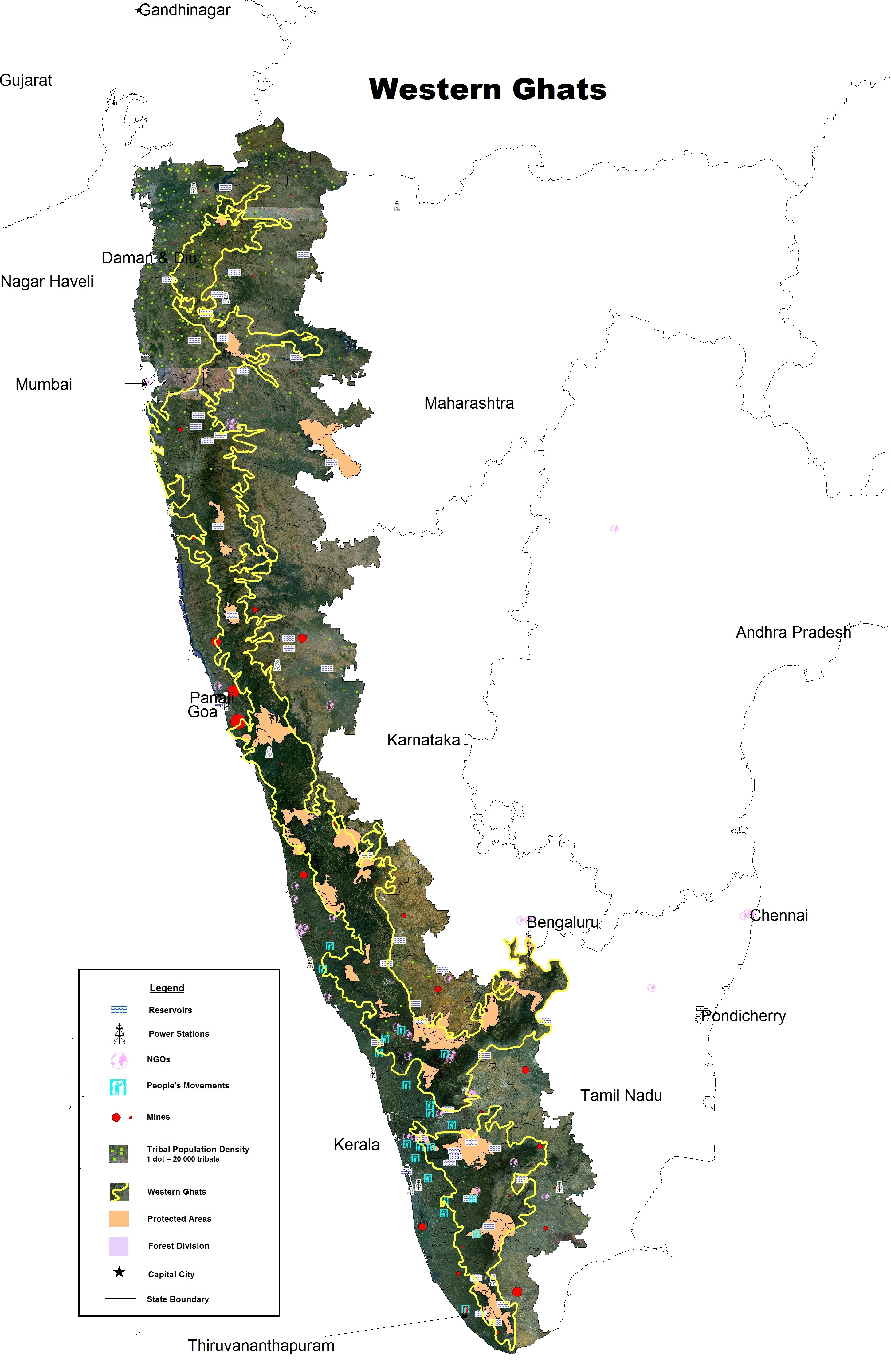 A biodiversity hotspot is defined as a forest area which fulfils the following two criteria:

The Western Ghats of India, also known as the Great Escarpment of India or the Sahayadri (Benevolent Mountains) is the region traversing the states of Gujarat, Maharashtra, Goa, Karnataka, Tamil Nadu and Kerala. It is an area stretching up to 1,600km has at least 325 globally threatened species. It comprises 229 plant species, 31 mammal species, 15 bird species, 43 amphibian species, 5 reptile species and 1 fish species. Of these globally threatened species, 129 are classified as Vulnerable, 145 as Endangered and 51 as Critically Endangered.

Apart from these endemic species, this amazingly gifted stretch of land has 7,402 species of flowering plants, 1,814 species of non-flowering plants, 139 mammal species, 508 bird species, 179 amphibian species, 6,000 insects species and 290 freshwater fish species. Some experts suspect that there are many undiscovered species in the Western Ghats. While only time will reveal these undiscovered species, let’s take a look at some of the most vulnerable and endemic species in the Western Ghats: These critically endangered frogs called Roarchestes ponmudi are endemic to the Western Ghats. Named after the Ponmudi hills where they were first discovered, they were later found in other parts of the western ghats like Wynaad, Idukki, Thiruvananthapuram in Kerala and the Valparai in Tamil Nadu. This lizards scientific name is Hemidactylus prashadi. It is also known as Prashad’s Gecko aka Bombay leaf-toed gecko. It is a rare type of lizard, endemic to the Western Ghats. Its name is in honour of Indian zoologist Baini Prashad. 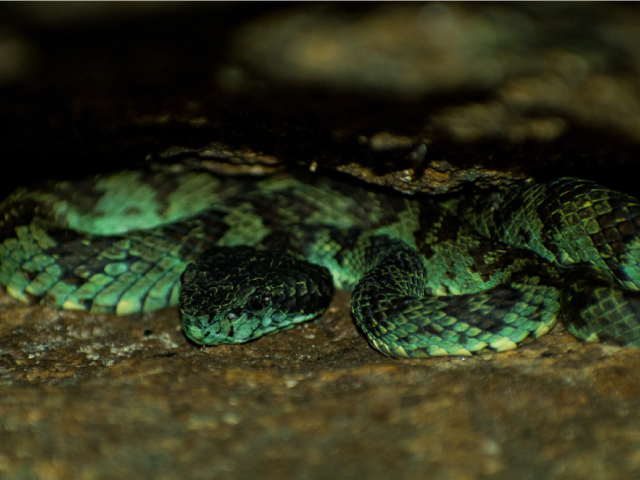 This venomous snake endemic to the western ghats goes by many names like Trimeresurus malabaricus, commonly known as Malabar pit viper, Malabar rock pit viper, or rock viper. It is nocturnal and usually inactive during the day. More commonly encountered during the months of monsoon, it preys on frogs, lizards, nestling birds, musk shrews, mice and other small animals. 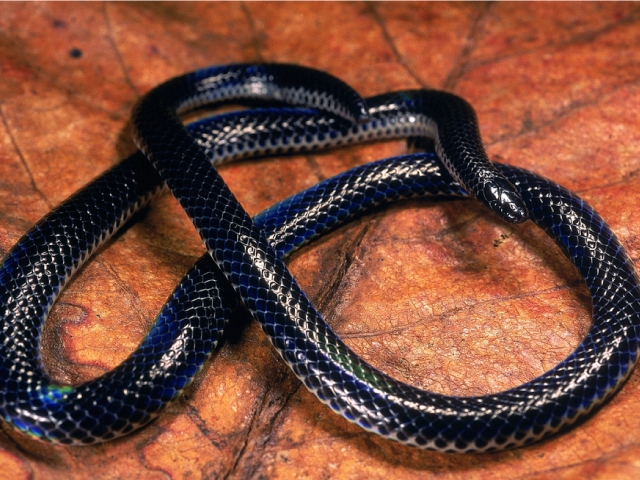 This non-venomous shield tail snake is known for its smooth and glossy skin which is useful in warding off debris during borrowing. Just like the Malabar Pit Viper, this snake too is active typically during rainy nights. Typically found in dense forest and around rubber, areca nut or coffee plantations in the hills of southern India. Usually found in pairs, these birds feed on figs and other forest fruits. They are known for their loud laughing and cackling calls. The only Marten species native to India, Nilgiri Martens are endemic to Western Ghats. Martens are a type of mammal known for its slender, agile body and its beautiful fur. Martens are omnivorous animals known for gnawing on soft materials like fruits, vegetables, small mammals and some insects. 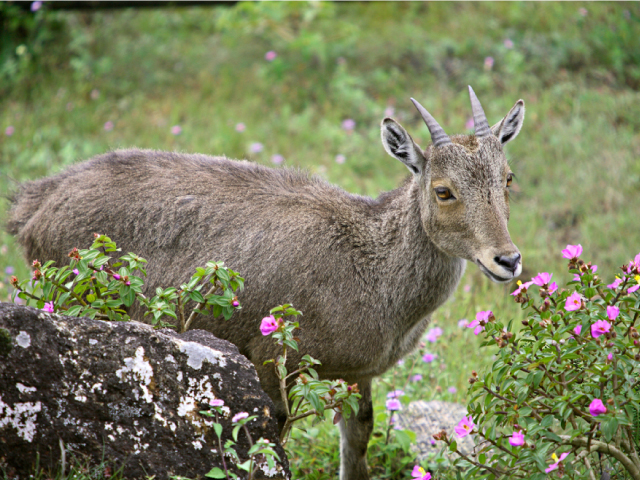 Nilgiri Tahr is the state animal of Tamil Nadu. It is an ‘ungulate’, meaning it belongs to the group of large mammals with hooves like horses and rhinoceroses. Interestingly, despite its name, experts believe that its closest relative are sheep and not other tahr species like the Arabic tahr or Himalayan tahr. These birds scientifically known as Eumyias albicaudatus are restricted and endemic to the Shola forests of Western Ghats and Nilgiris. It is known for its distinct dark, steely indigo blue colour in the forehead observed in males. As the name implies the Nilgiri flycatcher catches its prey while in flight. The Mrigal carp or the white carp is a species of ray-finned fishes (i.e. bony fishes) in the freshwater fishes family aka Carp family. Its only surviving wild population is in the Cauvery river. The Mrigal carp has been marked as vulnerable by the International Union for Conservation of Nature (IUCN).

It goes without saying that given their vulnerable numbers, all these species deserve to be saved from extinction. The governments of the respective states of these forests have imposed strict anti-poaching/hunting/fishing laws ever since UNESCO identified the Western Ghats as a biodiversity hotspot. The good news is that some reports suggest that since then, there has been a significant improvement in the number of these animals, birds and fishes

It is impossible to capture all the natural treasures of the majestic western ghats in one article. Beyond the many species of flora and fauna in the region, Western Ghats are also gifted with many amazing waterfalls. The Jog Falls in Karanataka, Doodhsagar Falls in Goa, Thoseghar Waterfalls in Maharashtra, Courtallam Waterfall in Tamil Nadu and Anthirappilly Waterfall in Kerala are, amongst many others, are a sight to behold. 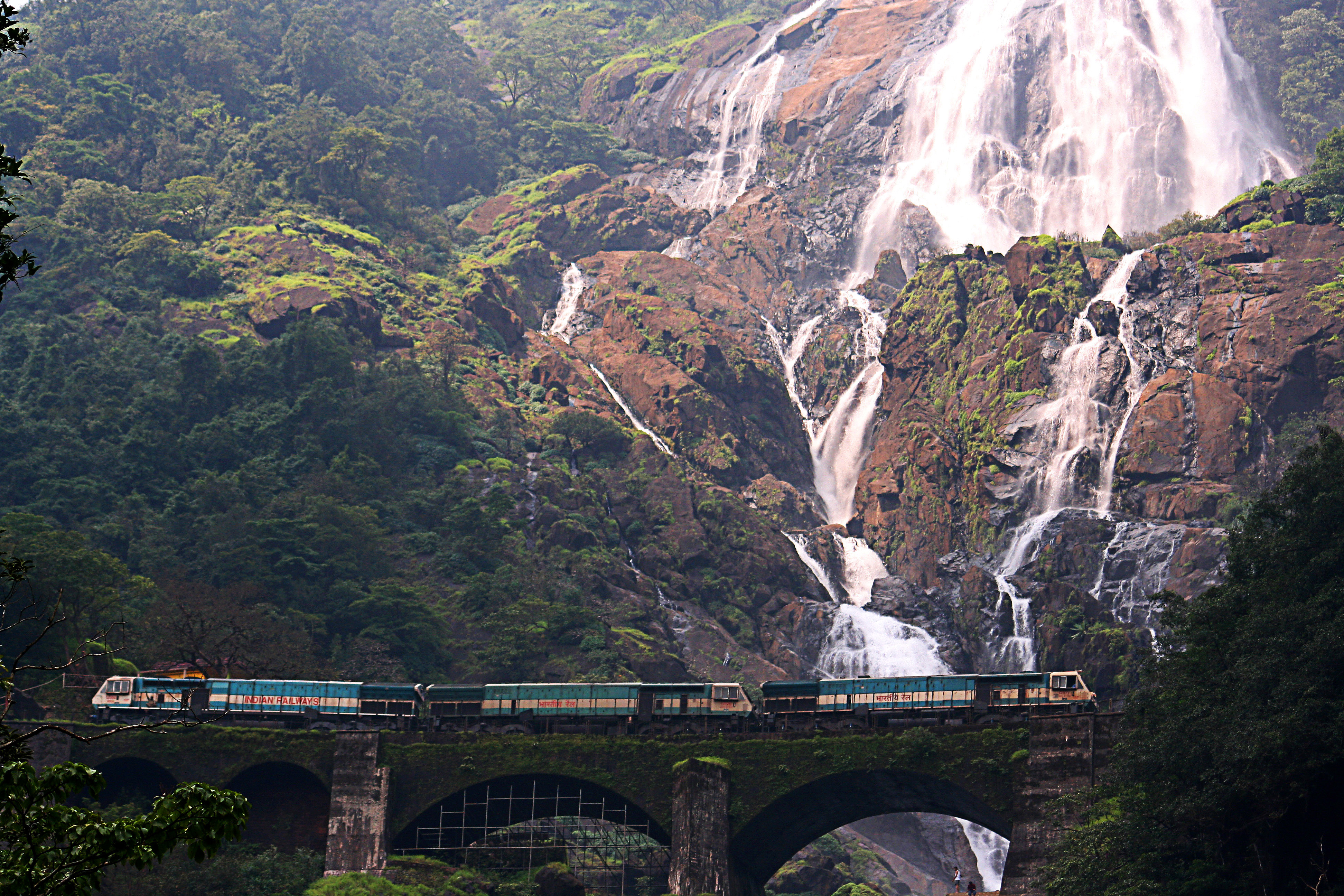 Apart from the many natural wonders, the Western Ghats are also gifted with the manmade wonder – The Konkan Railways (KR). KR is an engineering marvel passing through a tough, mountainous terrain of 760 km. A journey to Goa, Karnataka or Kerala via the Southwestern Railway route by train will leave you with many breathtaking views, as depicted in the picture above. The Konkan Railways were built in a span of just 8 years starting in 1989.

Mr E. Sreedharan, a civil engineer and retired IRSE officer, popularly known as the ‘Metro Man’,  is credited as the brain behind the Konkan Railway Project, as well as the Delhi Metro, Kolkata Metro and Kochi Metro train projects.

Let us know in the comments section if you found this article informative and fun.

If you liked reading this, you may also like:

Numbers in the Wild: How Much Maths Can Animals Do?

A Lockdown for Humans, A Party for Animals

This article was really amazing ?.I learnt many things ??

More interesting but I can’t visit this place. I am more like to see the animals as pictures.???????

This information of India is
very useful for general
knowledge. I was not knowing about
the greatest wealth of India which
is the flora and fauna of India.
This I understood by the article.
Thanks very much as I like biology
very much.

Really an informative article….even I didn’t know that our country has so many beautiful species…but byju’s let me to know aboutthese..
Thanks ?

Wow,quite amazing and interesting too???

Wow,quite amazing. I never know there are these types of creatures. Interesting ???

I never heard these animals

The lockdown is a beautiful holiday for the faunas!

I live in goa state where the Doodhsagar falls is

This article was really interesting. Especially the Melanophidium, Nilgiri Marten, Nilgiri Flycatcher and the waterfalls were amazing

Really interesting…..and adventurous too to visit….but I wanna go and visit Manali….which is my dream place….but in this lockdown I really wish that byjus will post an article on manali too….????

Wow! Simply amazing. I never knew that such beautiful creatures
Exists in india.
Our country has very unique and extraordinary flora and fauna.
????