What If? #006: What if the Sahara Desert was Covered With Solar Panels?

Submit your ‘What If’ question

The latest question of the What If? series comes to us from Manashvi Singh of Amritsar, Punjab, who asks:

“What if the Sahara desert was covered with solar panels?”

In a time when it is crucial to find sustainable alternative sources of energy, solar power has become one of the leading contenders for a working solution. Solar panels are cheap to produce, rely on an endless supply of natural energy (the Sun) and produce practically no waste products directly. But how much solar energy would we need to power the whole world? What if we were to cover the largest desert on the planet with solar panels? Would that be enough? Would it even be possible? Let’s try and answer Manashvi’s question.

The sheer size of the Sahara desert might actually surprise you. It spans a whopping 9.2 million square kilometres. That’s thrice the total area of India! In fact, if the Sahara was a country by itself, it would be the fifth-largest in the world, ahead of Brazil and just behind China!

As you can imagine, covering the entire Sahara with solar panels would be a huge task. But assuming that we did, would it provide energy for the whole world?

According to NASA, the Sahara receives an average of 2,000 to 3,000 kilowatt-hours of solar energy per year. A kilowatt-hour (kWh) is a unit of measurement used to quantify energy. 1 kilowatt-hour is the energy consumed by a device of 1 kilowatt power in 1 hour.

Assuming we cover the entire desert with solar panels that work at 20% efficiency (this is the efficiency of common solar panels used in homes), it is estimated to produce around 2,760 trillion kWh per year. The entire planet put together needs 23,398 billion kilowatt-hours every year. Now, these are big numbers, but if you remember your number system and do some basic division, you’ll realise that the Sahara’s solar panels would produce roughly 10 times the energy needed by the world. So why haven’t scientists and engineers tried to harvest all this energy yet?

As always, when it comes to interfering with nature, things are not always that simple. Even seemingly small changes to the natural order of life, particularly in sensitive ecological regions like deserts and rainforests, can have huge side effects. Covering an entire desert with solar panels is making a major modification to nature and can have strange consequences.

Scientists believe that covering the Sahara with solar panels could increase vegetation in the area by up to 20% and even cause unexpected amounts of rainfall. Seems completely opposite to what you would expect, doesn’t it?

You see, Saharan sand is extremely light in colour, which means it tends to reflect a lot of light and heat back up into the air. If we enveloped this light sand with dark solar panels, it would mean that a majority of the sunlight and heat would be absorbed and not reflected back into the air. This would cause the ground temperature to increase. You know that warmer air rises upwards. In this case, it will head up to regions of the atmosphere where it’s cooler. The moisture there would then condense and fall as rain.

Speaking of sand, ever wondered how are sand dunes formed?

And just like that, one of the most unforgivingly dry regions on Earth would turn into a lush grassland! The impact this would have on the wildlife is hard to predict, but entire species of plants and animals, especially the ones well adapted to desert life, could go extinct, unable to cope with the sudden change in the environment!

Setting aside the risk of causing a global catastrophe and a mass extinction event, we will also have other logistical problems. Apart from the monumental task of covering 9.5 million sq km of land with solar panels, there is the big challenge of storing and also transporting all this energy to the rest of the world.

While transporting the captured solar energy to West Africa and even across the Mediterranean to Europe would not pose that big a challenge, doing the same to faraway continents like the Americas and Australia may not be that easy. With thousands of kilometres of power cables required to transport the energy, power loss during transmission would be a tough issue to tackle and the maintenance work would be a nightmare!

So there you have it! Although it would be theoretically possible to cover the Sahara with solar panels in order to harvest the world’s energy needs, the execution would perhaps raise more problems than it would solve.

Did you enjoy reading this? Check out the previous editions of the ‘What If?’ series:

Submit your ‘What If’ question

Also, check out our new series Tell Me Why where we answer your questions that you’ve always wanted to ask but never could! 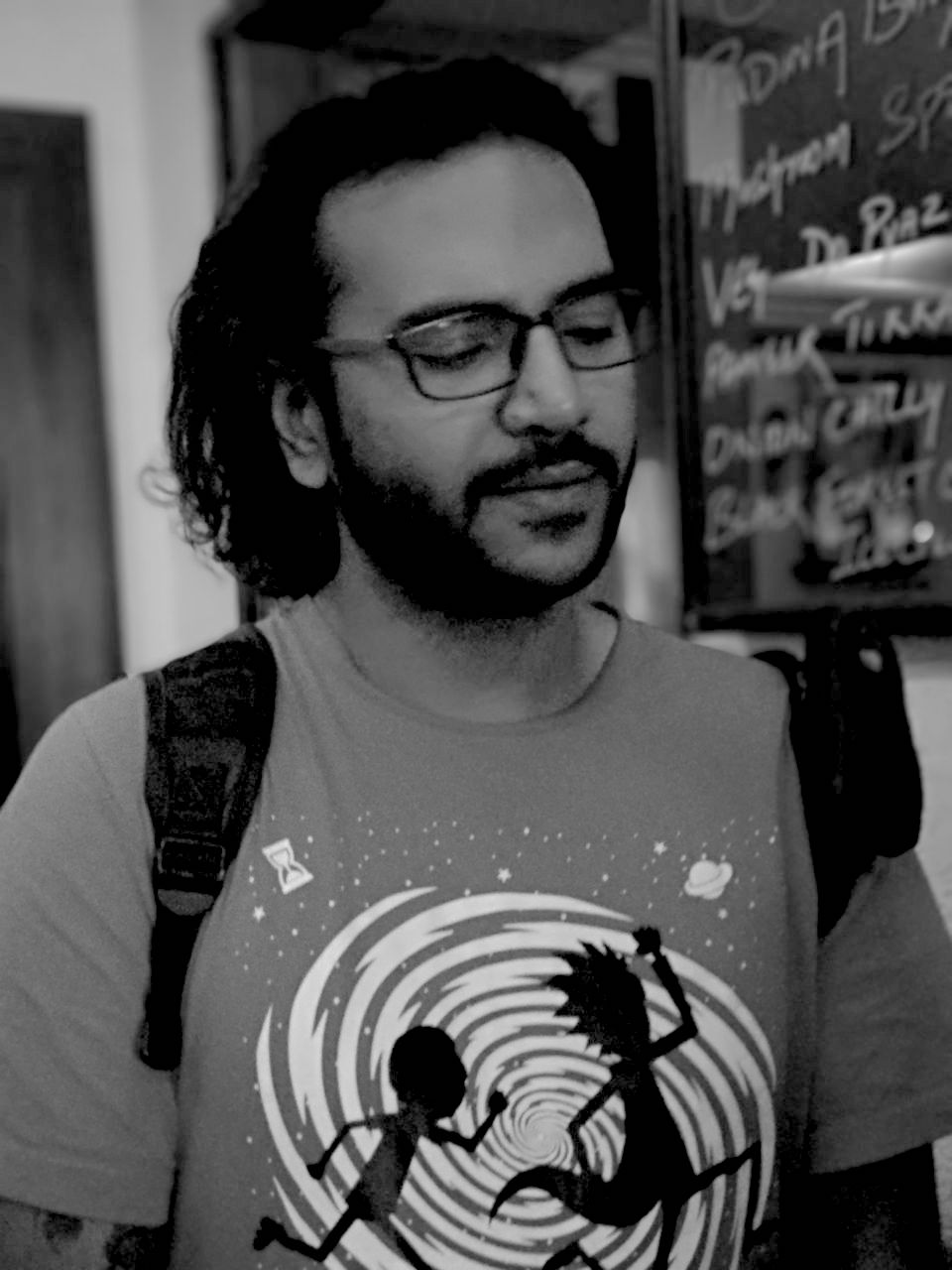 Wow never ever thought that this can also happen

What if our planets core coll down

What if the sun dissappear from the universe?
What if dessert camels didn’t exist?

I also have a question ? What happens if a person sleeps for 1 month continuously ?

What if there is no gravity

Wow I wouldn’t want the whole world to be on fire!!!!

What if the network technology delete from the world when it was online class?

That’s great idea, if we had solar panels in Sahara it would be great because wastage of electricity will be stopped. It will be a good source of electricity!

If we can we could build a ‘Dyson sphere’ to power our earth by using any other star except our own sun, by using advanced technologies.

I had a question also and that is:
WHAT IF HUMANS EXTINCT SUDDENLY?

What if the whole moon is made up of cheese

What if , dinosaurs didn’t go extinct ?

yes its a good idea but then the largest desert would be the largest power producing desert . and also harms nature….

This idea contains both good and bad effects.

Wow!! never thought of it in this way.
Best learning app ever
Thanks.

I don’t think its stupid, just very impossibly hard. If it works, it can power the world!! It is a great possibilty and a really good question! Only just a Herculean ask. 🙂

Yes it is good morning ??

What if alien ever come to our planet?

I really enjoyed reading this article!!

Wow it is impossible but if it could be possible than the world would be on a great ? profit….

What if we put wind mills on coasts ?
My question to you Mr byjus

what if animals could understand and communicate with people??

Interesting article, very informative and I got to learn new words like: kilowatt

I’d there is this many solar panels then we don’t need to use petrol and diesel and also there will be no air pollution but still cigarettes can still pollute the air pollution and we infinite energy.

Also the whole world needs to be together as the electricity produced will be transferred to the whole world…..which would not be possible due to the constant conflicts around the world
Secondly we will have to take permission from the countries which have sahara desert as a part of their country as it is their land that we are using

I would really like this series…
This gives us more information than normal theoretical knowledge in a book!!By the way I also had a question…
What if the Sun was not the main source of energy on Earth??
Would organisms adapt??

What will happen if we cover such part of sahara desert with solar panel where there is no rain, no vegetation and no wild life is found. ???

What if pacific ocean covered with sand

We could supply electricity to some small poor countries

This was amazing idea. Must also be suggested by a creative person!! The explaination was also very informative and helpful

What if , if we don’t take medicine in time ?

If Sahara Desert was covered by solar panels overall then it would double the rainfall in the region and increase vegetation cover by about 20 percent. … The warmer would rise from the desert to high altitudes and condense as clouds. This same moisture there would periodically fall as rain.

Oh my goodness , it was me who gave this question one year ago and I didn’t expected to have it get featured ?. This question just popped in my head and without thinking I asked it. Now looking back at , it is a stupid question but still informative haha. Thanks for answering my question Byju’s !

There’s no such thing as a stupid question! Thank you for your question Manashvi. We hope you enjoyed reading this. Stay curious and keep learning! And stay tuned for more editions of BYJU’S ‘What If?’

Wow That is more than we need

What if desert is not there

That was a great idea . You can use it for replace windmill.
But u can lol

It’s true .we can try this.

Woah that is some Good Info. Nice Job??

That is hectic,this is a stupid idea to give solar planets on sahara LOL?????

If we can we could build a ‘Dyson sphere’ to power our earth by using any other star except our own sun, by using advanced technologies.
https://en.wikipedia.org/wiki/Dyson_sphere