After her win at the recent Asian Championships against Korea, Aayushi Roy shares her illuminating tale of months of practice and preparing for the biggest challenge in her life without having to compromise.

Being a National level ice hockey player at the age of 16 is no small feat; But Aayushi Roy, with her cool demeanour and tactical play, strut through the national trials in the month of August to join the team. A 11th grade, medical student, she seems like an everyday student from afar, but few would realise that she packs a powerful game, and some astute skills on the rink.

When we first got in touch with this young prodigy, she was a week away from the Asian Championships being held in Korea. Having spent two months in a hotel in Chandigarh, she trained constantly away from family and her friends in Patiala. Her days went by with little time for small-talk and relaxation or even studies as she practiced 8-9 hours everyday. What started as a love for skating inculcated by her mother in the 8th grade, soon turned into a passion, and Aayushi wanted to be the best at it.

“ Sports were always my favourite, since early childhood. While other kids sat around and chatted with each other, I was always the one sprucing them up, pulling them up for some sporty activities,” quotes Aayushi in a matter-of-fact way, agreeing to the fact that sports are a better way of spending one’s childhood. 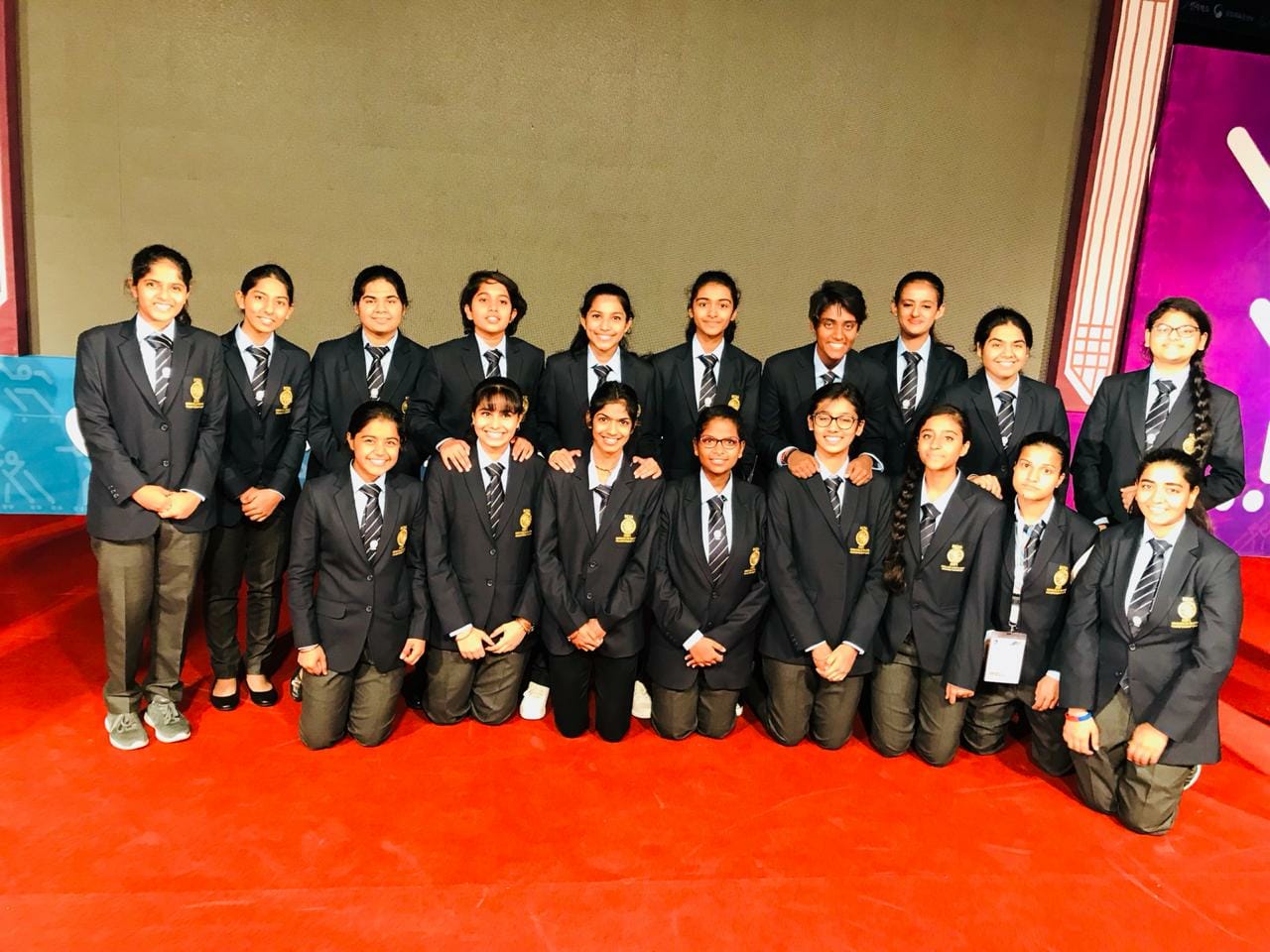 The quest of learning

Practicing constantly for 2 months, preparing for an international championship, travelling to different countries- these are taxing, challenging and often nerve-racking experiences for even the maestros of sport. But the biggest challenge is at the crucial school-years! Amidst preparing for medicals and board examinations, Aayushi had to be shipped off for her preparations, but managed to make time for her studies in between the sessions. Not wanting to compromise on her studies or her game, her parents found the perfect learning platform to aid her along the way.

“It was all thanks to the BYJU’S app! I had to take leave from school for several months, but no matter where I was, in some remote city, or different country with no internet connection, BYJU’S was always with me. Going through textbooks always demanded more attention and time which I never had the luxury of giving, so BYJU’S stepped in to form the perfect mode of learning. Not just learning, but experiencing and enjoying studies. It has been the only way I managed to cope with all the sessions I missed out in class.”

Aayushi adds in that her favourite chapter on the app is the explanation given for Differentiation and Integration – “ I fell in love with Physics thanks to the app, With explanations so graphical and examples in context with the real world, it takes only about a few minutes to understand a topic completely, and then I remember it forever!” When asked about her idol or source of inspiration, Aayushi states that there was never one person that inspired her. Over the years she grew to admire many people and learn from them equally. “My uncle was a national-level golf player but retired from a severe wrist injury, he inspired not just me but his son as well who followed him in the realm of sports. Surprisingly, Youtube has also been a source of inspiration for me – I was able to improve and work on my dribbling and punching after watching several videos,” Aayushi laughs as she states this fact.

Along with the others, the Chandigarh men’s team and her coach from Italy are two big sources of inspiration – “Even though it is a little overwhelming to see them performing in the rink, I hope someday I can reach their level of gameplay and bring laurels to the country.”

A new world for girls Women have always thrilled the world with their impeccable gameplay and wide range of talents, but for an Indian girl to enter the world of ice hockey – that is a story very few hear of, or get to be a part of. As an Indian teenager, Aayushi’s views on Indian sports, developed with the years as she saw Football and Kabaddi entering the limelight with Cricket. Selected to join the national team from a troupe of 25 people, she carried in her the hope that someday Indian girls would be brave enough to step out and experience the world in more ways.

“ I believe crimes against women would reduce drastically if girls participated in sports from a young age. Playing a game like hockey is enough to make me stronger, not just physically but also mentally and emotionally. The level of confidence these sports build up in you in unparalleled, there would be no room left for self-doubt and nobody would ever take advantage of you,” Aayushi states in a determined voice.

Aayushi and her team of 16 brilliantly talented and hard working girls went on to bag Silver at the Asian Championships in Korea. After the celebrations and the cheering, she is on her way to spend a month’s time catching up with all the course material for the year and prepare for her half-yearly exams, all with the help of the BYJU’S app. She hopes to don the Indian blazer, jersey and bag one day and give her family the chance of watching her on television, winning a gold for India.

A huge thanks to Ishita Tyagi, Aayushi’s mentor, who encouraged her and guided her in her journey to moving towards personalised learning and towards becoming a better learner.