What do you think of, when you hear the word ‘robot’? Most people think of a machine which performs a few functions blindly – based on the programming embedded in it. Some may even think of it as a fun household help, or a rover on the Moon. However the future of robotics lies in making robots as human as possible – to make them understand the human language, gestures, emotions etc, and replicate them to make them more efficient on the long run. 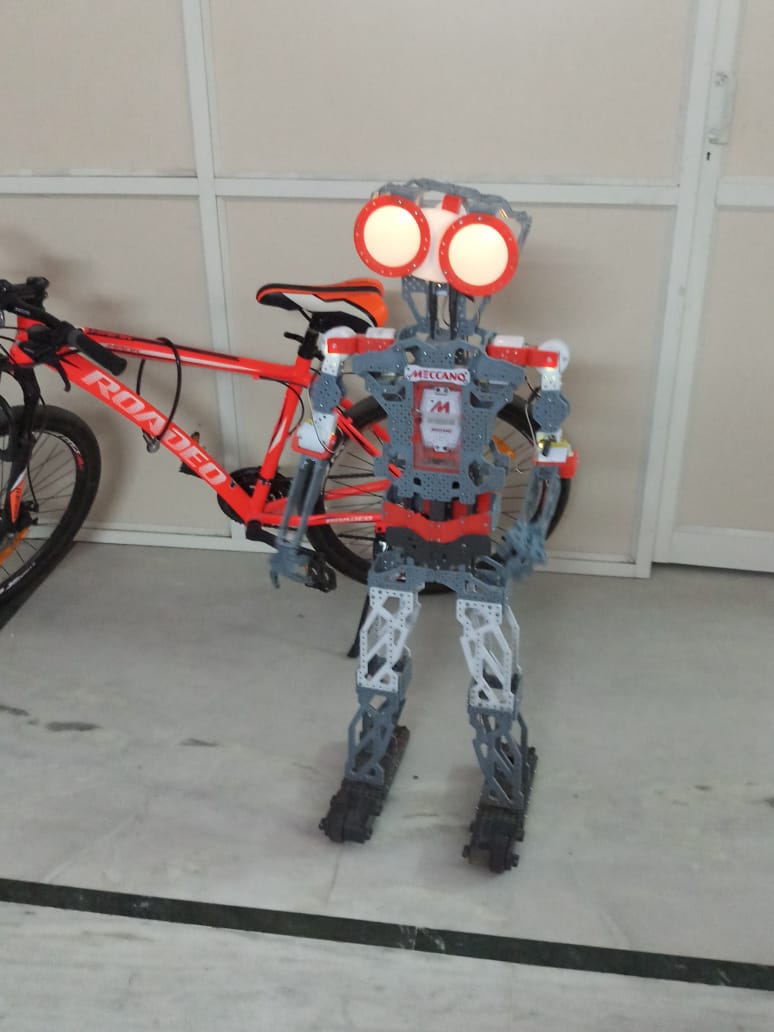 Meet “Mechanoid”, an indigenously built robot by the company Mecanno, which inspired the young mind of Sushant Reddy, a 10th grader from Secunderabad. Son of Mr. Venkateshwar Bharathi, a government contractor and Mrs. Bhagya Sudha, a homemaker – Sushant is one of the first few children in his family who struck a chord with Science and is on his way to becoming an astronaut. As a first step, Sushant assembled the 4-feet human-like robot (from Mecanno) in 6 days and spent a year programming it on his own.

Aiming for a Giant Leap on Mars

“Most of my family members did not have the good fortune or financial stability to get proper education. Thus they went into business and government jobs – however my parents did not hold back with my education as they knew its importance making sure to get the best resources for me,” shares a proud Sushant.

Despite several periods of Math in school, he would struggle to cope with the syllabus and no amount of coaching and personal tuitions seemed to help him initially. While browsing through Youtube, searching for theorems and explanations, Sushant chanced upon a few videos of BYJU’S which had the highest number of views. This piqued his interest and he decided to download the app to see for himself what the fanfare was about. “Within a single day he had gone through several videos and attempted several quizzes. It was very surprising to see him sit and learn Math – from videos, real-world examples and games! I am a huge fan of Math myself, and to see it explained so thoroughly with the help of animations, is something truly futuristic,” exclaims a thrilled Mr. Bharathi.

Since his first discovery of the BYJU’S app, 2 years back, Sushant has been loyal to it, relying only on a single platform for his studies. The app, which has changed and developed drastically over the years has made visualization easier, saving on time and energy on an everyday basis. 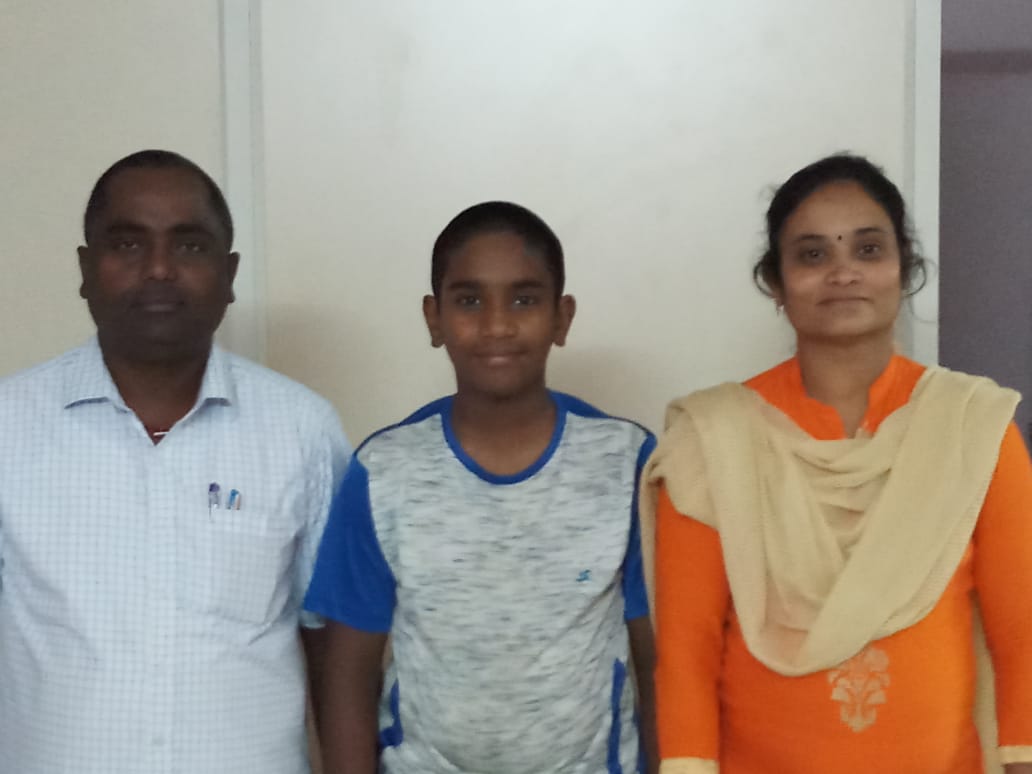 Adding on to how Sushant’s learning process evolved over the years, Mr. Bharathi states, “We wanted him to have the best study companion, and he found that in the BYJU’S app. Now along with his everyday studies, he manages time to do research and work on his robot, which would have been impossible had he continued to study in the fruitless technique 2 years back.”

With enough time now to give to his studies and his own passions, Sushant hopes to take his dream forward and become India’s first astronaut to step foot on Mars.

From a Dream to Create a more Wholesome Life

Sushant’s journey towards Robotics and his love for space culminated at a young age, when he was in his 1st grade. Recounting his school days, he states, “I first came across space when I was learning spellings – the basic ones of Sun and Moon. I came across the pictures of the Solar System and was intrigued by the fact that they existed outside our planet. So along with learning my spellings, I was also asking my parents and teachers about the sun and moon and how they kept changing in the sky.”

From the love for space, Sushant went to love robotics and started researching on robotics and  space. The Mechanoid currently uses 25 commands of the 125 programmed into it, the first aim behind working on it was to create a friendly robot that could in some way combat depression by sensing people’s emotions and interacting with them. What he further plans to do with his robot is to give it fingers – allowing it to perform more precision-based movements, such as those required during complex surgical procedures. “I want this robot to give people a chance to live better lives, whether it is through communication, by being a part-time doctor/surgeon, or by going into space and bringing back knowledge of the world outside,” shares the robot enthusiast. No Dream is too Small, No age too Young

Mr. Bharathi shares with Team Storyweavers the fact that he initially had no idea of his son’s ambition to make his own robot. The secret only came out when he needed parts from different places. Realising that his son’s interest and talent was genuine, the family provided him with all the support they could give which fuelled his dream further. Sushant went on to give several presentations in his school on the functioning of the robot.

“At such a young age, it is vital that we give them the correct means of learning, like the BYJU’S app and encourage them constantly. Once they have their basics in place and understand subjects and topics from the core level, learning becomes a lot more fun and engaging, rather than being a burden to them. Let your children dream big from a young age, and watch them grow up to be confident and diligent.”

We thank Sushant’s mentor Swapna Yadhala for her constant support and for transforming Sushant into a lifelong learner.

Thanks a lot ms Ankita. Please correct my dad’s name it’s not Venkateshwara Bharati it is K VenkAta subba reddy

I like robots too. And,congratulations.Have you made the outer body(Outer Covering).If yes please tell how!!!

Very nice to learn that kids are growing with innovative aptitude.