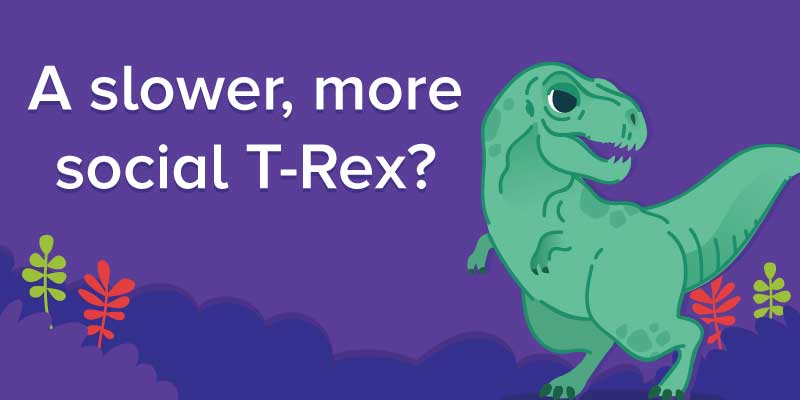 There are high chances that most of you will imagine a Tyrannosaurus Rex (T-Rex) when you hear the word dinosaur, all thanks to the movie Jurassic Park. However, although the movie was a  fascinating watch, how many of you remember the iconic scene where the T-Rex chases a jeep full of people while running at an impressive speed of 32 miles per hour, as was said in the movie?

That thrilling scene was undoubtedly an edge-of-the-seat one, but what if we tell you that the makers of the movie got one thing wrong in that scene? According to a recent study,  the T-Rex cannot run that fast! In fact, its fastest speed may have been around 18 miles an hour, when it was still roaming the earth! Turns out the jeep may have survived in real life after all!

This new finding came about when paleontologists from the Netherlands examined a fossil of a T-Rex and concluded that they could have walked at a speed of just three miles per hour (that is around five kilometres per hour, as slow as a regular human being!). Considered one of the fiercest predators of all time, the T-Rex weighed around 5000 to 7000 kilograms and stood at around 12 feet tall.

At such a ginormous size, one can expect this dinosaur to have taken huge strides really fast to catch its prey. But considering some biological factors such as its size and placement of the legs, hip and tail, these scientists have deduced that they may have walked slower than previously imagined.

The research team calculated a step rhythm from a computer model of a T-Rex’s tail, based on a fossil called Trix, a 12-meter-long remnant of a 39-feet-tall adult that was studied at the Naturalis Biodiversity Center in Netherlands.  They then multiplied the step rhythm by the step length found in the fossilized tracks to estimate an approximate walking speed of 2.86 miles per hour. Now, this is where things get even more interesting. Over the years, even as experts from all over the world adopted various methods to assess the speed of a T-Rex, these specialists argue that those speeds may not be accurate. That’s because the paleontologists who studied the T-Rex fossils earlier had only taken into account the weight in the hips and the legs alone, while estimating the movement and speed.

You might be thinking that this is how one calculates movement and speed, right? While those are certainly significant factors, it is important to consider the reptile’s tail as well – it takes up half the length of the body! With such a long and a heavy tail (it weighs around 1200 kilograms), the T-Rex may have not been able to walk as fast as previously estimated. 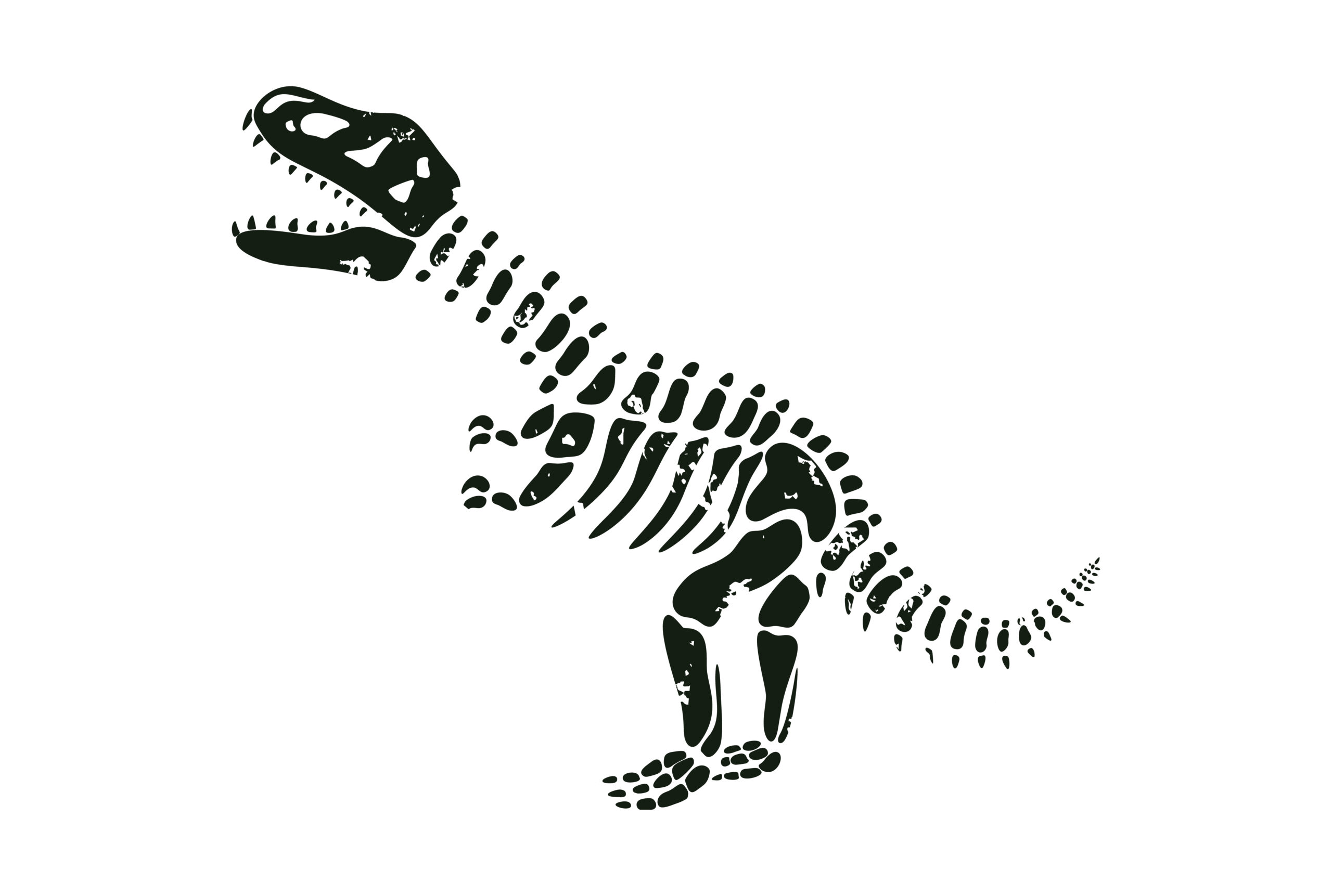 And that’s what these Dutch paleontologists have taken into account. So, while conducting their research, they also modeled a long and heavy tail held by ligaments.  To make it easier to understand, imagine the tail just held by rubber bands. It would bounce up and down when the T-Rex took each step.

And that would certainly impact how it walks, right?

Now, while you wrap your head around this surprising piece of information, here is one more fact about the iconic dinosaur that the Jurassic Park movies may have got wrong!

In the movie and also its sequels, the herbivore dinosaurs always seem to have moved in groups, while the ferocious carnivore T-Rex seemed to be a solitary predator. Singlehandedly, the giant reptile killed other dinosaurs and people as well.

Studies, on the other hand, suggest that the Tyrannosauruses species (which also include T-Rex) were group hunters. They may have sought plenty of help from each other to catch their prey. 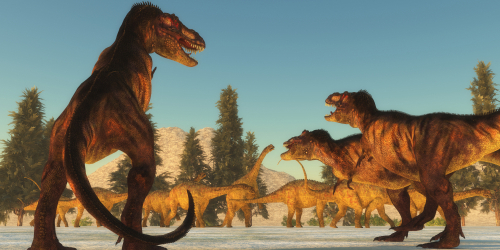 The T-Rex has a social hunting circle

How did this finding come about?

Paleontologists in the USA who were studying several T-Rex graves figured out that several of them died together in one area. And after carefully studying the fossils, they are examining the possibility of these dinosaurs living/hunting in packs or groups.

Doesn’t the idea of T-Rexes hunting in packs, while planning among themselves to hunt their prey, seem fascinating and scary at the same time? Don’t worry, we feel the same too! Think about it. Not only were they one of the biggest predators, they would certainly have been stronger while hunting together.

Armed with these leads, paleontologists from across the world are diving nose deep in research and will soon give us more findings on the dinosaur’s living and hunting patterns. Keep your eyes and ears open for more exciting news!

What do you think about these mind-boggling findings about T-Rexes? Share your thoughts in the comments.

Aparna is a mom, singer and dreamer. At BYJU'S, she writes stories about learning for children. She believes in the power of music, especially ghazal, the magic of the universe and happy learners. When not writing or singing, you will find her intensely engaged in conversations about life and the power of words.

Jurassic park has got many dinosaurs like the famous t rex wrong.But, after I saw the complete franchise,I started to make theories until I found a good one.My theory is that the Jurassic movie universe has refined genetic engineering, which our universe doesn’t have right now.After I saw Jurassic Prologue,( it’s a short film about Jurassic World but in the past when dinosaurs used to roam the Earth) I got to see my favourite t rex, the same t rex which we get to see Jurassic park and world fighting a gigantosaurus where I noticed that t rex had very small feathers which wasn’t there originally and also, the T rex didn’t roar like it does in Jurassic park.On the other hand, the scientist Henry wu,the chief of genetic engineering in the whole Jurassic franchise not only did create the Indominus rex and the indoraptor, but also made changes in velociraptors three four times.1st one was the Jurassic park where we can see velociraptors which are not scientifically accurate,2nd one in Jurassic park 3 were we get to see velociraptors that can not only communicate between themselves but also had some details like feathers which almost made them look like scientifically accurate, the 3rd one in Jurassic World where the velociraptors look much more different than before as well as communicate between themselves as well as the Indominus rex and lastly,the fourth one where we get to see the indoraptor which is a hybrid not only made from it’s former hybrid Indominus rex but also made from the genetic material of velociraptor,trex and some other carnivores.That’s how,I made an accurate theory about the whole Jurassic franchise that if Henry Wu could make hybrids and also make changes in the genetics,then he could do the same to other dinosaurs that can not only do sexual reproduction (not like the hybrids) but also have changes in their bodies which were all done artificially,just like the t rex which was genetically engineered to make it a perfect monster that can run faster, make the monstrous t-rex like roar and hunt solitarily(although that happened because there was no other t-rex in the park,all the other t-rex s were bull t-rex s which lived in the wild sometimes hunting together.