Space is fascinating! It baffles us, leaves us in total wonder, and encourages us to stay curious, seek information, and explore some more. And today, we are yet again going on a new voyage, way back in time to learn some interesting facts about space exploration.

As we celebrate  ‘World Space Week’ (4 October – 10 October) to honour all the space achievements that got us this far, join us as we look at the history of some of the famous ‘firsts’ in space.

While this year’s space week celebrates ‘Women in Space’, let’s not forget about Valentina Tereshkova, who made history as the first woman in space. She had flown into space with a solo mission on the Vostok 6 on 16 June 1963. 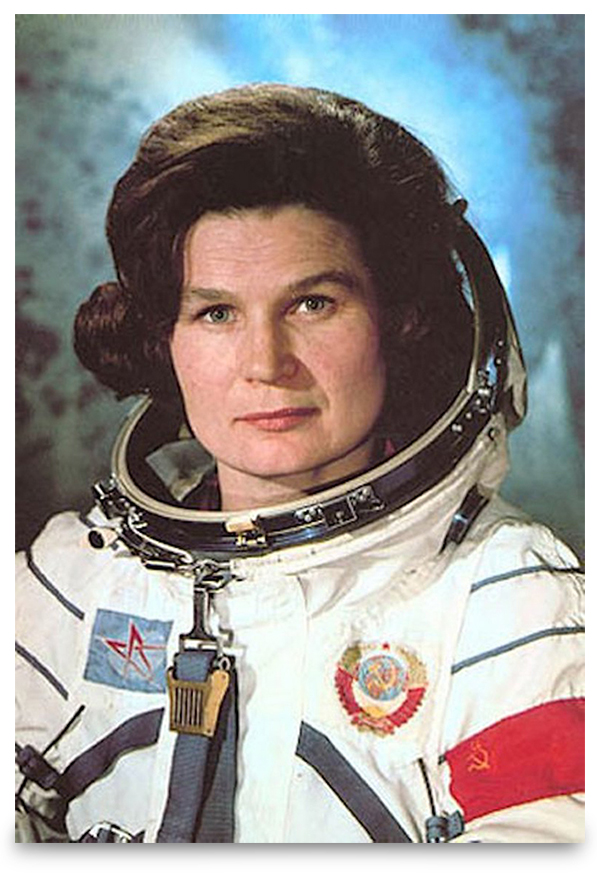 Valentina Tereshkova – The first woman to travel to space

A former textile factory worker and an amateur skydiver, she joined the Air Force as part of the Cosmonaut Corps and was commissioned as an officer after completing her training. With her feat, she became the youngest woman and the first civilian to travel to space.

Humans have been venturing into space since 4 October 1957, when the Union of Soviet Socialist Republics (U.S.S.R. – what is today Russia) launched Sputnik. Sputnik became the first artificial satellite to orbit Earth. 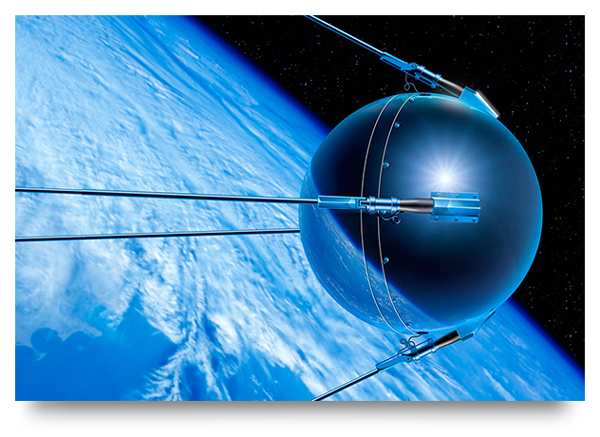 The Union of Soviet Socialist Republics launched Sputnik on 4 October, 1957

Carried atop an R7 rocket, the satellite was programmed to signal through a radio transmitter. After reaching space, Sputnik orbited Earth once every 96 minutes. The radio beeps could be detected on the ground every time the satellite passed overhead, signalling to the people around the world that the satellite was still orbiting Earth. The satellite remained in orbit until 4 January 1958, when it burned up on re-entering Earth’s atmosphere. It definitely spurred many countries to pursue space initiatives to explore outer space.

“Flight is proceeding normally; I am well.”

Those were the words announced by Soviet cosmonaut Yuri Alekseyevich Gagarin from space when he first went up to explore the outer world on 12 April 1961. He became the first human to fly into space. 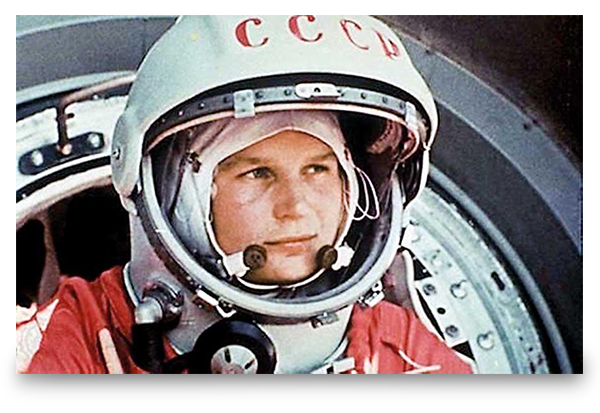 With this historic feat, the then 27-year-old test pilot and industrial technician also became the first to complete a circuit of the earth in the spaceship satellite Vostok, taking 89 minutes.

Indian military pilot and cosmonaut Rakesh Sharma was the first Indian and the 138th person to travel to space on 3 April 1984. He spent 7 days, 21 hours and 40 minutes in space after taking part in a joint programme between the Indian Space Research Organisation (ISRO) and the Soviet Interkosmos space programme. 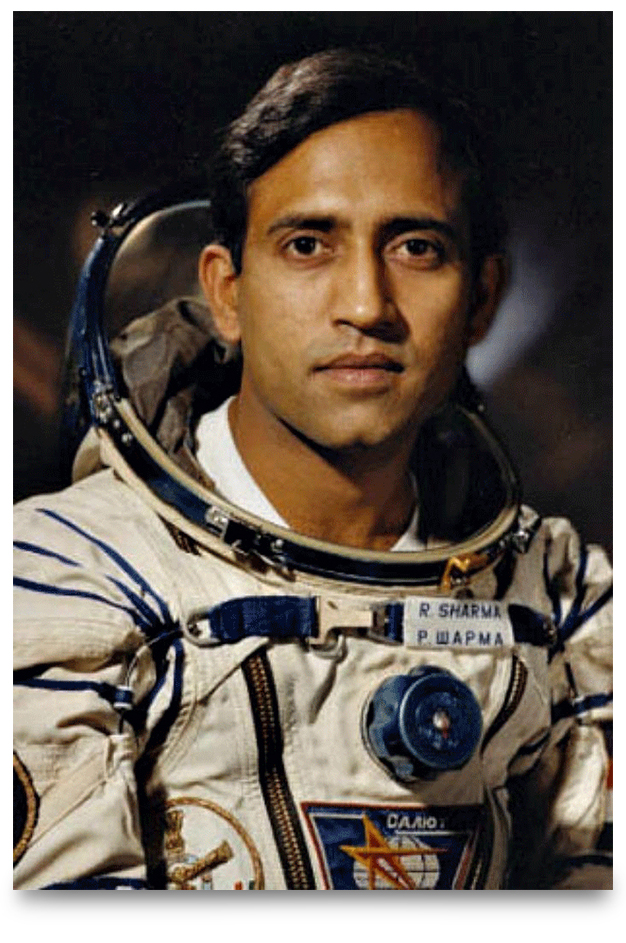 If you’re wondering what he did during his stay, he took part in a series of activities. He photographed India from outer space, analysed the effects of yoga during weightlessness, and enjoyed some delicious Indian food.

Read More: What if we could hear space?

While many flights into space had accidentally carried bacteria and other forms of life on board, the first set of living creatures that intentionally went to space were a group of fruit flies! 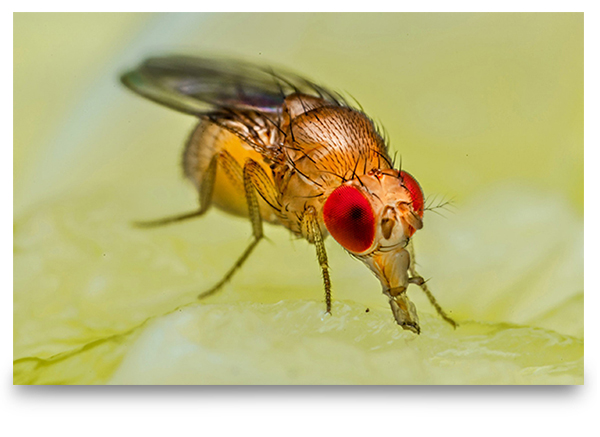 On 20 February 1947, when India was on her way to celebrating independence, this group of flies onboarded American V-2 rocket to reach an altitude of 108 kilometres and make it back to Earth orbit, alive!

During the 1940s and 1950s, the US and the Soviet Union’s space programmes sent out several animals into space, including monkeys, dogs, and mice. However, all these flights were suborbital flights, which meant the spacecraft passed into outer space before falling back to Earth without making an orbit. The first animal to orbit successfully around the Earth was a dog named Laika. 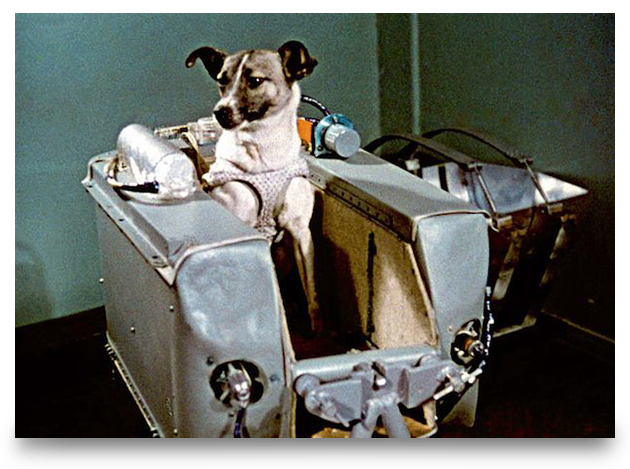 Laika, a Soviet space dog became the first animal to travel to space and orbit the Earth

Laika was a young, part-Samoyed terrier who boarded the Soviet spacecraft Sputnik 2 on 3 November 1957. This mission provided valuable data that paved the way for the first human in space. However, due to inadequate oxygen and food supplies, Laika unfortunately couldn’t make her way back to Earth. 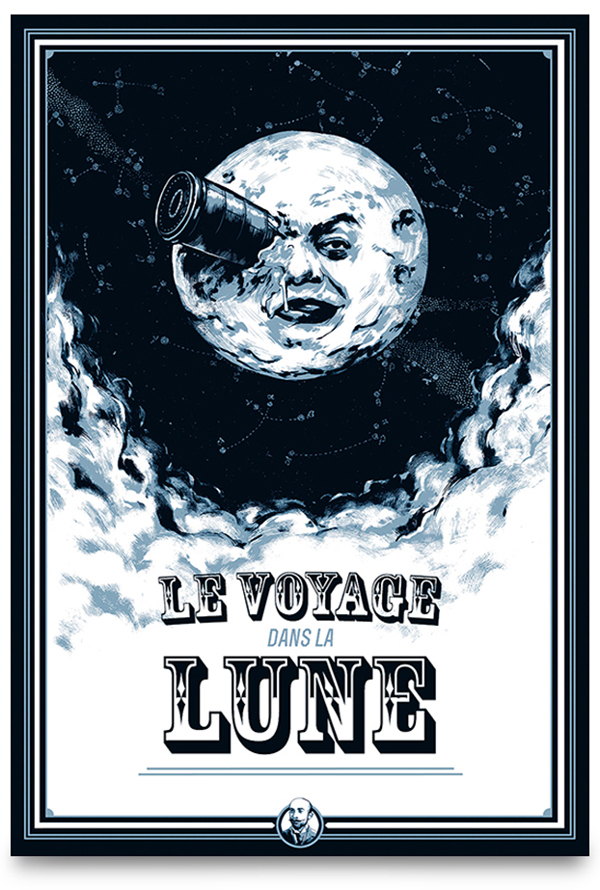 Nope, it’s not Star Wars, although the film became the first major science fiction movie to feature space in a way that is beyond just aliens and monsters. In 1902, French illusionist, actor, and film director Georges Méliès created the first science fiction film, ‘Le Voyage dans la Lune’. The film depicts the adventurous journey to the moon by a group of astronauts on a spacecraft.

The thought of running 42 kilometres is enough to make most of us wheeze, but try doing that in zero gravity and strapped down to a treadmill! That would be a feat that astronaut Sunita Williams achieved in 2007. 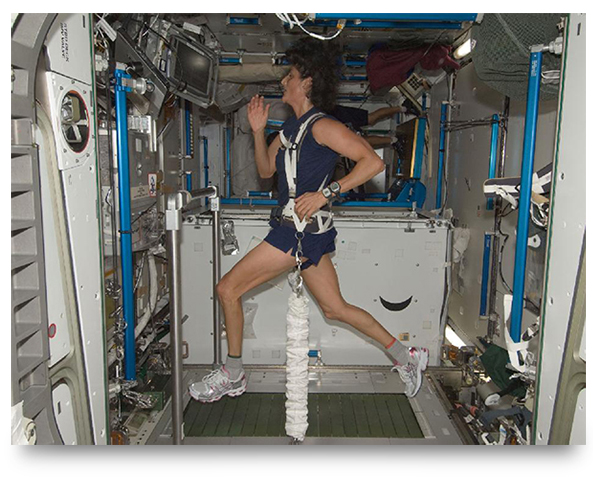 The Indian-origin astronaut took part in the Boston Marathon while in orbit. She took four hours and 24 minutes to complete the marathon on a treadmill at the International Space Station and circled the Earth at least twice in the process.

Get. Set…Float! What if the Olympics and T-20 cricket are conducted in space? Well, we might be years away from conducting a sporting tournament in zero gravity, but that didn’t stop astronauts from trying out some fun sports while in space. On 6 February 2018, a team of astronauts from NASA and the Japanese space agency played what is being considered the first sporting event in space. It was a double game of badminton on the International Space Station (ISS). The game of badminton was not the first sport in the outer world. Years ago, in 1971, Apollo 14 astronaut Alan Shepard swung a makeshift six-iron on the moon’s surface and played golf. What happened to the golf ball? It flew “miles and miles and miles” away!

Do you know any such interesting facts about space? Do tell us in the comments below.

What about the first toy in space a toy (story movie toy ).

Came to know something new!
Me having a great interest in space science, would love if Byju’s post more such informational content about space…

Wow, thank you byjus for this facts, it helped me a lot to learn about the space history

PROUD TO BE AN INDIAN.AFTER READING SUCCESSFUL ACHIEVEMENTS ABOUT OUR INDIAN ASTRONOMERS.

I surprised to know that first Earth living things go to space is a dog!