The Feynman Technique is a method of learning that unleashes your potential and forces you to develop a deep understanding.

You can use this model to quickly learn new concepts, shore up knowledge gaps you have (known as targeted learning), recall ideas you don’t want to forget, or to study more efficiently. Taking that concept further, you can use this technique to grapple with tough subject matter, which is one of the great barriers to learning.

Richard Feynman was a Nobel prize-winning physicist. His real superpower, however, was his ability to explain complicated subjects to others in simple terms. He realized that jargon, vague words, and complexity reveal a lack of understanding.

Let’s explore how you can use this amazing learning technique and apply this in your studies.

Feynman understood the difference between understanding something and knowing the name of something, and it’s one of the most important reasons for his success.

He was never content with just knowing the name of something. He wanted to understand it at a deeper level.

What is the Feynman Technique? 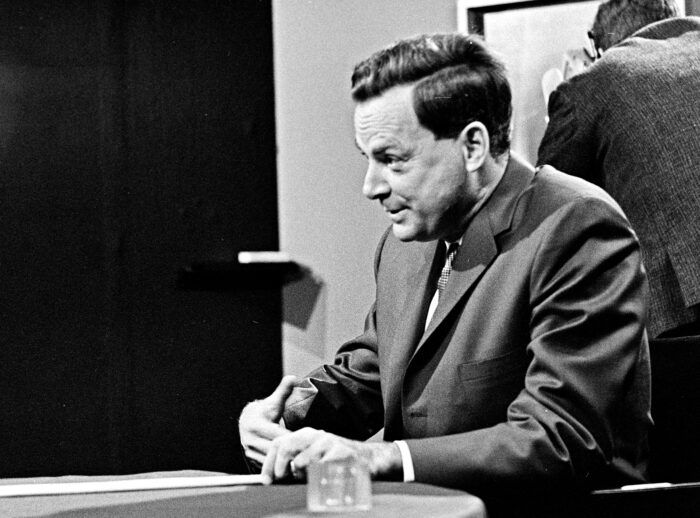 “If you can’t explain it simply, you don’t understand it well enough.”

Whether or not Einstein himself actually said this (it’s never been properly sourced, so it’s likely he didn’t), it’s still an insightful observation. It’s also one that gives us a pretty powerful study tip when reversed:

If you want to understand something well, try to explain it simply.

By attempting to explain a concept in simple terms, you’ll quickly see where you have a good understanding of that concept. You’ll also be able to instantly pinpoint your problem areas because they’ll be the areas where you either get stuck or where you end up resorting to using complex language and terminology.

This is the idea behind the Feynman Technique.

Feynman Technique is a simple learning method and a 4-step process for understanding any topic or concept quickly and effectively. Some people call it a method for how to learn anything fast, and it really is one of the best learning techniques out there.

The steps in the Feynman learning technique can be summarized as follows:

That’s the gist of Feynman’s technique, often summarized as “teaching is the best way to learn”.

Why use the Feynman Technique while studying? 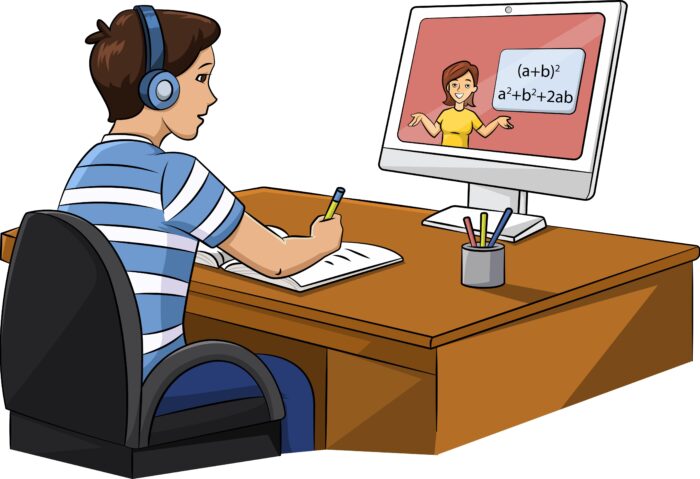 Learning doesn’t happen from skimming through a book or remembering enough to pass a test. Information is learned when you can explain it and use it in a wide variety of situations. The Feynman Technique is so amazing because as you explain a lesson, you get more and more ideas about the concept you learned. What you have learned doesn’t just become a useless fact; it’s now an idea in your head that from time to time you would use the learning in the real world to solve a problem you’d encounter.

When you really learn something, you give yourself a tool to use for the rest of your life. The more you know, the fewer surprises you will encounter, because most new things will connect to something you already understand.

Ultimately, the point of learning is to understand the world and apply the knowledge that we have to solve real-world, everyday problems. And that’s what the Feynman Technique teaches us to do.

How to Use the Feynman Technique 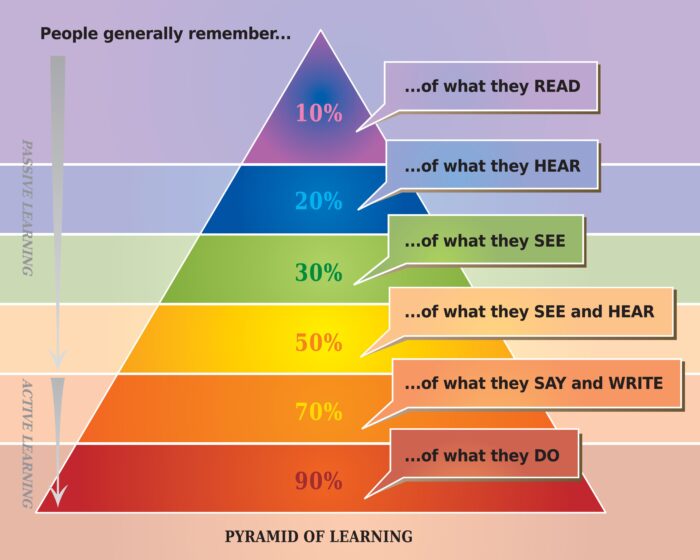 Since the root of this technique involves explaining the concept, you could execute it in a number of ways – including literally grabbing a friend and explaining to them what you’re learning.  However, you don’t always have willing friends at hand, so here’s the simpler method that just involves a sheet of paper.

That’s it folks! It’s that simple! 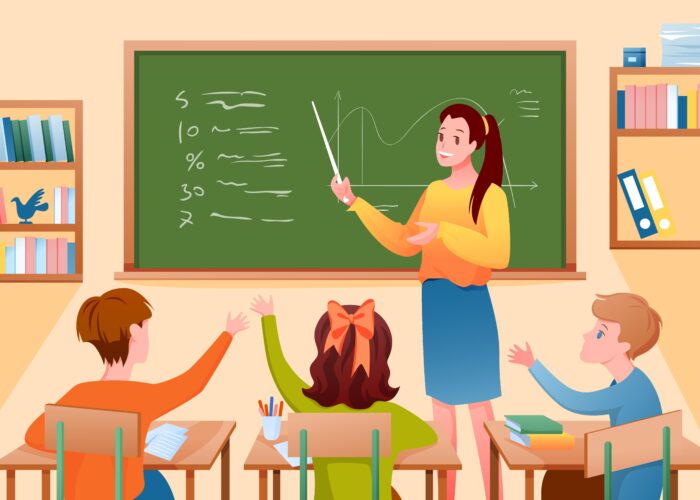 While you’re working through the Feynman Technique for any given concept, it can be useful to think like a child.

Doing this will boost your own understanding for one simple reason; in addition asking things like, “Can I have another Oreo?” and “Can I go watch cartoons now?” a kid is probably going ask…

While older people often become accustomed to taking things at face value, kids are naturally curious. They’re quick to point out their confusion.

So now you have to think like a child and try to come up with an explanation for each of these questions. Seriously, though, this is a great mindset to adopt.

Is the Feynman Technique the Best Way to Learn? 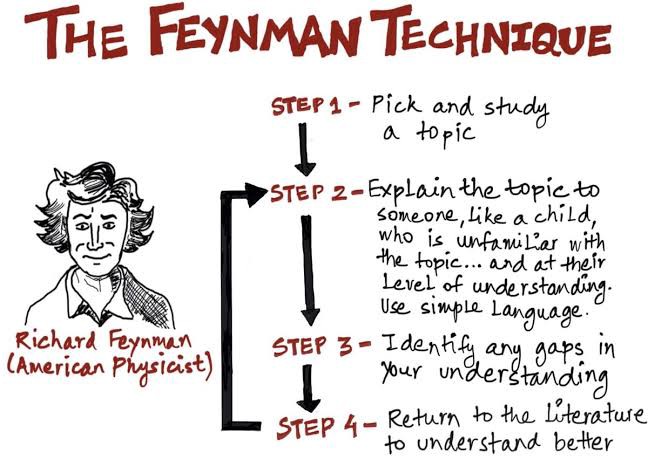 The Feynman Technique is considered to be a simple learning method for understanding things quickly and easily.

One of the main benefits of the Feynman learning process is that it denies memorization from playing a large role if you do it right. While memorizing material is a requirement for learning anything, it doesn’t itself imply understanding. Using analogies and simple language to explain your chosen topic to a child, however, goes much further in proving your topic knowledge.

Finally, the easiest way to learn something new is to have an interest and to explore it deeply.

I’ve tried some of the methods mentioned above like I first read a paragraph or a subtopic aloud and then try to explain it to myself because I’m the youngest in the house. Anyway jokes apart, this method of teaching and learning is most effective way of understanding things.

My child has maths phobia, can you please help us so that he can overcome from his phobia and he makes silly mistakes in mathematics. As a parent I want my child to be confident in every subjects and in every field.

Very helpful I should definitely try it out

It is useful and interesting topic
I love that
Thank you sooo much BYJUS,😘🥰😍

It’s very useful to me , Thankyou so much.

Thanks a lot. This seems helpful.

Very Useful 💯💯. I will include it in my studies . Thank-you byjus .

Hello …Good evening! .
Thanku so much for this exquisite and wonderful knowledge. It really helps me alot . And now I get ideas to make better study plan for study and new tips and tricks to score excellent in exams.✌ Thankyou..
Regards
Angel Mehta

Imagination is the way to get the concept in your understanding.

Make your soul your friend and try to explain everything to him.
If something will go wrong, he will only make it correct.
The interaction with your soul will make everything get in deep and the point of understanding will be wonderful.

Try to talk with yourself like another person, make a conversation with him and try to get new ideas.

Make every thing, every situation, every question, every query, every topic get into very deep and think about that till you get your answer and if you won’t get answer try to gather the knowledge but don’t let the topic erase without any outcome .

It is so useful and I really got motivated by reading it.
Thank you.

makes me curious , let practice ,thanks for your idea 💡.

Thanks byjus to help us with that topic

It is so nice. I will try to use this technique when I am studying. It is so interesting when I am reading I am thinking that it is helpful in my studies and other activities. THANK YOU! BYJUS FOR SENDING THIS MESSAGE.

Wow ! It is very helpful and useful information for us to score more marks in exams .

Thanks for the tips. I study with this tips.

Thank You!!
I will be the topper of my school in 9,10,11,12 and get AIR 1 in NEET in 2026.
Feynman technique will help me a lot in my journey of success.
Once again thank you for your valuable words…

I want to learn fast.

I also love this process

This was very helpful thank you so much.

It is very nice and useful for me… thanku so much 🥰😊

i love to study in this method.Very easy

Wow what a interesting technique to study

Thank you Sir Feyman for answering a curious question that every student have.🙂
And Thanks Byjus for sharing this knowledge with us!

It’s great tips, which you shared, it will definitely help my child to learn more impressively…
Thanks u soooooo much….

Thank you very much BYJUS

Thank to send a tips

Thank you for the excellent information it’s good

I always had used this technique without even knowing that it’s a Feynman technique. I always like to go deep into the concept.

Very helpful l should indefinite try it out.
Thank you so much Byju’s.

Really helpful! Thanks for such an amazing blog piece!!

It’s very usefull to me I will include it in my study thanks byjus.

I learnt that The Feyman Teachnique is a best way to learn .

It is very usefull for me….. I use these tips in study……THANK YOU BYJUS……for this…..and i will share to everyone……

Amazing techniques I will always learn by follow these steps:’
BYJUS❤️ 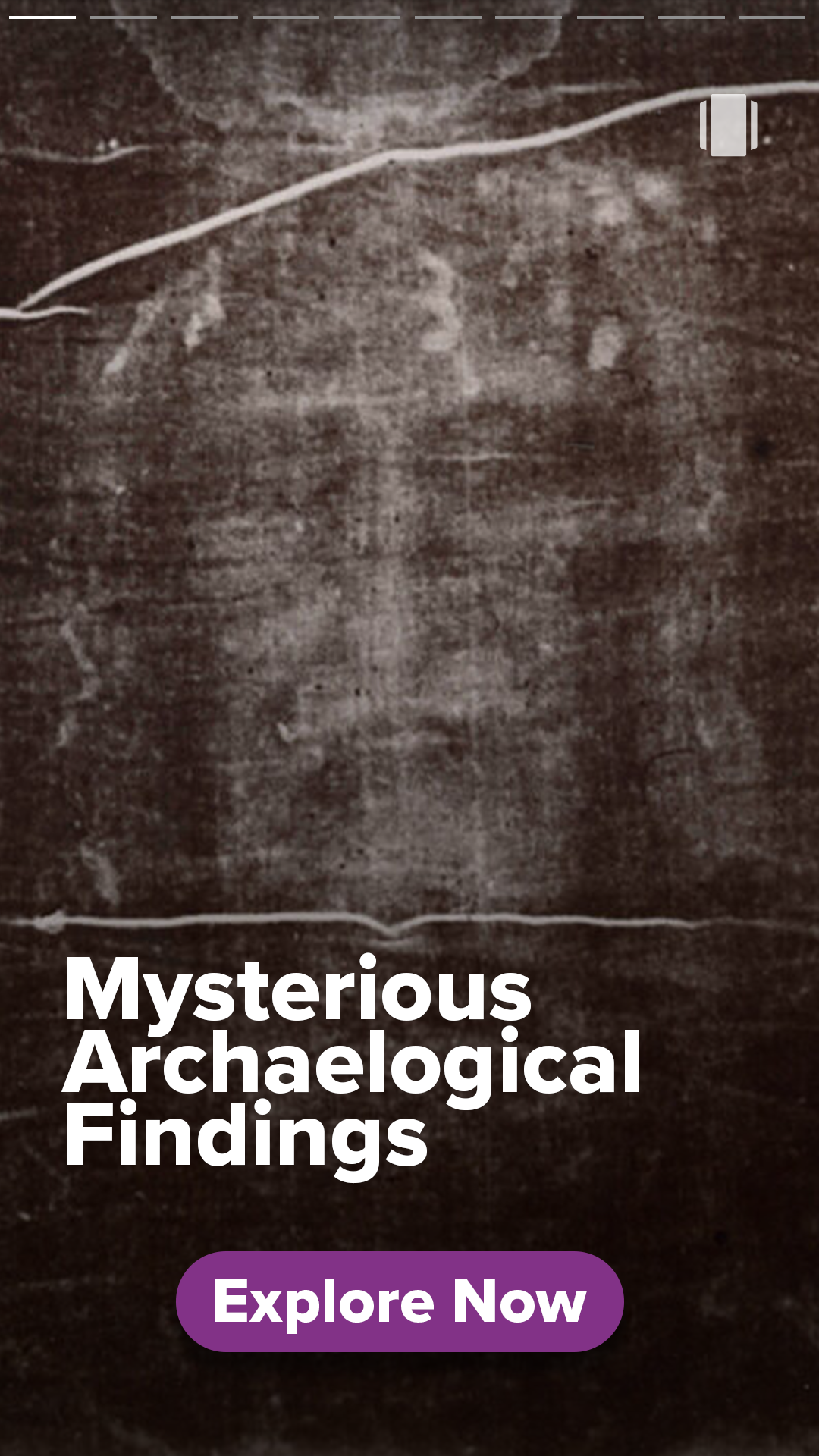 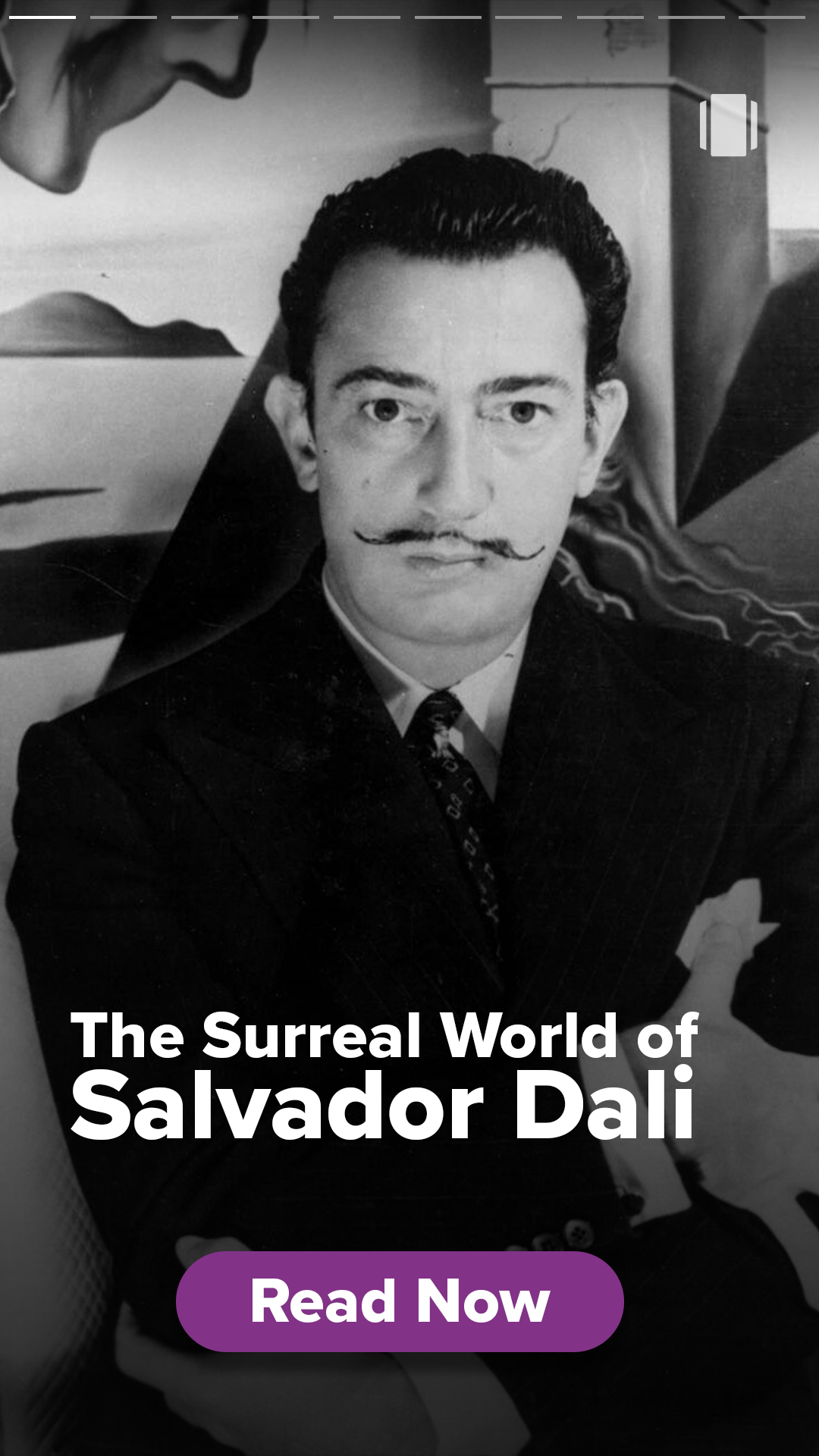 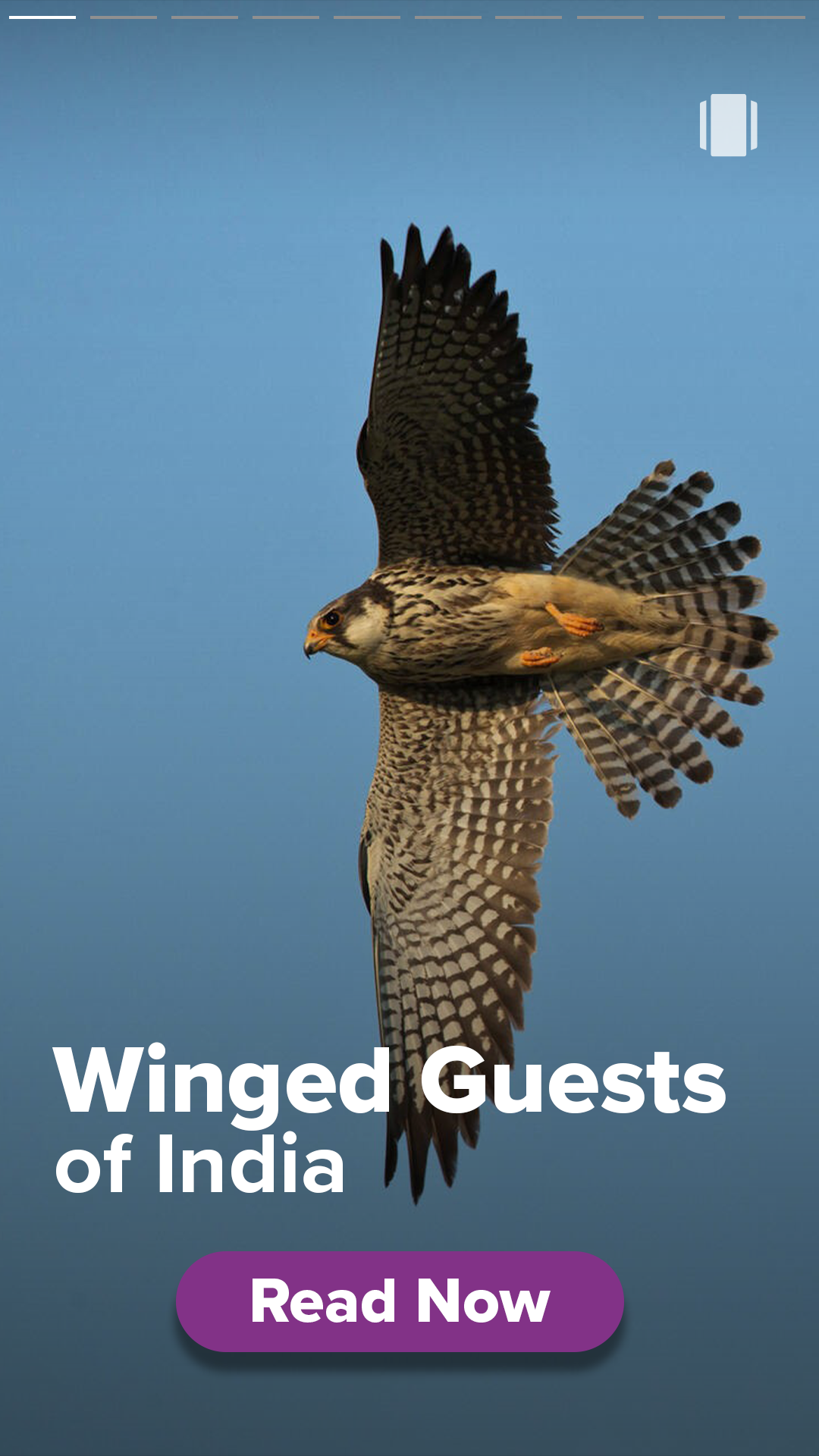