Art is not about Perfection, it’s about Expression – Aamir Sohib

A word with the multifaceted BYJUite!

Ever met a physics nerd who is a professional painter? I met one and was totally baffled by him. Meet Aamir Sohib, the shy Product Development Associate at BYJU’S with a flair for physics and art.

I have often wondered, if an individual can ace multiple tasks. I got my answer a few days back, when I accidently stumbled upon an article which clearly discussed this topic in depth with examples ranging from Albert Einstein to Abdul Kalam. I realized that perseverance, zeal and ingenuity are the magic ingredients that drive people to excel in their numerous passions. My interview with Aamir further cemented the fact that it all boils down to clarity of thought and an insane drive to do what a person is passionate about. Aamir joined us (the Team StoryWeavers) for a tête-à-tête and it was a little less happenstance that he was carrying his favourite book: The Biography of Einstein. When asked about the reason behind his lover for Einstein’s theories, he answered with a soft smile, “People here think that I am hard-core artist, but I am equally passionate about Physics. I carry this book everywhere I go and sneakingly read a page or two when I get a chance.”

Interviewing Aamir exposed me to his world where the symphony of physics and art offered wings to his imagination. It was amusing to see how briskly he shared A-Z about his work, passion for painting, and enthusiasm for learning physics along with his future plans. Apart from his brazen assurance of creative spirits, his personality uttered a lot about his passion and the salient urge to bring out his best at work.

Born in the exurbs of Bihar, Aamir could establish a good rapport with his school studies and art from a tender age. He said, “I was privileged to be born in a family whose constant support helped me go beyond the social restrictions and opt art as passion. Also, I was lucky to have an art teacher who encouraged me to look at art from a different perspective – as a beautiful way to express.”

His dream of making the world a better place to live in through science landed him in BIT, Mesra, where he completed his Civil Engineering degree.

“Joining BIT turned out to be very favourable as I encountered the most intriguing club which took care of the fine arts of the college. My gallant efforts to be a member of the club and my good scores in studies added as plus points in my selection as the President of the club. That was a major turning point in my life – it offered me the platform to continue painting for recreation and simultaneously explore the world of Physics.”  He grins.

Art as a Muse:

Aamir’s father once taunted him saying, ‘Not everyone can become MF Hussain,’ but little did he know that his son had other plans. Aamir wanted to be the 1st Aamir Sohib, the painter, the philanthropist and the physics nerd. Since his younger day, he was the polar opposite of most suburban Indian youth of his age, who lived their formative years in the delusive understanding of becoming an IT guy. After his engineering, Aamir decided to pursue his career in the field of fine arts and joined BYJU’S in 2015 as an artist. “I always knew that my future had a tight knot in the field of art. Thus, choosing BYJU’S was one of the best decisions I had made apart from closely following Elon Musk’s Hyperloop theory.” (He smirks)

Since then, his carefully fashioned work has been providing room to explore his ideas in artworks of realistic, semi-realistic and flat cartoons along with RTE (rich text elements), which are the essential elements of BYJU’S educational videos. Here, he designs and creates anime, and sometimes creates droller characters which garnish and embellishes the content and makes it appealing for the viewers. 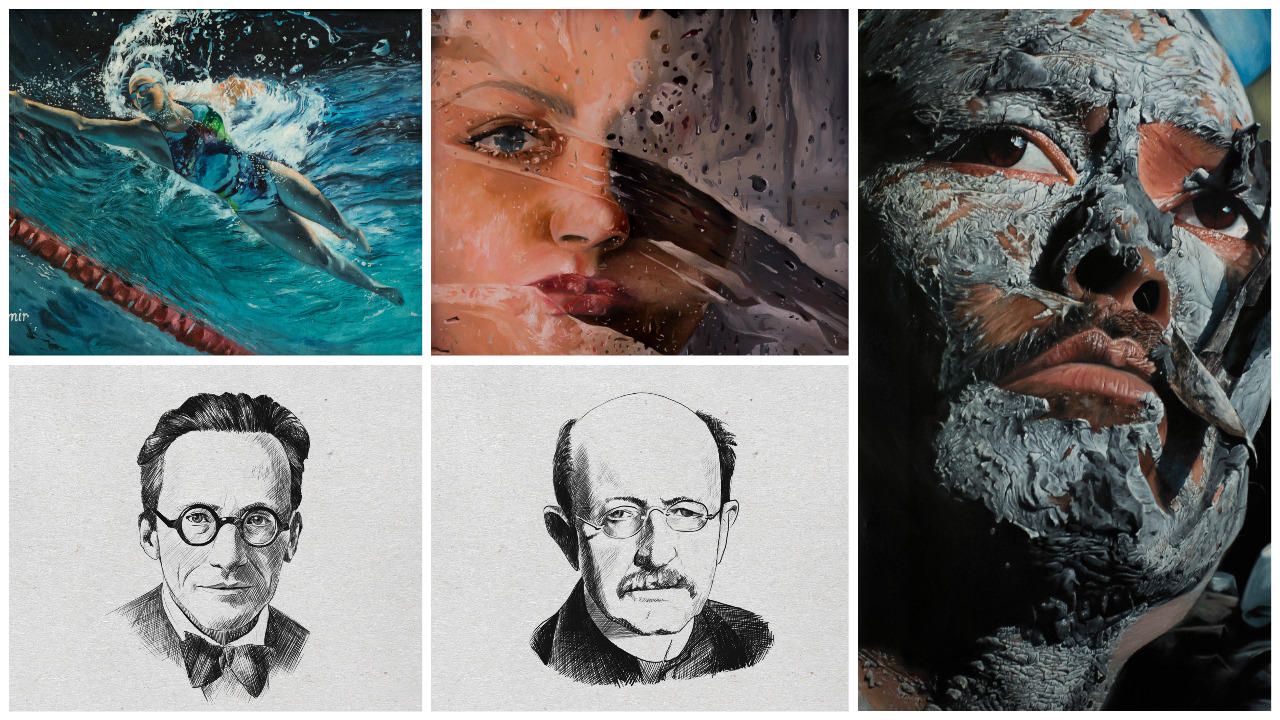 With years of experience and exposure to different styles and techniques, Aamir’s proclivity for hard work and his penchant for thick oil paintings and human anatomy introduced him to celebrated artists like Alyssa Monks and her ilks. “I was amazed by the ridiculousness of her itch for detailing and her accuracy. It drove a kind of urge in me to imitate her works. I started off with thick oil stroke keeping the idea of water and human beings as the main elements. Later, I took up an online boot camp course from the well-known artist Steve Huston to spot on my figurative drawings.”

Giving it back to the Society:

Over the years, Aamir has painted several pieces, drawing ideas and inspirations from various elements. For this multi-talented artist, embracing his passion for illustration proved to be a gateway to new mediums and projects. As a personal project, Aamir has been also working on creating his website(https://aamirsohib.com/), where along with showcasing his work, he plans to collaborate with other artists and come up with workshops for children from weak financial backgrounds.

We wish Aamir all the best for his future ventures 😀

All said and done, get in touch with Aamir, to know more about his intriguing ideas on art, physics and some ‘how to be happy all the time’ tips.

Difficult to have a calibre as such.