Prashant Mishra : Art is all about one’s perception and how we deal with it 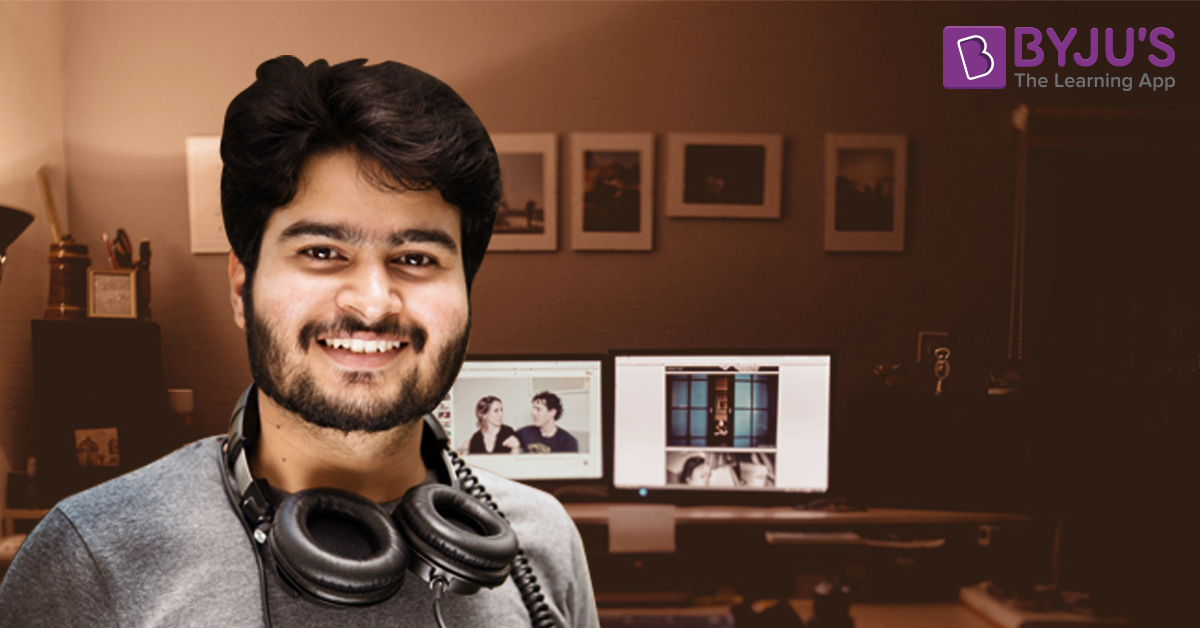 Let us begin with an often-wondered question in the realm of music:

What makes someone a musician?

Everyone knows good music when they hear it, but how does one create it? Only someone with the penchant to feel the flow of notes and lyrics in their mind’s ears would be able to do so. Having a pinch of day-dreaming tendencies helps too!

Prashant joined BYJU’S team on a whim, brimming with curiosity to know more about sound and music. Since 2015 it has been an exhilarating journey filled with new experiences.

Meeting Prashant was pure chance (we work in a big office), but I would never have guessed his poetic side if we at team StoryWeaver hadn’t interviewed him. We asked him what his alter ego would be if not composing music for BYJU’S sound team and his answer was short and prompts, “Poems, anytime, any day!” 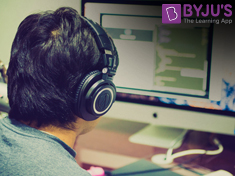 Approaching Prashant and getting familiar with his myriad interests and projects was no easy task. When we learned that BYJU’S sound team creates music for the app from scratch, we began to realize the enormous amount of workload they go through every day. Prashant is a sound ace, something which he inherited from his childhood exposure to sounds, tunes, and music. He credits his father for filling his younger days with early morning music.

“My love for music grew one fine morning when my dad played the ‘Oh Hum Dum’ song from the Saathiya (Hindi) movie. I was totally dumbstruck with the throbbing prelude beat coming out of our old recorder. I continued listening to that song every morning and found something interesting to gape upon each time. Sometimes it was the synth and bassline and the other times the beats.” – reminisces Prashant.

Growing up in the suburbs of Uttar Pradesh in a small city called Auraiya, his compassionate and energetic family of two zealous parents and an elder sister had music flowing like the background score of a movie. The family has always loved music and it filled every aspect of their lives. His musical talents surpassed the gawkiness in him for the first time when he and his music-enthusiast friends performed for the Teacher’s Day event at school. Nimble as any young whippersnappers, they were keen to do something different that year. 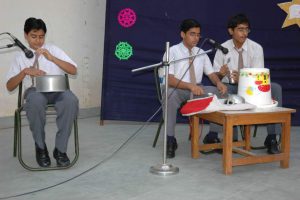 While making Kitchen Music at school

“We were in our 9th grade and it was the Teacher’s day. Parth, Rohit and I had decided to produce music with kitchen utensils. We used a cooking vessel, glass, spoon and washroom bucket, and started off with our random beats practice. I still remember walking up to the school carrying a bucket and kitchen utensils. All our friends burst out in laughter once they heard our band’s name – ‘KITCHEN MUSIC’; which we decided on out of the blue, that very moment. We started off with our rhythmic sound beats which left the same giggling group filled with awe and respect.”

That rumpus performance made Prashant realise that ‘art is something which isn’t acknowledged by everybody but it sure is viscous to every heart.’

Moving out of the protective wings of his home town and studying in Vellore Institute of Technology (VIT) was a huge change in his life. “During my sophomore year, I met my senior Vishal who introduced me to sound FL Studio for the first time. I learned how to compose sound with the help of machines. I was thrilled and made over 200 different sounds over the summer break.” He realised that consistency was the key to excel in any field, but it is something which is very hard to attain. That summer break when he returned home, he began incorporating a wide array of influences into his music. “My music inspiration in those days came from the band Linkin Park and their song called NUMB. Somehow I enjoyed the concept of screaming from different angles.” (He laughs) 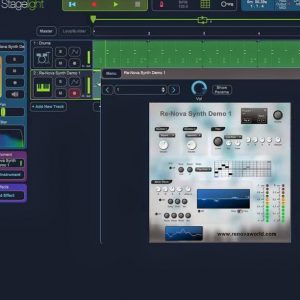 Prashant composed a number of songs using FL Studio and self -made plugins and decided to form a band of his own. His sister’s expert taste and a good sense of humour was critical in naming the band as RE-NOVA (meaning: exploring and renovating yourself). We asked how extended his band size is, to that he jokes “My peewee musical band consists of only me as the one man army. At times, few of my close buds have added their creations thus expanding the horizon of these melodious palettes. ” (You can listen to his beautiful compositions here)

His profound love for mathematics and his poetic muse complement both his talents time and again and helped him a lot in composing vivid tunes and soundtracks. His best-known poetry would definitely be ‘Beauty of Sound’ where he captures the beauty of sound in silence. “I was a math genius since school and took it up all the way through my Mechanical Engineering days. My interest in maths later helped me in understanding the importance of timing in sound system.” He was kind enough to share his master pieces with us:

Listen to the voices that surround you,

The air has something to say,

When everyone has calmed down,

When everyone is far away,

And you’re all alone in the room,

Listening to the space around,

The hiss you feel in your ears,

Is louder than ever, so profound! […]

You can read the rest of his poem along with his other collections on his official blog.

One of the facets of becoming an adult is that one needs to have a future plan after their education. For Prashant, it was a sheer chance with a hint of fate. He landed up at BYJU’S out of peer influences like Aashish (who introduced him to film music) and his innate love for music. 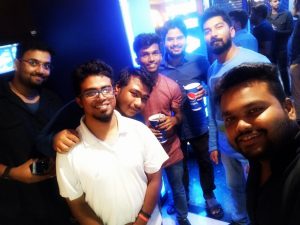 “I was amazed by the amount of intensity and hard work the company put together to make engaging videos for students. Prior to this, I was against joining any corporate as a career but after meeting KK (the sound team head) I briskly made up my mind to join and learn more about sounds with this team”.

BYJU’s taught him the difference between listening to sounds and understanding different types of sounds, the key factor which the entire team takes ahead along with their work.

“My father once told me, if I am doing something, I should do it with a full heart. Only then can I expect satisfying results. I guess, till date I follow this as my motto.” (a soft smile spreads across his face)