Nature, Camera, Action! How Wildlife Films Are Made

You see them on National Geographic and Discovery channel. Even when nobody’s watching, you can always leave them playing on the living room TV, because no-one will turn it off. They are beautiful, educational and give viewers a rare insight into the natural world.

On-screen, eagles lock claws in aerial combat, a blue whale dives down to the deep recesses of the ocean, a cheetah flies across the grassland in deadly pursuit of a gazelle, while the gazelle runs for it’s life in a zig-zag line. Birds of paradise, hunting dogs, leafcutter ants—they’re all there in full HD and vivid colours.

Watching these stunning films, even when you are completely immersed in the film, you often pause to think, “Gosh! How did they make this movie!”

So, let us explore all that goes inside the making of these amazing films.

How Long Does It Take To Shoot A Nature Documentary? 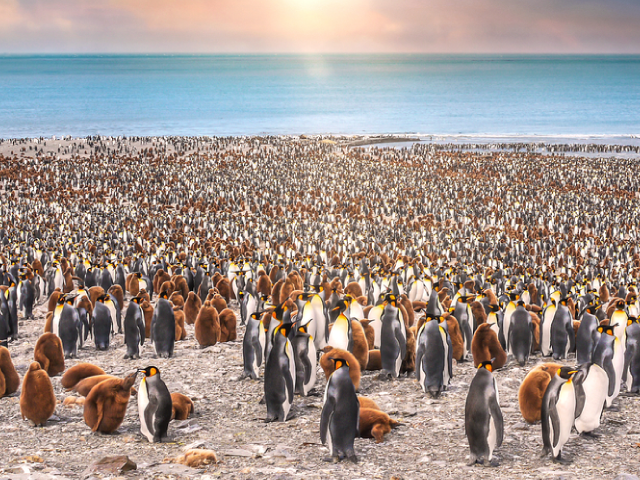 Filming animals takes a long time. Unlike a feature film, where one starts off with a script, wildlife film-makers have to struggle with the unpredictability of Mother Nature.

Usually, in the case of a one-hour wildlife film, the production can last up to two years or more depending on the difficulty the subject poses.

Who is Sir David Attenborough, you ask? Well, Sir David is a natural historian who has trekked through uncharted wilderness to film some of the remotest people and animals on earth. 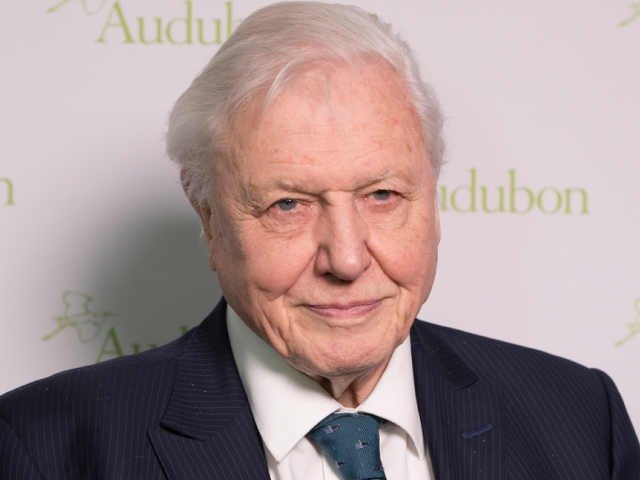 Our Planet took four years to make and the film was shot in 50 countries all over the world, across all seven continents.

Another great example in our own backyard is the stunning nature documentary, Wild Karnataka,  which captured the majesty and beauty of the state and has proven to be a visual treat for Indian film viewers.

Who Shoots These Films? 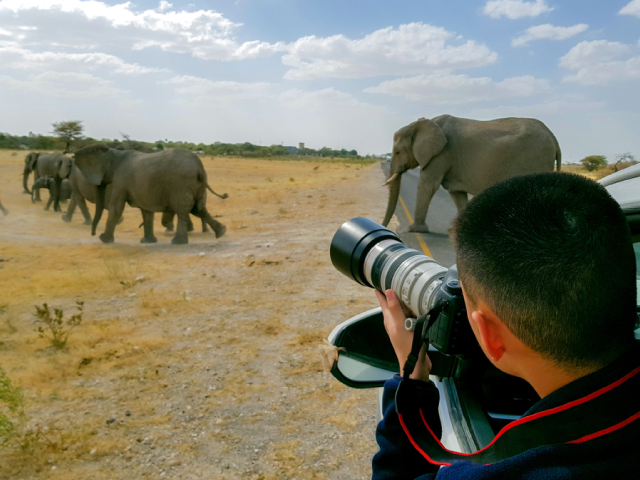 Wildlife cinematographers are a special breed, and they need to be!  To excel at this job you must be passionate about wildlife and love nothing more than to spend time in the wildest and most unforgiving conditions. 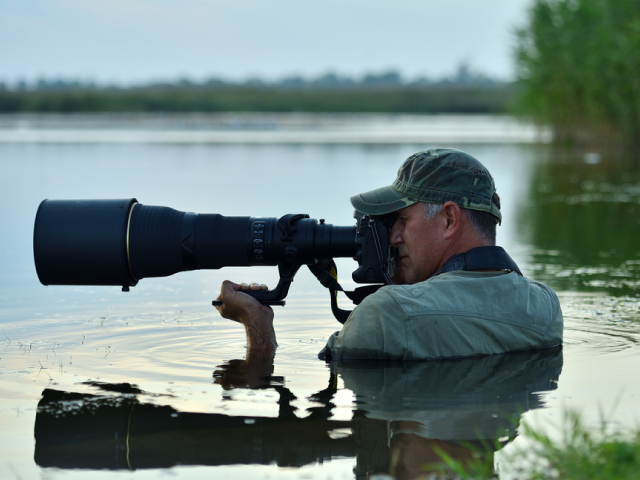 To film wild animals behaving naturally in their environment calls for a thorough understanding of their behaviour and the ability to approach them without causing distress.  Animals have senses that are often superior to ours, and to outwit them is no easy task!

Whether it is filming from a small platform high up in the forest canopy or from the scorching floor of a desert, the wildlife cinematographer must learn to become invisible when the situation requires it. 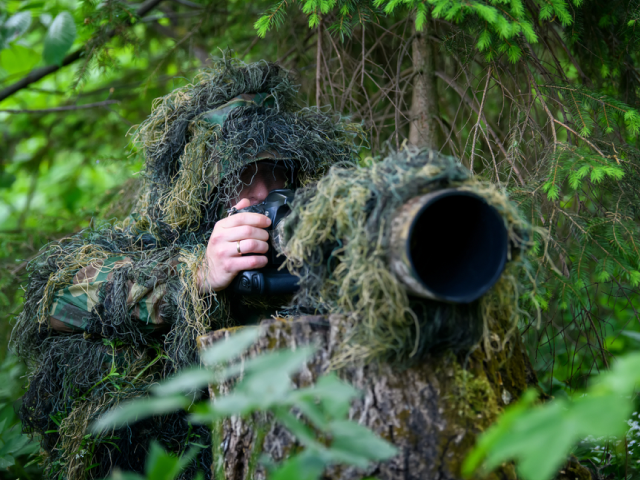 Of course, combined with all this, one must also have an artistic eye and be technically skilled to capture beautiful shots! 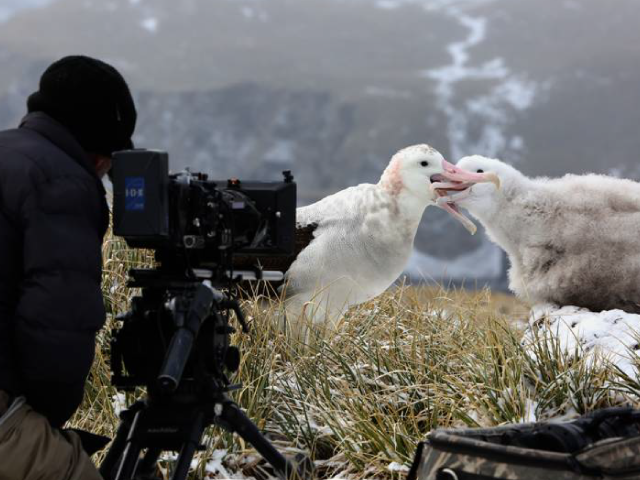 Even after having the best cameraperson, it’s not easy to shoot the natural world. Elusive Snow Leopards are rare and avoid humans, soaring birds spiral up and down great heights in the sky with dizzying speed, and some predators are too dangerous to get near.

Fortunately, new camera technology is allowing wildlife film-makers to use a variety of sneaky ways to film their animal stars. 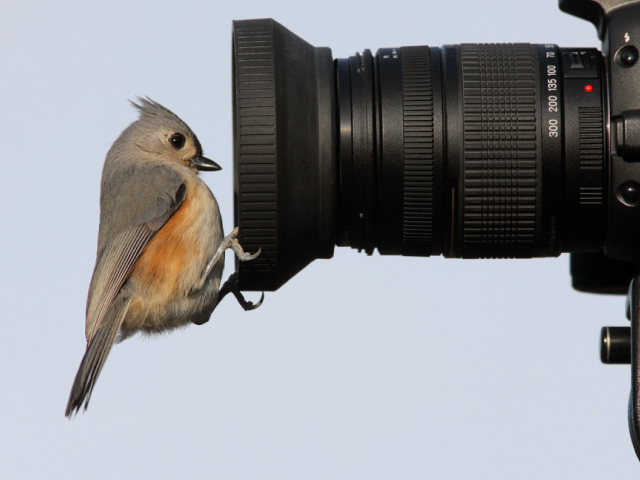 In the old days, film cameras used to be massive in size. These clunky, cumbersome cameras were mostly mounted onto a tripod. But now cameras are so much smaller — you can now put them into boxes and leave them up a mountain or even send a camera up a tree with a rope. 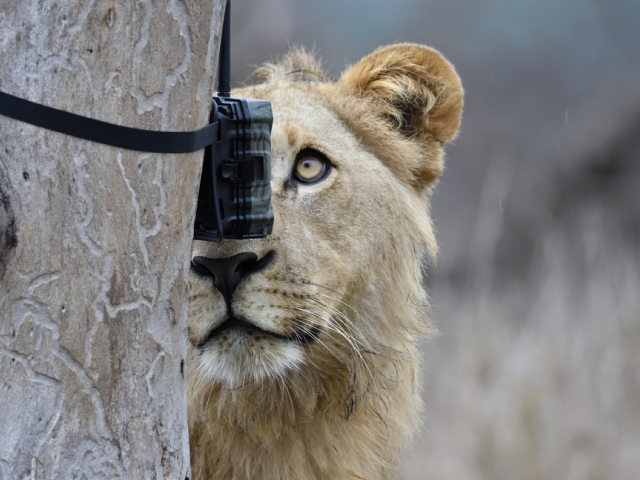 Drones are also used to shoot in remote places or to show sweeping vistas. Have you seen all those breathtaking shots with millions of penguins or huge herds of elephants captured from a birds-eye-view?  It’s all thanks to drone technology. 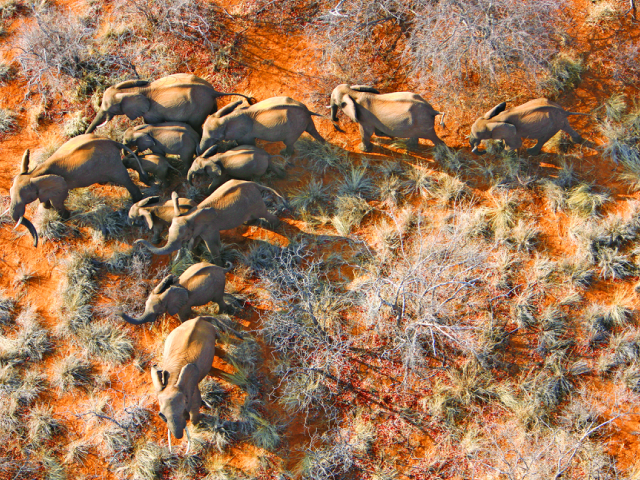 There are also camera traps, which are triggered by motion and help capture footage of very rare animals such as the snow leopard, which is endangered and lives a solitary and secretive existence. 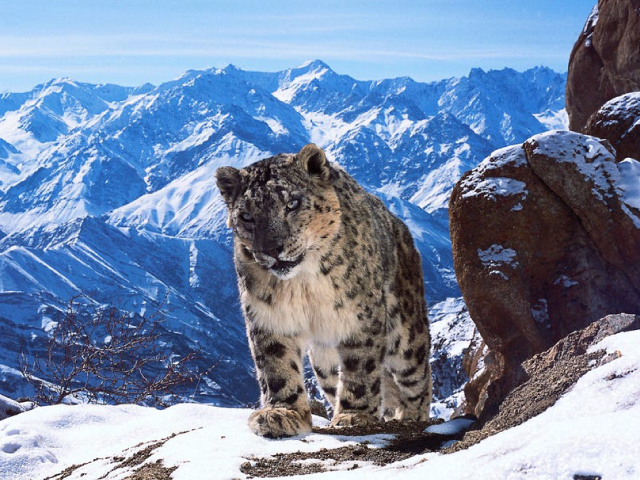 When The Shooting Stops

An iguana sits on an uninhabited Island. A racer snake slithers up from behind him. What follows next is a scene that captures the beauty-in-the-beast that is wildlife. The music swells as the chase begins. The iguana is literally running for his life with a den of snakes tailing him. It’s catch-me-if-you-can with narrow escapes! But he survives. The scene could rival any dramatised James Bond movie chase, except for the fact that it’s not dramatised and it’s not a movie! It’s a scene from Planet Earth II, produced by the BBC Natural History Unit. 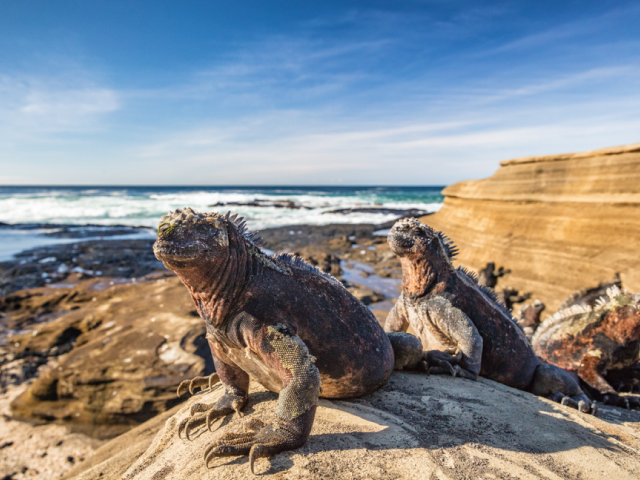 Once all the filming is over, what begins is this task of creating a story. Typically, for an hour-long film, about 25 hours of material would have been shot. These scenes are put together to create well-told, visual stories. These stories are told in a way that heightens our emotions of exploration, fear, death, and victory, all stitched together carefully and brought to life on our screens.

How Natural Are Nature Documentaries? 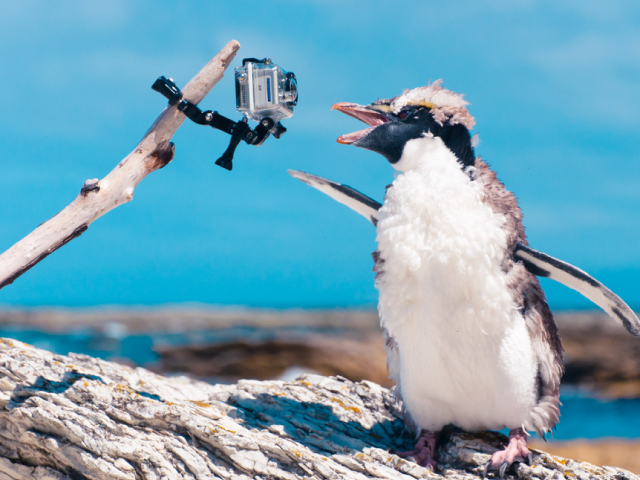 Staging shots or adding sound effects is common. The natural sounds gathered in the field are not enough. It’s difficult (not to mention dangerous) to get camera equipment close enough to capture the sound of, say, a polar bear skidding on ice.

So, wildlife filmmakers often turn to sound designers, or foley artists, to recreate something that sounds like it would in the wild – a soundtrack that is true to nature. So the sound of the clopping hooves of horses could be replaced by coconut shells tapped on gravel. Or the sound of the polar bear skidding could be replicated by dragging a sack of cornstarch across a rough floor! 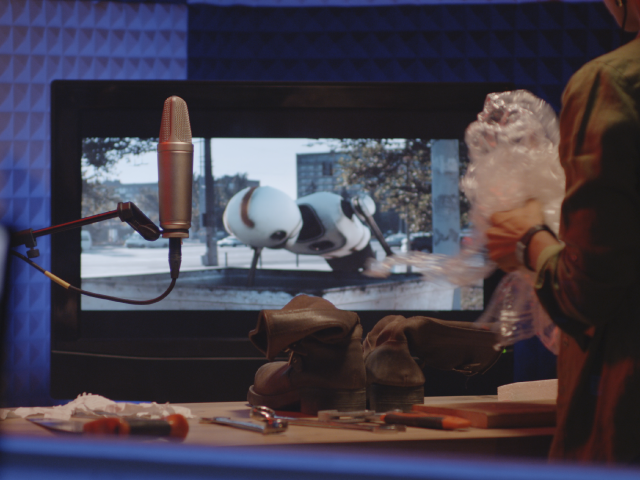 Some sounds are removed because they would distract from the tone of the film (e.g. helicopter rotor blades may be replaced by music over sweeping aerial shots). This is normal in documentary filmmaking.

Stories about animal “families” often splice together footage of different animals to create a story that would otherwise be impossible to film. It’s also common practice to use footage of tamed or zoo animals for close-up shots, in order to avoid disturbing wild animals. 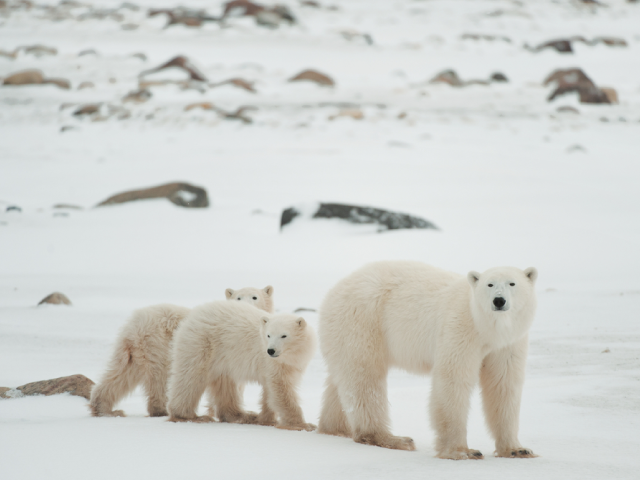 You wouldn’t want to disturb them, would you?

There’s a danger of hoaxing too. For example, in 1958  a documentary called White Wilderness which notably shows a sequence with lemmings, mouse-like critters that live in the Arctic, diving in the sea to commit mass suicide. It even won an Oscar for the film. But in fact, the whole thing was a hoax. The filmmakers drove the lemmings over the cliff themselves, and the “sea” was a tightly-cropped river.

But most nature documentaries don’t resort to staging too many shots. However, these tricks can feel deceptive. After all, documentaries are meant to show us the reality of nature, right? How can they mislead us with fake sounds and manipulated scenes?

Well, these documentaries are not promising to show an absolutely true view of the world as is.

The promise of nature documentaries is that they will show you a world that you otherwise could not see. We would probably never be swimming among the sharks, or running alongside a cheetah in the savannah. But we could see all that and more in our favourite nature documentaries.

In the words of David Attenborough, “There is precious little that is natural … in any film. You distort speed if you want to show things like plants growing, or look in detail at the way an animal moves.You distort distribution, in the sense that you see dozens of different species in a jungle within a few minutes, so that the places seem to be teeming with life. You distort size by using close-up lenses. And you distort sound. What the filmmaker is trying to do is to convey a particular experience. … The viewer has to trust in the good faith of the filmmaker.”

What do you think? Is it ok to use all these techniques to tell us engaging nature stories? Or does it distort the reality of nature too much? Tell us in the comment section below.

Do We Really Know All Animals That Live On Earth?

Numbers In The Wild: How Much Maths Can Animals Do?