Why Do We Fart? Everything You Wanted to Know About Farting 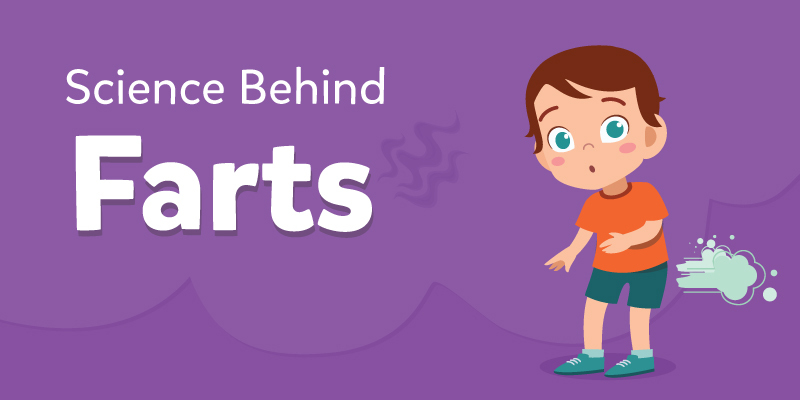 According to research by the University of Wolverhampton in the UK, the earliest joke known to mankind originated in Sumeria, now southern Iraq, around 1900 BC. To no one’s surprise, it was a fart joke.

We have always found noises down under entertaining, but what is the reason for farting? What comes out of you when you fart? And why is it that fart noises are found to be quite funny?

Let’s take a gas-powered trip to the underbelly of science.

The science of farting

Well, everybody farts. You, your friends, dogs, kittens, the Dalai Lama, even regular Llamas too! Just about anything in the animal kingdom with a rear end can and does fart, and it could serve a lot of different purposes.

Herring fish communicate with each other through underwater sounds created through farting, according to a study. The high-pitch buzzing sound helps the fish to communicate at night, without alerting predators.

When threatened, many snakes produce clear warning sounds as a defence mechanism. Some hiss, others rattle. But place a Coral Snake in the same situation and the best it can do is fart.

So let’s clear the air! Farting, or if you prefer to use the medical term for it – flatulence, is a natural, common thing.

In fact, flatulence has even been quantified: the average person passes about 400-1500 millilitres (0.4-1.5 litres) of gas daily, which is probably more than you thought.

The average number of farts has also been estimated, with gentlemen blowing in the wind 14 to 25 times a day and ladies a dainty 7 to 12 times.

What kind of gas comes out of a fart?

There are many gases that are released when we fart. Part of it comes straight from the atmosphere as gases that we breathe – mostly made up of nitrogen and oxygen. Excess of these gases is generally expelled as burping. Read this for a detailed explanation on why do we burp. But at the same time, some of it finds its way through to the dark side. As such, anything that increases the amount of air swallowed will increase the volume of these gases in the bowels: chewing gum, smoking, using a straw, even sucking on pens.

The other part of the gases is produced as a byproduct from friendly microbes digesting food in your gut. This gas is mostly composed of hydrogen, methane and carbon dioxide, which together with the swallowed nitrogen and oxygen make up 99% of flatulence. 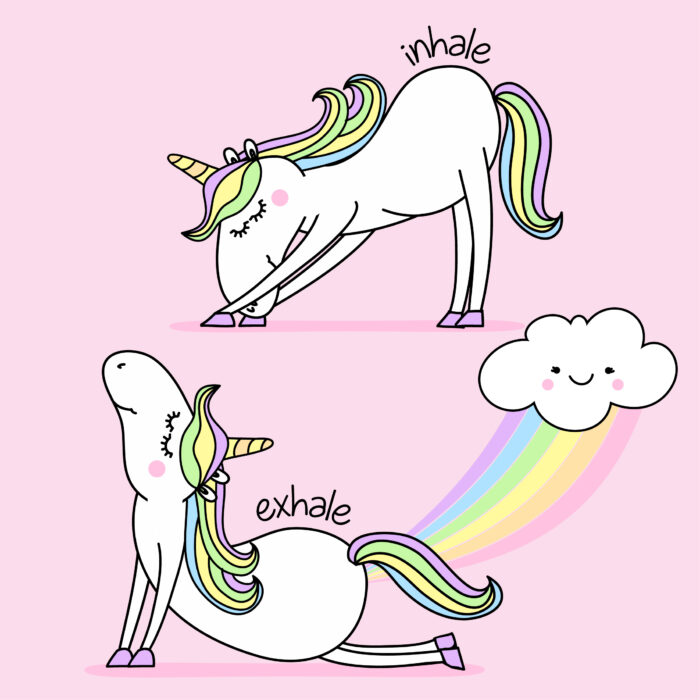 The amount and type of gas produced during digestion depends on the type of bacteria in the gut – which varies from person to person – and fundamentally on diet.

Fun fact: methane and hydrogen are flammable, so stay away from candles located at buttock height.

What foods make you fart more?

It is known that certain foods are more likely to produce intestinal gas. This is because some of their components cannot be properly digested and absorbed by our digestive system. And as such, they arrive in the colon pretty much intact, to the joy of billions of bacteria who proceed to feast on it and show their gratefulness with copious amounts of gas.

These foods include pulses such as beans (no surprise there), lentils and chickpeas, vegetables like cabbage, broccoli and Brussel sprouts and fruits such as apples and prunes.

Dairy products can also produce substantial amounts of gas in the gut of lactose-intolerant persons and can also cause those sheets to fly high in the night.

Now you might ask, this is all well and good, but nitrogen, oxygen, hydrogen, methane and carbon dioxide are all non-odoriferous, so where does the smell come from? Well, the compounds that make farts stink make up less than 1% of the volume. In that less than 1% of smelly stuff we find various different gases containing sulphur — which is responsible for giving rotten eggs their signature odour.

In 1998, researchers went to the trouble of determining which of three gases (hydrogen sulphide, methanethiol and dimethyl sulphide) was responsible for the attack on our nostrils and concluded that hydrogen sulphide was the culprit.

So how did they determine this? Well, they collected the farts and had them judged by specialists. As stated in the scientific paper, “in an odour free environment, the judges held the syringe (containing the gas) 3 cm from their noses and slowly ejected the gas, taking several sniffs.

The odour was rated on a linear scale from 0 (“no odour”) to 8 (“very offensive”).” Think about this next time you feel like complaining about your homework.

The gas passing through the sphincter ring causes vibrations in the muscles similar to those in a musical instrument: the faster the speed of gas passing, the louder the flatus.

Why do we find fart noises so funny?

As we have established, farting is natural to do, and it’s natural to find it a little gross. Then why are fart noises so funny? We’ve been letting out fart jokes non-stop since the Bronze Age at least and there are a couple of different thoughts on why we giggle at this bodily function.

Laughing is a social behaviour that helps us bond with each other. So it is possible that we may laugh as a way to make the farter feel less embarrassed by joining us in the laughter.

Another explanation could be derived from something called ‘incongruity theory’  which says that  we laugh at unexpected things. And farts do tick the ‘unexpected’ box. Our brain’s response to confusion is often laughter — like when you see a monkey taking a serious office call on a cellphone.

But honestly, scientists don’t exactly know why anything is funny. So we can’t really be sure why we find farts so funny.

Fart noises may be funny but they are also another example of the crazy, awesome way our bodies work. Everybody does it, so everybody should know a little more about it.

Enjoyed reading this? Check out more such awesome content on The Learning Tree blog:

Why do we laugh when tickled?

Why Are Some People Left Handed

Why Does The Sky Change Colours?

Farting is healthy and good for you! Your body produces gas as part of breaking down and processing food. If you notice you are farting excessively and have other symptoms of digestive distress, you should see a doctor.

Farting is a normal and natural occurrence.Your body produces gas as part of breaking down and processing food. You also swallow air when eating, chewing, or swallowing. All of this gas and air builds up in your digestive system.

3. What happens if you ignite a fart?

Out of all the gases in our farts, hydrogen, oxygen and methane are the flammable ones. This means they can easily be set on fire. In fact, one of our fart gases – hydrogen – is so flammable that it is actually used as rocket fuel! You can set your farts ablaze, but could it be enough to create a flamethrower out of your behind? No.