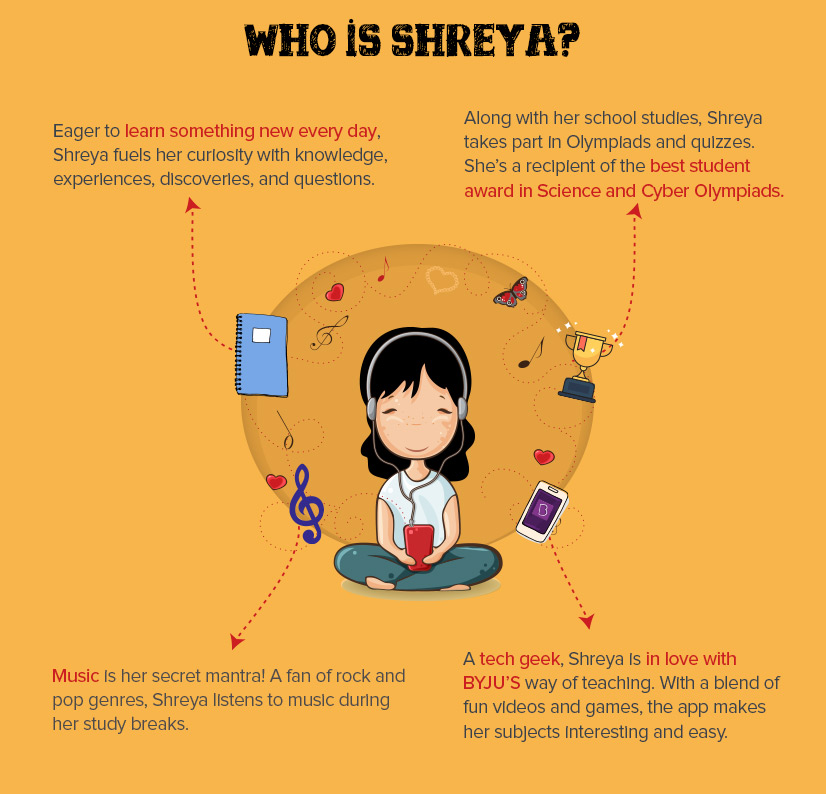 Eleven-year-old Shreya Vetrivel from Thiruvallur aspires to be an IAS officer and serve her country. When BYJU’S traced her journey to success, this is what we found out about this talented sixth-grader.

A class topper, Shreya’s secret to success is a dedicated timetable made by her parents. Initially, Shreya’s parents helped her with studies but when their work schedules got in the way, it became difficult for them. That’s when Shreya’s dependency shifted to technology. 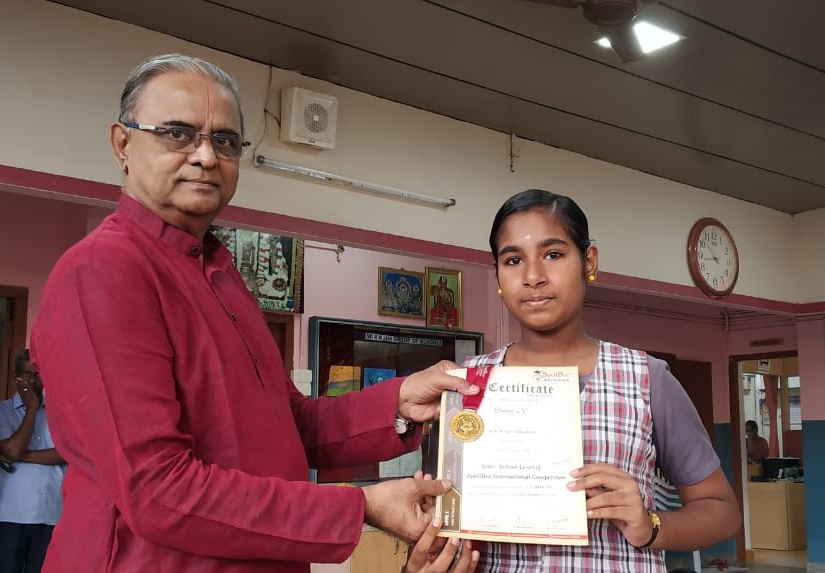 She would spend hours surfing YouTube channels seeking explanations for math and science topics. “Shreya’s interest in learning through technology led her to BYJU’S app two years ago. Detailed explanations through interesting animations and games on the app were useful for my daughter. In fact, she could correlate the video explanations with the information in her textbooks and learn better. Looking at her growing interest in studies, we bought the entire BYJU’S course for her,” says Professor Dhanalakshmi Vetrivel, Shreya’s mother.

She further adds, “Being a teacher, I understand the importance of mastering the fundamentals of each concept. BYJU’S app stresses on basics first and gradually guides students towards learning complex concepts. Also, there are several activities like games, customised tests, and quizzes. With all these amazing features, a student forms a lifelong learning bond with BYJU’S.”

Tips from the Topper

A special thanks to her mentor Pradeep Sir for encouraging Shreya to become a lifelong learner. She’s gearing up for her next International Math Olympiad (IMO) and we wish her the very best.

Like this story? Read similar stories at The Learning Tree.

> How BYJU’S helped Tushar top the ICSE board with 99% marks!