What Can We Learn From The World’s Explorers?

Sometimes, it can feel like our problems are bigger than everyone else’s. It can feel impossible to move on and things can get a little overwhelming. In these times when we don’t feel a hundred per cent sure of ourselves, when our problems appear to tower over us like Mt Everest, it helps to think of the real, actual people who first climbed Mt Everest!

Indeed, the stories of explorers are always a story of excitement, perseverance and the indomitable spirit of humanity. They remind us that no matter how hard something seems at the moment, there’s always a way around it. Explorers can teach us a lot of valuable lessons in everyday life. Let’s take a look at four such valuable life lessons we can learn from the explorers of the world.

Learn friendship and perseverance from Edmund Hillary and Tenzing Norgay

Edmund Hillary and Tenzing Norgay were the first to scale the peak of Mt Everest in 1953. The duo is forever remembered as a symbol of perseverance and the spirit of exploration. These two pioneers battled frost-biting temperatures, tumbling ice rocks, powerful winds, and death-defying ridges to reach the top of the world’s highest mountain.

When they came down from the mountain after achieving the great feat, the press hounded them with questions as to who was the first to reach the peak. Not wanting to cause a controversy, the two mountain climbers made a pact to not reveal who reached the summit first. Instead, they gave credit to the entire team which made it possible, which included 10 climbers, 362 porters, 20 Sherpas and 4.5 tons of supplies. “To a mountaineer, it’s of no great consequence who actually sets foot first. Often the one who puts more into the climb steps back and lets his partner stand on top first,” Hillary said in an interview with National Geographic. The pair’s pact stood for years, until Tenzing revealed in his autobiography, Tiger of the Snows, that Hillary had in fact stepped foot on the summit first. Norgay and Hillary remained lifelong friends until Norgay died in 1986.

Norgay and Hillary’s famous gesture of friendship teaches us an important life lesson – to value those that stand with us and to never give up on our goals.

Amelia Earhart was the first woman to fly solo nonstop across the Atlantic Ocean. And she didn’t just stumble upon the opportunity by mere luck. Earhart had to fight for her dream every step of the way. At a time where women had not even entered the workforce in a male-dominated workspace, Earhart dared to dream. In 1927, Earhart received a phone call asking her to fly across the Atlantic Ocean. But she would only be a passenger along with two other male pilots through the dangerous ride. Although the opportunity posed a great risk and was mildly insulting, Amelia agreed. The success of that flight paved the way for Amelia’s career in aviation. In 1932, she carved her name in the history books by successfully completing a 14-hour transatlantic solo flight from Newfoundland to Ireland.

Amelia Earhart’s success teaches us a valuable life lesson. Take advantage of opportunities even when the conditions aren’t the best. Never hesitate to swim against the current when you know what you believe in is right.

Be humble and work under pressure like Neil Armstrong

Sitting on top of a rocketship with several tonnes of highly explosive fuel under you while on your way to being the first human to set foot on the moon sounds like a nerve-racking experience. In 1969, under conditions of great risk, Neil Armstrong became the first person to walk on the moon. The NASA astronaut understood the significance of the mission for humanity and diligently rose to the challenge, evident in his iconic quote, “One small step for man; one giant leap for mankind.” 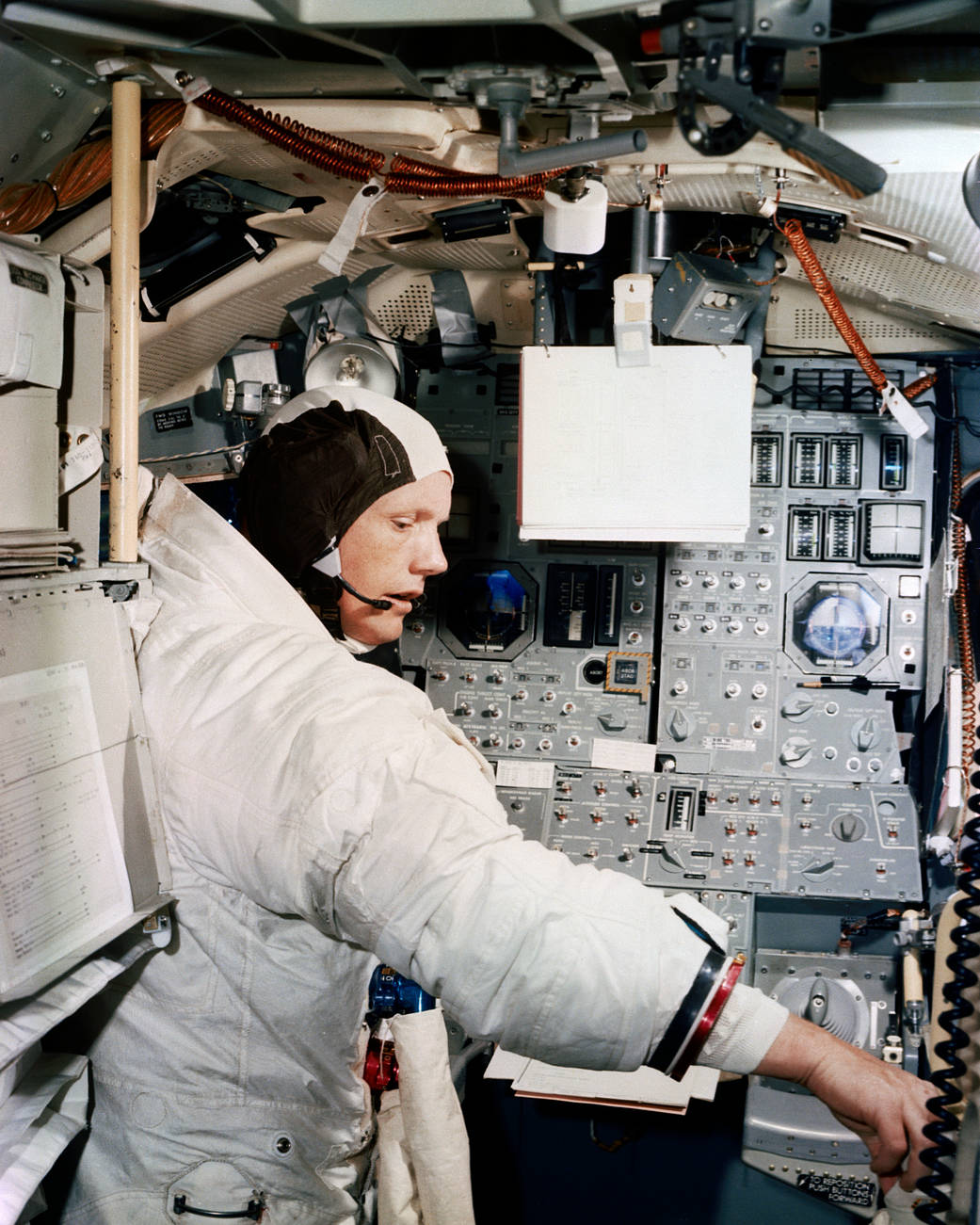 Armstrong was and will always be remembered as a humble hero, always one to shy away from the public eye and uncomfortable with his celebrity status. “He was not interested in wallowing in his accomplishments and sitting on his laurels and having people adore him,” Greg Brown, experience coordinator at the Armstrong Air and Space Museum in Ohio, said after Armstrong’s death in 2012. “He just wasn’t wired that way. It just wasn’t something he was interested in.”

From Neil Armstrong, we learn that no matter how big your achievements are, they are worth nothing if not carried with humility and grace.

In 2011, British explorer Ed Stafford made his way into the Guinness World Record for walking the entire length of the Amazon river. His almost impossible sounding journey took him across over 6,500 kilometres through some of the most remote areas on Earth. He crossed dangerous rainforests, full of wild animals and even an 18,000-foot mountain, all across a span of two years. Stafford documented every step of his expedition on camera with the intent of raising public awareness towards the complexities of the Amazon rainforest. Ed’s footage was picked up by Discovery Channel and made into a documentary. He was later the star of a reality show called Naked and Marooned where he survived alone for 60 days without clothes, gear, tools, food or water.

Ed Stafford’s story teaches us that the road less travelled can sometimes hold the greatest hidden value. Sometimes, we have to break out of the rut and chart our own path to success.

Feeling motivated enough yet? Want some more? Here are some more motivational tips from The Learning Tree:

Life Lessons From the Most Famous Mountaineer In The World

How to Study Effectively During a Lockdown?

How to Find the Extra-ordinary in the Ordinary?

Thanks byjus for this

thank you byjus for showing these videos

its amazing, thanks for that wonderful information

It’s amazing to know about these great explorers!!

> How “Keep Learning” Can Change Your Life

> How “Keep Learning” Can Change Your Life