From taking part in Counter-Strike tournaments during his college days to now creating deep learning games at BYJU’S, Balasubramanian Prakash has come a long way in his career.  The BYJUite (who is better known as Bala amongst his colleagues) has been a video game enthusiast since his school days. It wasn’t much of a surprise then when opportunities came knocking at his door quite early. “You know how children go to tuitions to study. Like that, my friends and I would get together every day and spend hours practising video games so we could perform well in tournaments,” he recollects.

His first stint, he recalls, was during college (2006) when he was approached for the role of a Focus Tester. Now, 14 years later, Bala has not just worked with reputed gaming studios but has contributed to popular titles like Penguins Of Madagascar, Dragon Ball Z, How To Train Your Dragon, among others. His entrepreneurial years, when he worked towards creating high-quality products for the global market, is an experience that he says, has been instrumental in his career.

In a freewheeling chat, the Executive Producer at BYJU’S opens up about his role, his journey from being a QA engineer to becoming a producer, what aspiring gaming developers should keep in mind before venturing into the field, and how he’s keeping his team motivated during this pandemic.

Read More: A Sound Engineer’s Journey to BYJU’S and Why It’s Been an Experience Like No Other

How has the team grown and evolved since you joined?

I joined BYJU’S in 2019. Back then, the Game Pod was fairly new. A lot of things were just getting set up. Even the team was pretty small at that time, we were just 17 people whereas right now we are a team of around 50 people. We kind of grew as we built the team. So it wasn’t difficult per se as much as it was interesting.

I start my day by interacting with the entire team. I get in touch with the different pods (specific pods are created for every game under development and include a team of designers, developers, artists, and such) and plan what everyone needs to do, whether they are facing any challenges in finishing the task, etc. Since everything from art, animation, game design to development is done in-house at BYJU’S, we have to make sure that everything is well coordinated. 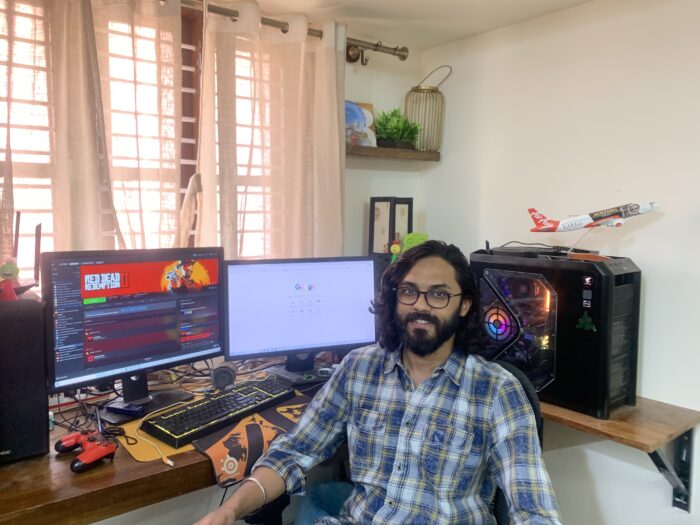 Communication is key, shares Bala, in keeping his team motivated in these times

These are indeed unique times we are living in. With COVID-19 affecting us closer home, how’s your team dealing with the situation?

By communicating as much as possible! We are all used to going to work, seeing and talking to each other. But now that it’s not possible, we are offering support by staying connected. With the tech at our disposal, we are ensuring that we at least check in on each other. Most of these platforms are also adapting to these needs. By next year, hopefully, we will have better and efficient communication tools, making our lives a lot easier.

How are you managing to stay positive and keep your team motivated through all this?

Health is a priority right now. For those who have tested positive, we have urged them to not worry about work but to take time off and rest. We have even initiated a small process every Friday to connect with the entire team and understand what’s happening, professionally and personally as well. In fact, people in our team have gone out of their way to offer help to their colleagues by sharing responsibilities. I believe these small gestures make a big difference.

Let’s rewind a bit, what inspired you to take up gaming as a career?

From a very young age, I was heavily invested in gaming. Even when I was in school, I was quite fascinated with games. Back then, we were into multiplayer games like Counter-Strike and DOTA. Soon after college, a friend came up to me with an opportunity to work with a gaming studio and I was like, ‘Why not? Let’s try this.’ I was very excited. That’s how my gaming career started.

How has your entrepreneurial experience helped with running the Game Pod?

When we started our gaming studio, Kapuchin (where I was part of the founding team), we used to make games for the Indian as well as the global market. We made sure whatever we put out was of high quality in terms of user experience and usability. We were a very small team working on a limited budget. Learning to put out quality products despite these two constraints was a great learning experience. It comes in handy when running the Game Pod at BYJU’S now.

Read More: How An Electronics Engineer Realised His Passion For Music In BYJU’S 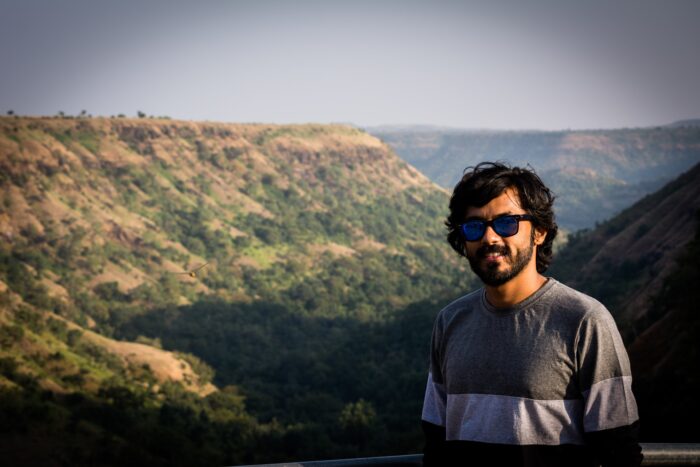 You have worked with teams across various companies. What makes working at BYJU’S unique?

At BYJU’S, there is a lot of freedom and autonomy to experiment with the latest technology and design. The most exciting part about the work here is that we are doing something new every day. We work with a vision and are building new technology that is going to help children learn new things. It’s an interesting way of learning where children will learn through play. And that is something that I’m very proud to be a part of.

What would be the one piece of advice you would give to aspiring BYJUites?

The work culture at BYJU’S involves taking ownership of a particular project or product. Whatever you are working on, do it with a lot of passion. You need to believe in it and consider the product as your own. Only then you would start seeing things from a different perspective. Until and unless you do that, it’s going to be just another job.

Like what you read? Discover more such stories about our work, people, and teams on Life at BYJU’S. And to explore open roles, check out Careers at BYJU’S.