Science Without Animal Testing: Possible Or Not?

In the last 100 years, medical science has made great progress in finding cures for many diseases. Many of these major medical breakthroughs have been made due to animal experiments.

For example, in the 1920s, a surgeon discovered he could relieve the symptoms of diabetes in dogs by injecting them with insulin. Before that, people with diabetes got very sick and did not live for long. But now people with diabetes are able to live normal lives with the help of insulin.

Animals have also been used to develop vaccines to prevent many diseases. Many diseases like polio and meningitis previously killed billions of people. Animal experiments also allowed us to develop crucial medical practices. For example, anaesthetics used to put people to sleep during surgery, cancer treatments, and antibiotics.

While a person born 200 years ago would be expected to live for 30 years, people born these days live around 70 years. This is called an increase in ‘average life expectancy’. Discoveries resulting from animal experiments have a lot to do with that increase in lifespan.

Why Animals Are Used In Experiments? 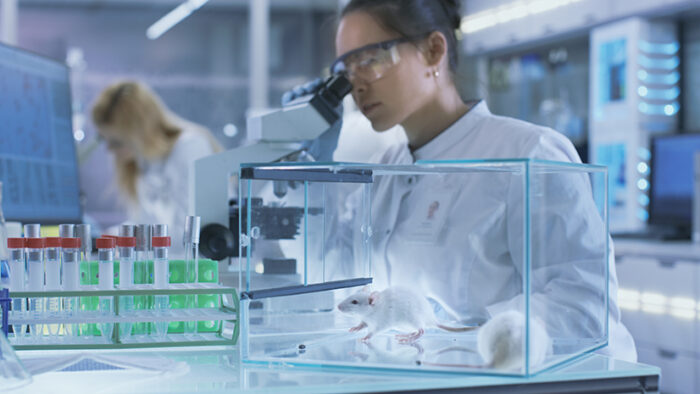 There are many reasons why scientists have been using animals for medical experiments for a long time now.

Did you know that there are many similarities between animals and humans, and they often get the same illnesses?

Mammals like mice, rats, and rabbits have the same set of organs including a brain, heart, and lungs that work in the same way they do in humans. That’s the reason animals have always been used in medical experiments. Through animal experiments, scientists understand different human diseases and try to find their cure.

Not to forget that it would be quite risky to try a new medicine on humans before checking that it is safe. Otherwise, people could get very sick or even die in the process.

Should Animals Be Used In Research? 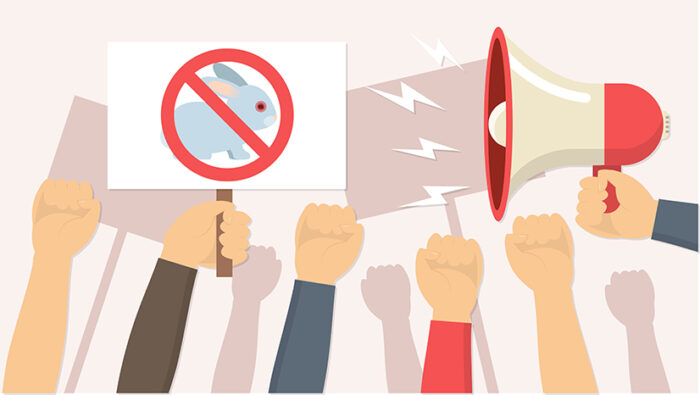 The use of animals in scientific research has long been the subject of heated debate.  On the one hand, it is considered morally wrong to use animals in this way solely for human benefit.

On the other hand, removing animals completely from the lab would slow our understanding of health and disease. And in the long term, this would affect the development of new and vital treatments.

Those who support animal testing point to many potent medicines that exist thanks to animal testing. Opponents, meanwhile, argue that subjecting animals to experiments for human gain is not ethical. What’s more, many argue that such research is often misleading because it compares apples and oranges. Results from animal studies often don’t translate to humans. This is because in spite of the similarities, there can be many differences in treating animals and humans.

What Are We Doing To Protect The Animals? 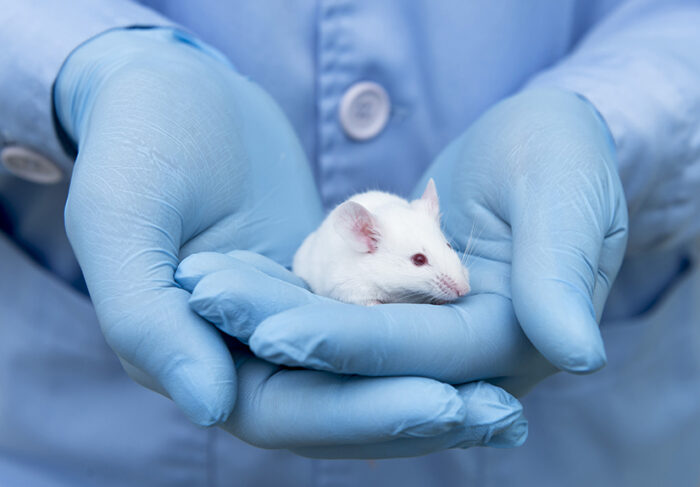 Over the years, luckily there has been much improvement in how laboratory animals are treated.  Animal experiments could only be performed if they are absolutely necessary and would help save human lives. And definitely not just because the scientists were curious! There are also laws that explain which experiments can and cannot be done on animals. For example, testing of cosmetics (like shower gel and shampoo) on animals is now illegal in many countries, including India.

We understand that important discoveries have been made and there is much improvement in how laboratory animals are cared for. But wouldn’t we all love it if we did not have to use our friendly animals in experiments at all? So, are scientists doing anything to find alternatives?

Well, the answer is a resounding yes!

The 3 Rs in Animal Testing

Scientists for a long time have been trying to come up with other ways to develop medicines and study diseases. Ways in which they don’t have to hurt the animals.

And that is why scientists are working on new approaches that replace, reduce, and refine (improve) animal experiments. This is known as the three R’s of scientific research.

Replacement is about finding different options for experiments, other than animals. Reduction refers to developing methods so that fewer animals are needed in each experiment. Refinement is concerned with improving current animal research so that the animals suffer as little as possible.

The best replacement for animal experiments would be to use humans. This is because the results of human experiments would be the most accurate. It is not possible in many cases because of the risks involved. But a method called “micro-dosing” is being developed. In this method, people are given tiny amounts of new medicines to look at how their immune systems respond.

Animals like mice and rats can also sometimes be replaced with other living things that can’t experience suffering, like fruit flies. Worms have recently been used to discover new antibiotics.

Another way of replacing animal experiments is by using computers or mathematical models. Scientists use calculations based on previous research to predict which medicines might work or which side effects might occur.

To reduce the number of animals used in research, experiments have to be carefully designed and analysed. If too few animals are used in an experiment, the result might be unclear. And repeating the experiment would use even more animals in the long run.

Scientists are also trying to maximise the amount of information they can get from each animal. For example, if they are looking at the growth of a tumour, they might need to sacrifice different animals each week to look inside at the size of the tumours. But by scanning the tumours instead, the same animals can be studied each week.

Scientists also share their results and studies with each other all the time. This makes it less likely that the same experiments get repeated unnecessarily by different people.

Refinement is about minimizing pain and suffering and improving the health and happiness of the animals. Refinement includes making sure the animals have comfortable housing conditions. Housing is created that support their natural needs like socializing, hiding and nest building.

One important refinement in animal experiments is using imaging technologies instead of surgery. Rather than ending an animal’s life to observe how a disease has spread inside the body, pictures can be taken while the animal is alive. Imaging can be done with X-rays or scans. It can also be done by making parts of the animal’s body “glow in the dark. This is done by using chemicals that occur naturally in algae and jellyfish.

A Future Where No Animals Are Used In Testing? 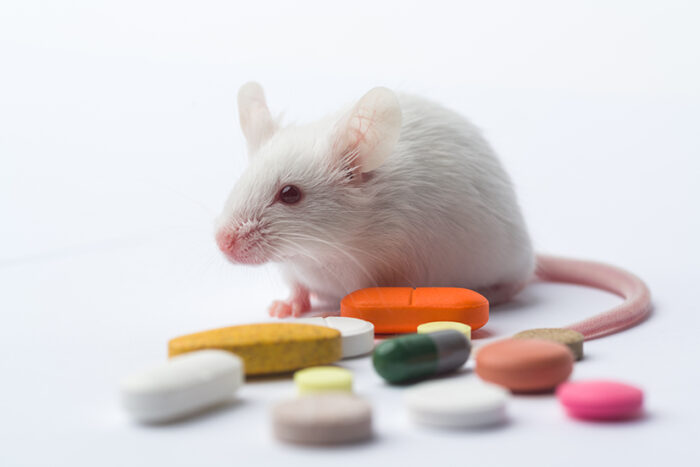 Many important medical discoveries have resulted from animal research. Countless human lives have been improved or saved by experiments using animals. However, everyone would prefer it if we could stop using animals in medical research altogether.

That’s why scientists around the world are working hard to find new methods to replace the use of animals. But animals still need to be used in many situations. Our bodies are so complicated that we cannot always know how they will react to a disease or medicine just by looking at cells in a test tube, or at a computer.

However, as technology advances in the future and scientists continue to work on the 3R’s, there is hope that one day, laboratory animals will only be found in your history books.

Thank you Byju’s, For this Information……🤩🤩🤩🤩