The Story of Insulin, Curiosity And Hope

Since the dawn of time, we have searched for ways to make life easier for us. The modern age has given us some amazing technological advances. For example, what would we do without the internet, our mobile phones or high-speed travel?

For many people, surviving without these things sounds rough. However, for a lot of people there is one particular 20th-century discovery that has changed life: insulin.

Imagine a hospital ward, filled with young children fighting against a disease with no cure. Where there was nothing anyone could do except pray. This is how it was for most of history till the great discovery of insulin happened.

So let’s dive into the origin story of a wonderful thing we call insulin. 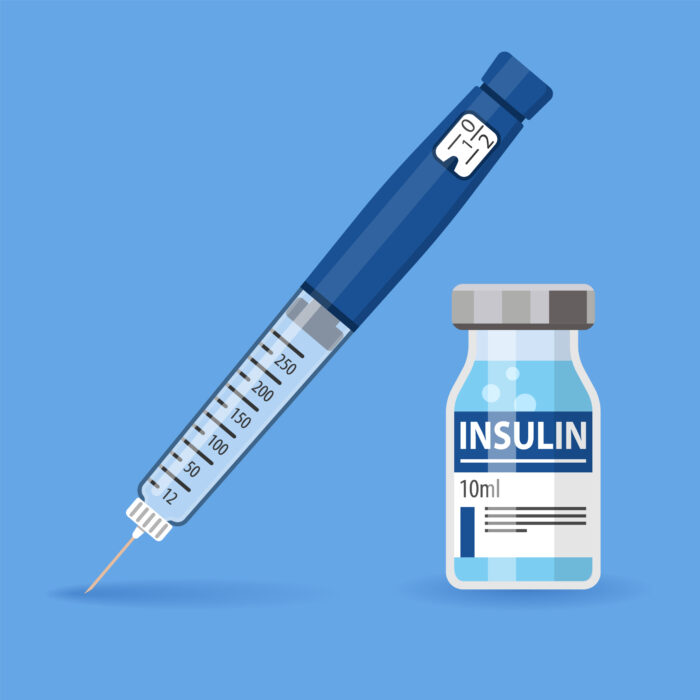 Maybe a kid you know always eats a snack during a soccer game or goes to the school nurse before lunch to get a shot.

If you have a friend or a classmate like this — or this sounds just like you — you’re not alone. Thousands of kids all over the world do stuff like this every day because they have type 1 diabetes (pronounced: dye-uh-BEE-tees). What is it? Let’s find out.

Diabetes is a disease that affects how the body uses glucose. Glucose is a sugar which is the body’s main source of fuel. Your body needs glucose to keep running. If someone has diabetes, he or she has trouble with a hormone which is called insulin. Insulin is made in the pancreas, and it lowers the level of glucose in the blood. Insulin is kind of like a key that opens the doors to the cells of the body. It lets the glucose in. Then the glucose can move out of the blood and into the cells. 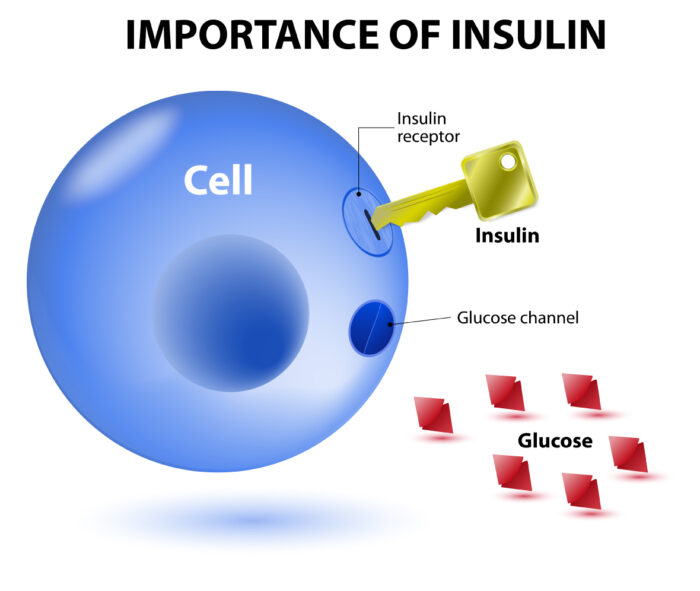 But if someone has diabetes, the body either can’t make insulin or the insulin doesn’t work as it should. The glucose can’t get into the cells normally. Because of that, the blood sugar level gets too high. Too much sugar in the blood makes people sick if they don’t get treatment. 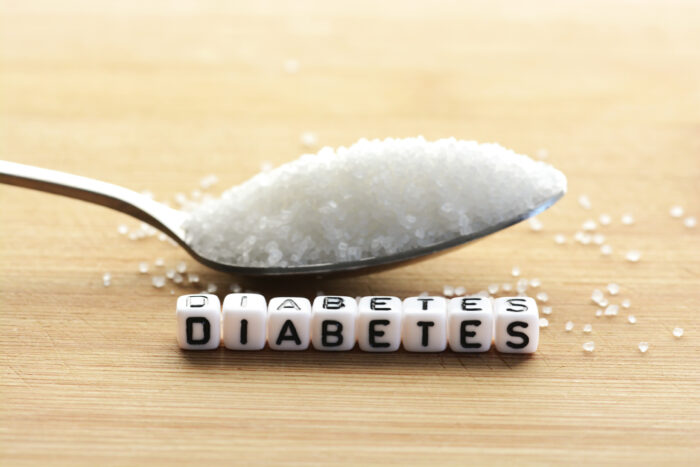 The first references to what was likely diabetes were made by Egyptian scholars around 552 BC. Chinese and Indian academics also observed diabetes around the same time.

All noted that those suffering from diabetes endured a constant flow of ‘sweet urine.’ In fact, the Indian scientists were able to differentiate what we now recognize as type 1 and 2 diabetes by the 5th century AD.

Before insulin was discovered in 1921, the chance of death for people diagnosed with diabetes was 100%. There wasn’t much doctors could do for them. The most effective treatment was to put patients on very strict diets. This could buy patients a few extra years but couldn’t save them. Some doctors would prescribe as little as 450 calories a day! You can get an idea of how much (or how little) 450 calories is when you consider the calorie count of popular foods. For instance, two slices of pizza contains about 500 calories. While two pieces of fried chicken contain about 400 calories. Imagine just eating that for the entire day for years! These kinds of harsh diets often caused diabetic patients to die of starvation. 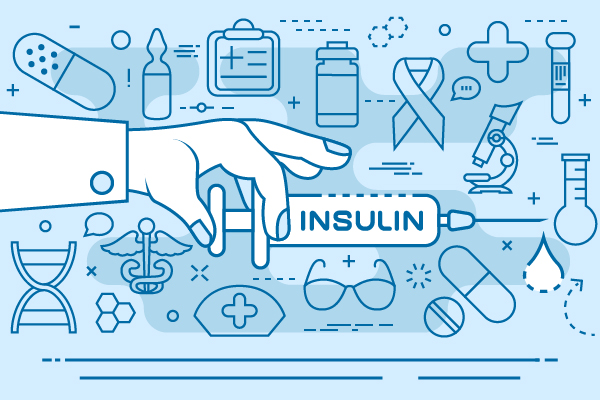 There were two German researchers, namely, Oskar Minkowski and Joseph von Mering. In 1889, they found that when the pancreas gland was removed from dogs, the animals developed symptoms of diabetes. This led to the idea that the pancreas was the site where “pancreatic substances” (insulin) were produced.

In 1910, Sir Edward Albert Sharpey-Shafer suggested that there was only one chemical that was missing from the pancreas in people with diabetes. He decided to call this chemical insulin, which comes for the Latin word insula, meaning “island.”

So what happened next? Something truly miraculous! In 1921, a young surgeon named Frederick Banting and his assistant Charles Best figured out how to remove insulin from a dog’s pancreas. Skeptical colleagues said the stuff looked like “thick brown muck”. But little did they know this would lead to life and hope for millions of people with diabetes. 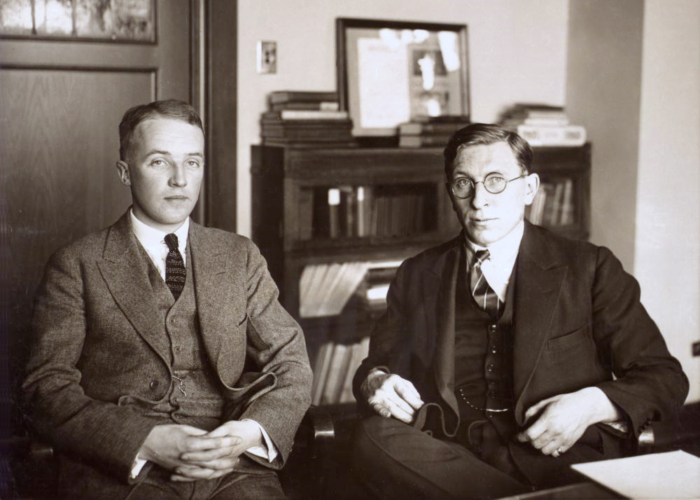 Using this murky mixture, Banting and Best kept another dog with severe diabetes alive for 70 days. The dog died only when there was no more extract in its body. With this success, the researchers, along with the help of colleagues James Collip and John Macleod, went a step further. A more refined and pure form of insulin was developed, this time from the pancreases of cattle.

The Miracle Of Insulin

In January 1922, Leonard Thompson, a 14-year-old boy dying from diabetes in a Toronto hospital, became the first person to receive an injection of insulin. Within 24 hours, Leonard’s dangerously high blood glucose levels dropped to near-normal levels.

With the power of insulin in their hands, Banting, Best and Collip administered insulin to many children who were being hospitalised for diabetes. Many of them were in a coma, on the verge of losing their lives. Their family members grieving for their certain death. But Banting, Best and Collip didn’t stop. They went from bed to bed, injecting the kids with insulin. It is said that by the time they reached the last child, the first few kids who were injected with insulin were already out of their diabetic coma and were showing signs of improvement! 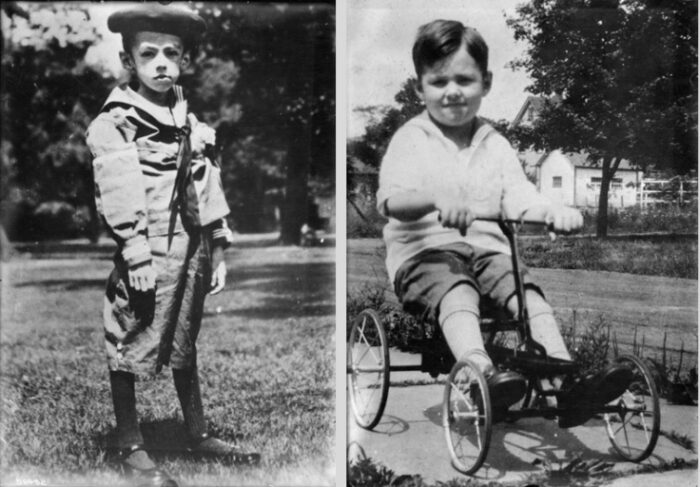 This was nothing short of a miracle! One by one, all the diabetic children awake from their deadly comas. A room of sorrows and sadness was turned into a room with joy and hope.

It is hard to imagine that at one moment, heartbroken mothers were holding their babies’ cold hands, and the next moment a doctor was injecting life into them! What a wonderful and miraculous moment it must have been!

The news about insulin spread around the world like wildfire. In 1923, Banting and Macleod received the Nobel Prize in Medicine, which they shared with Best and Collip. Thank you, diabetes researchers! 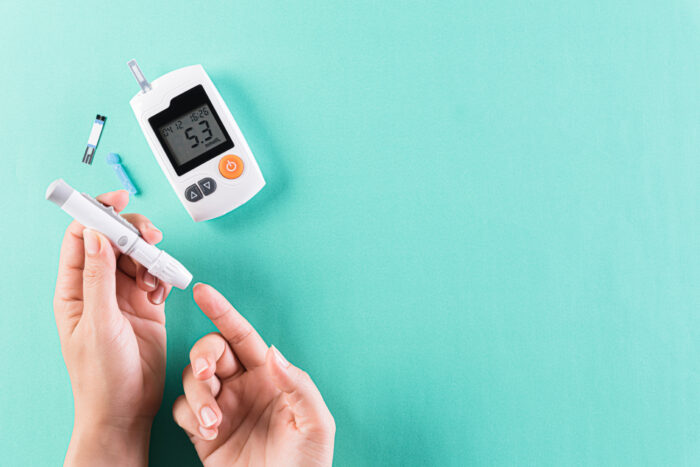 Gone are the days when diabetes was a fatal disease. Today, people with diabetes are able to live full, active lives. And insulin therapy remains a life-saving treatment for individuals with diabetes.

Insulin now comes in many forms, from regular human insulin identical to what the body produces on its own, to ultra-rapid and ultra-long acting insulins. Thanks to decades of research, people with diabetes can choose from a variety of formulas and ways to take their insulin based on their personal needs and lifestyles. From Humalog to Novolog and insulin pens to pumps, insulin has come a long way. It may not be a cure for diabetes, but it’s literally a life saver.

So, what’s next for insulin? Scientists aren’t sure (though they’re working hard on it!), but one thing is certain: The story of insulin is one of curiosity, collaboration and continued innovation.

Can you think of some more interesting discoveries in medical science that changed the history of humankind? Share your thoughts with us in the comments section below.

An article on Cancer and also AIDS including ELISA test should be made. That would be great.

The one thing that I’ve learnt is that in European countries children suffering from such serious diseases was common
While in India, still today it’s rare that a child suffers from diabetes.
The foreign lifestyle is an invitation to diseases and death, so avoid it