5 Famous Humanoid Robots That You Should Know About

Imagine you have a robot that does anything that you want it to do. It could include cooking food for you, making your bed or even something as trivial as serving you water every time you feel thirsty! And it could also include something as serious as fixing your fracture or even performing surgery! Does this sound familiar? No, we are not talking about Irona from the Richie Rich cartoon series or Grace Hargreeves from The Umbrella Academy. We are talking about humanoid robots (also called ‘androids’). These are robots built to resemble the human body and are not from a fictional world but are very much a part of today’s reality. In fact, if you break down the word android, you get ‘andro’ + ‘oid’ which in Latin translates to ‘man-like’ or ‘human-like’. Similarly, humanoid robots that are designed to look like female humans are referred to as ‘Gynoids’ or fembots.

In this age of advanced technology and innovation, many organizations in sectors like hospitality or customer care are interested in developing humanoid robots. Not only are they less likely to make any mistakes but also work around the clock without any issues. To overcome the most obvious hurdle of developing a connection with their customers, these organizations have built robots that not only look almost like humans but also are programmed to behave like one. Let’s take a look at the 5 most famous humanoid robots in the world today: 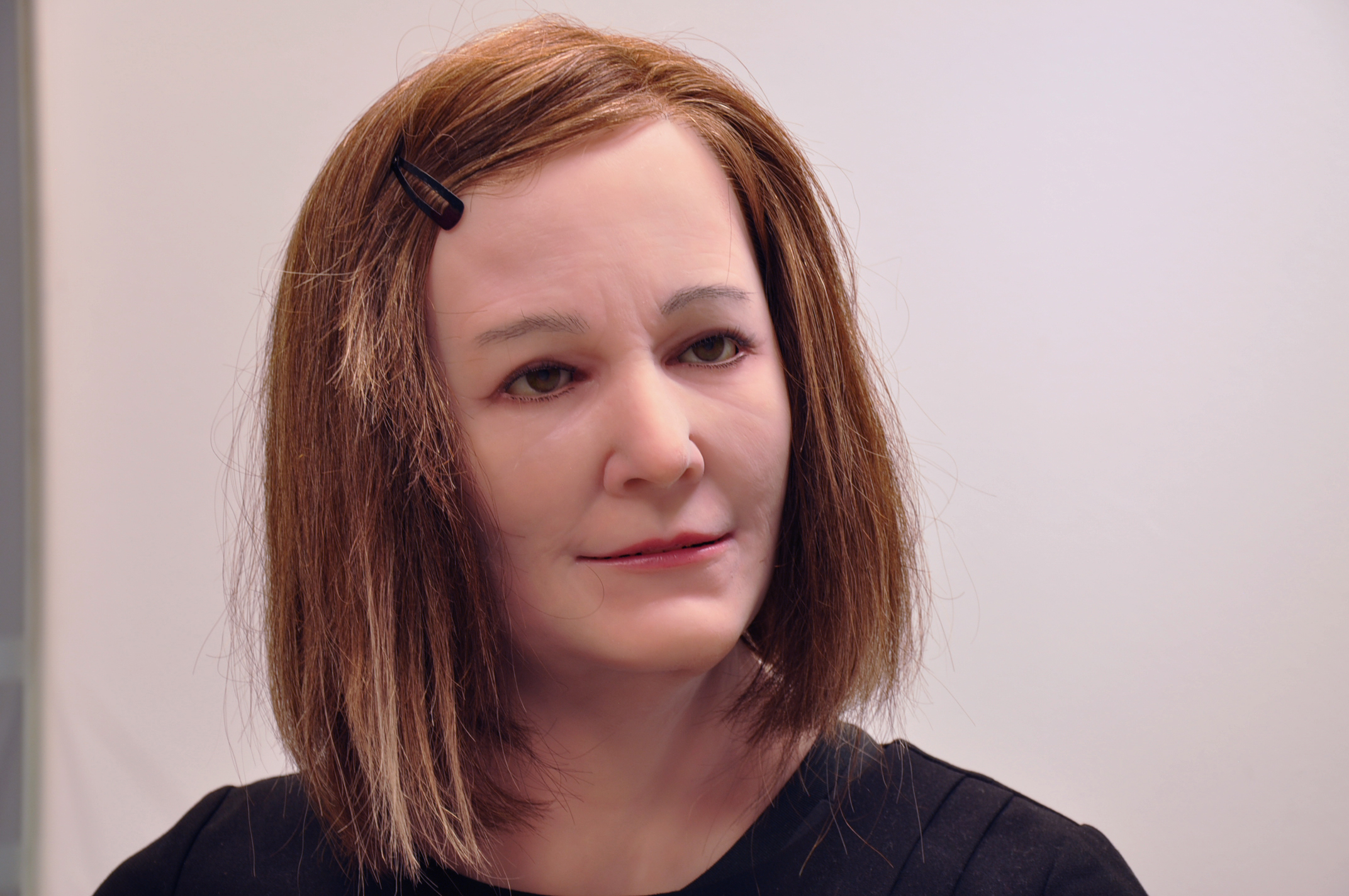 Created in 2013, Nadine was developed by an organization named Kokoro in Japan. She is modelled after Professor Nadia Magnenat Thalmann from Nanyang Technological University, Singapore. Nadine has natural-looking skin, hair, and realistic hands. Beyond appearance, Nadine is programmed to be socially intelligent i.e. she can return a greeting, make eye contact, and also can remember every conversation she has ever had So if you happen to meet Nadine for a second time, she will recognize you and engage in a conversation with you based on your first meeting, just like a human! Or maybe more like a super-human who never forgets anything! She has been part of many national and international events, like in 2018, when she met our Prime Minister, Narendra Modi, during his visit to Singapore. Currently, she is working at an Insurance company in Singapore. 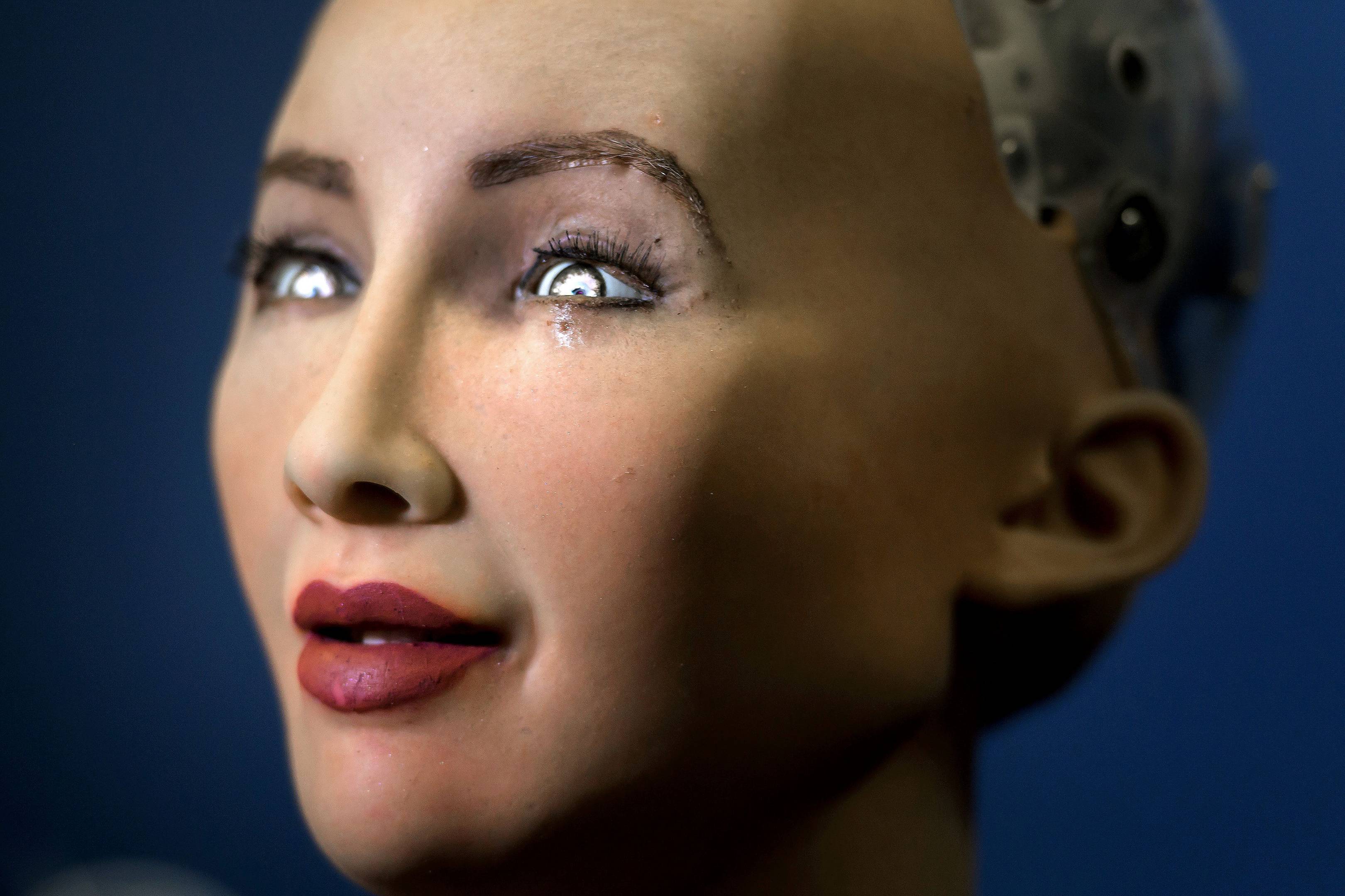 Created in 2016 by Hanson Robotics in Hong Kong, Sophia’s looks are inspired by a combination of the ancient Egyptian Queen Nefertiti, the famous Hollywood actress Audrey Hepburn and Amanda Hanson, the wife of Sophia’s creator David Hanson. Sophia can see through cameras inside her eyes. She can imitate human gestures, facial expressions, make some simple conversations on topics like the weather, and she can even sing. She is designed to get smarter over time. In 2018, she was upgraded with functional legs and the ability to walk. Programmed with the intention of working in sectors like healthcare, education, customer service, and therapy, Sophia has been extensively covered by the media. She has even been granted the honorary citizenship of Suadi Arabia! She was also declared the United Nations Development Programme’s first-ever Innovation champion in November 2018. In 2015, Toshiba developed an android named Junko Chihira for the tourist information centre in Japan. Junko can speak Japanese, Chinese and English fluently. She can interact with tourists with a wide range of facial expressions and she is also well acquainted with sign language to communicate with tourists with hearing impairments. She is currently working in Aqua City Odaiba, a shopping centre on Tokyo’s waterfront. In 2016, Chinese robotics researchers from the University of Science and Technology, China developed a humanoid robot named Jia Jia. Just like the other humanoid robots in this list, Jia Jia can move her arms, make different facial expressions, and respond to human conversations to a good extent. She has a flexible plastic face and long brown hair. Her creators paid special attention to her eye movements and lip synchronization to make her more human-like. Their next attempt is to make it possible for Jia Jia to laugh and cry! 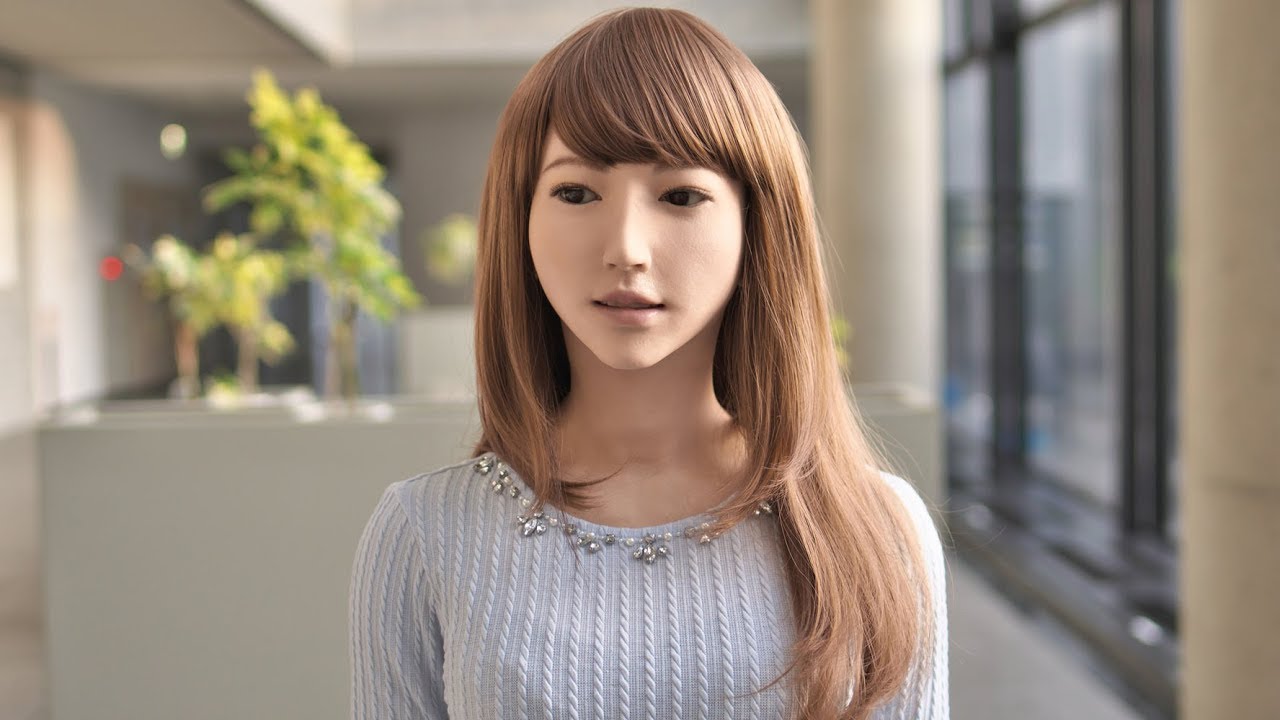 In 2015,  Hiroshi Ishiguro, the director of the Intelligent Robotics Laboratory and his team at Osaka University created Erica. It has 15 inbuilt infrared sensors in her “eyes” that track any movement. She also has speech-generation algorithms and facial recognition technology that makes it easy for it to identify different faces. She can move its face, neck and waist, and exhibit various facial expressions, although she cannot yet move her hands or legs. Currently, Erica is working as a news anchor in Japan!

While it is still possible to recognize them as robots in present times, there may even come a time in the future when you think you are talking to a human that turns out to be an android! The increasing advances in Artificial Intelligence are really blurring the lines between sci-fi Hollywood movies and reality,  a classic case of science fiction becoming real-life science. Imagine what the next move from these scientists will enable the robots to be! Robots that can also fly or robots that can fight wars or both like real-life Transformers! What do you think the next big thing in the world of robotics is? Share with us in the comment section below.

Nadine looks most realistic out of all these fembots.

I really love robots and robotics and this article was very interesting(I wish I could meet one?)

The next thing is going to be in robotics that when we say robot to come they will come wherever you want to they can trace ur location and they will be there with you in the formation of cars,planes,ships,bikes,trucks,vehicles,watches, spectacles and infact in the form of armour which will protect u like u have seen in movies the iron man there is an highly specialised (robot cum computer cum armour) and there in future there will be an amazing invention to be going to held that is they (the scientists) will create ARK-REACTOR that thing used as an heart to save human life which is already used by Tony stark aka Robert Downey Jr and spectacles which can even talk and can do anything by an single order that is used by Peter Parker aka Tom Holland.
And I want to say that the new technology which scientists think that is used by alien ? will be going to used and there will be the creation of working robot jarves (Tony stark computer) and fighting robot ? Ultron which is in Avengers movie that robot can distroy anything.
And there will also be an robot cum human which has real body of human but have some powers and work like computers that is in also Avengers movie vison.
So I only want to say that it will be discoverd in future but if we will try it will be possible to make it now only.
So THANKYOU to Byjus and the author for they have given these important information.
If anyone want to take the more information related to robotics which is yet not discoverd pls contact me on this email [email protected] thankyou.
And pls upload a new article related to automobile engineering.
So till then byy to everyone and have a good day.
And pls like this comment and pls comment on this.
Thankyou so much Byjus and autor for this useful information.
Thankyou.
Byy.

Man , these robots are so cool , wish I can see Jarvis , Friday or any transformer in futer

Robots are too intersting !!!!

the next robot is gonna be someone who can entertain people easily.

I love Robots and they are so amazing! Robots that look like humans are so amazing that even a scientist can’t recognise a humanoids that they are humans or Robots. It is my wish that I want to meet such amazing Robots ?.

Robots are best degined by its inventor ,in future I will also try to invent AI.

They was amazing information

I had heard about Sophia but. Not the others. Erica is really beautiful.
But I wonder why there are no male robots made

Robots are really amazing.
I love all of them. ??
but my favorite is Jia Jia

> Butterflies fly, but not in the usual way!

> Butterflies fly, but not in the usual way!