Do you sometimes wish that your parents would allow you to be awake just a little longer during the night? What’s the big deal about sleep, anyway — it’s so boring, right? You can’t play, read a book, study, or do anything. You just lie there for hours and hours! And don’t you just hate waking up in the morning to that groaning buzzzzzzz — yes, that irritating sound of the alarm that marks our daily return from the mysterious world that we call sleep.

We sleep every day, yet other than the odd snapshot of a dream here and there, most of us have no idea what happens after we close our eyes.

If you think about it, sleeping is a really strange activity. Even from the point of evolution and survival of our species, isn’t it just bizarre that we let our guard down for hours together and shut our systems down? Sleep made our ancestors vulnerable to attack from wild animals. And even our fellow animals are at a risk of losing their lives when they are asleep and a predator attacks them. Yet almost every living creature goes to sleep at some or the other time.

So why exactly do we need sleep? What good does it do for us? We are sure you must have wondered this at some point in time. But if you haven’t, then don’t worry because in this article, we will explore exactly that!

Why do I sleep? 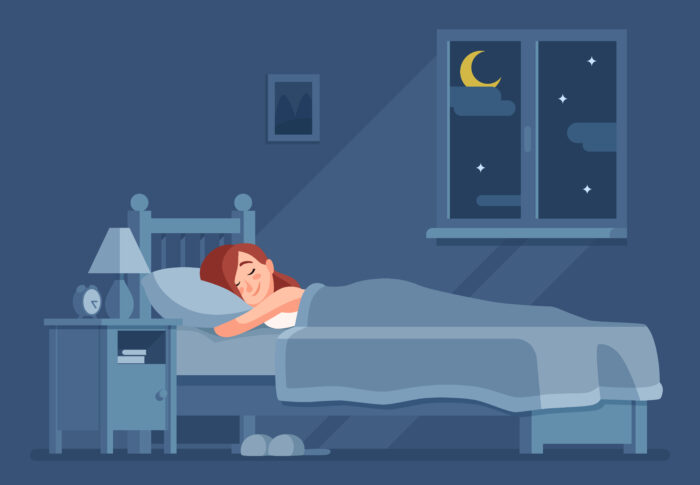 For a long time, it was considered as just something that happens. Everyone assumed that our brains were hitting the reset button and turning off for a while. But in the past few decades, it’s become clear that sleep might be the single most important behaviour that humans and other animals experience. It might seem like we don’t do much while we are asleep but neuroscience tells a different story.

And light is the primary cue that influences this cycle. During the day when there is light, your brain releases a hormone called Cortisol, which keeps you awake, up and going. And as the sun sets and the night appears causing darkness, your brain triggers the release of Melatonin, a hormone that makes you sleepy. 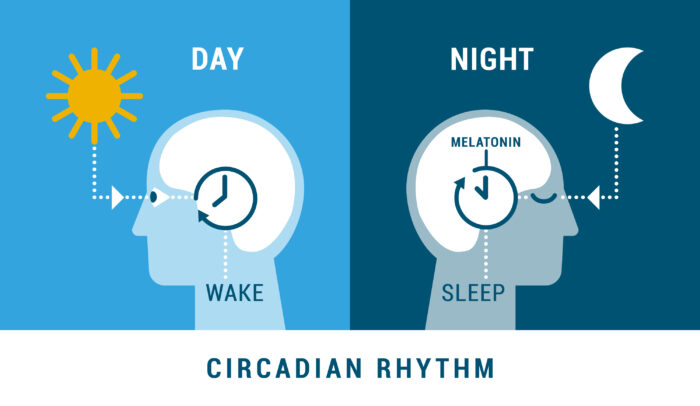 So What Is Sleep For? 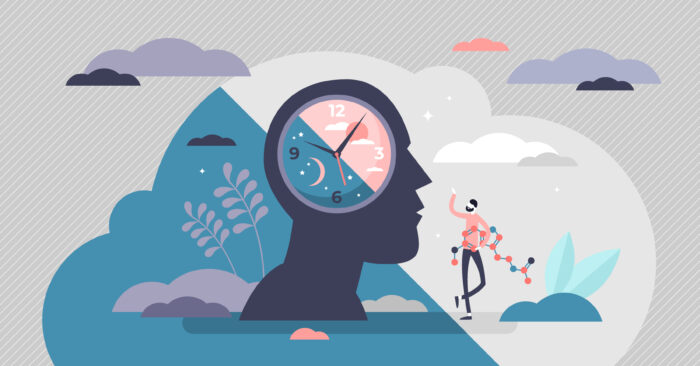 In short, we’re not really sure, but we know it’s essential to life. Animals deprived of sleep for a long time will have seizures and can even die. Not just that, a whopping 15% of our genes are linked to our biological clock, which means sleep is very important for the health of these genes.

Yet, despite decades of research and many discoveries about other aspects of sleep, the question of why we sleep has been difficult to answer. Which is quite strange, considering it’s something that we do every single night but don’t know exactly why! The lack of a clear answer to this challenging question does not mean that this research has been a waste of time. In fact, we now know much more about the function of sleep, and scientists have developed several promising theories to explain why we sleep.

We’re definitely less active at night, but in reality, we burn roughly the same amount of calories while sleeping too. That means sleeping is not a very good energy-saving strategy overall. 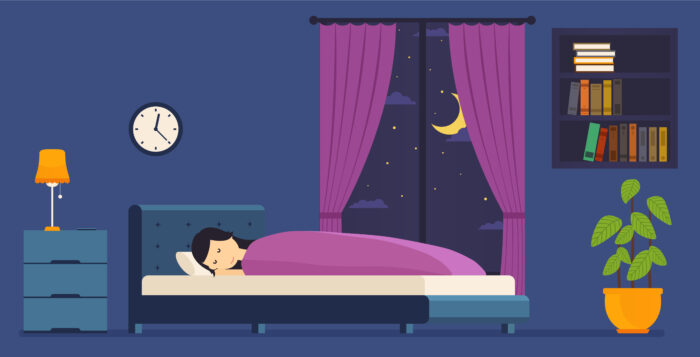 Another explanation for why we sleep is based on the long-held belief that sleep in some way serves to “restore” what is lost in the body while we are awake. Sleep provides an opportunity for the body to repair and rejuvenate itself. But it’s not like our body doesn’t do all this repair work when we are awake too.

Some scientists say that our bodies use time asleep to flush out all the neuro garbage, removing waste products that build up in our neurons and brain cells. You can think of it like having a house party. You can either entertain the guests or clean up the house, but you can’t really do both at the same time. And, decision-making regions of the brain like the prefrontal cortex, well they don’t get any downtime while we’re awake. Even if you’re totally relaxed and you think your mind is clear, your prefrontal cortex is still working constantly. Don’t believe us? Well, ok, try and think about nothing. Yes, just try for five seconds to think about nothing. Go ahead. See? You’re thinking about not thinking! Sleep seems to be the only time for this region of the brain to power down and take a break.

The greatest benefit of sleep may lie in processing information and creating memories from throughout our day. Yes, your brain is actually quite busy while you sleep, sorting and storing information from the day. This process is particularly essential for creating long term memories, as your brain consolidates all the information it’s picked up during the day and files it away for later use.

How Is Modern Life Affecting Your Sleep Patterns?

Several studies show that the light bulb has led people to shift their day and get less sleep. On average we go to bed and wake up two hours later than a generation ago.

A study of Harvard Medical School found that those who read electronic books before they went to bed took longer to get to sleep. Their bodies showed reduced levels of melatonin (remember that hormone that regulates the body’s internal body clock?) and they were less alert in the morning.

Nowadays, LED lights are used a lot in our offices, homes and schools. They are more energy efficient than older lights – but their effect on people’s circadian system is also five times greater. So it’s advised we should adopt warmer coloured lights in our homes if we want to improve our sleep: once the sun sets, keep lighting warm and dim. You should also install an app or alter the settings on smartphones and computer screens to dim and filter out blue light after dusk. 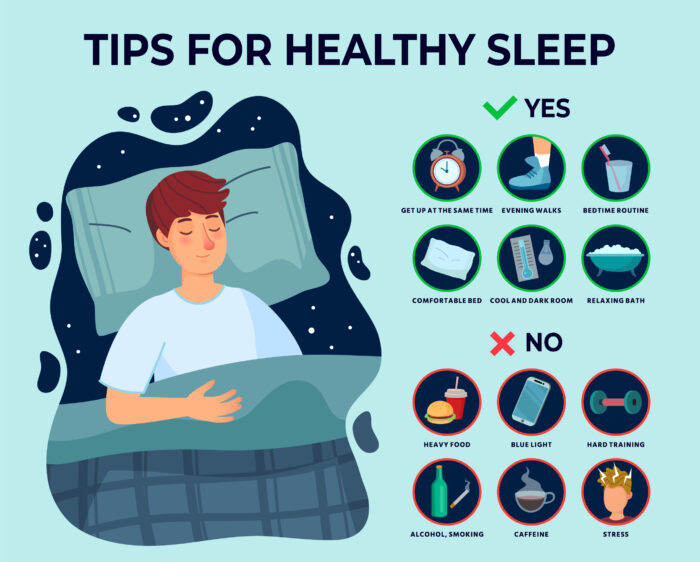 What Happens If We Don’t Sleep?

Have you ever heard of the Guinness book of world records? Well, it’s a book which lists records for strange things. Like the world’s longest tongue on a dog, the world’s longest moustache or the most number of people ever stuffed in a phonebooth.  Well, in 1964, a 17-year-old named Randy Gardner got into the Guinness book for staying awake for 11 days! He didn’t sleep for 11 days! It was for a school science fair, which he won by the way. Since then the Guinness book of world records has removed the category of going without sleep because it was so dangerous for the people who tried to break the record.

But hey, you don’t have to be awake for 11 days in order to make it harmful. In fact, going to bed just two or three hours later than you should, can really mess up your body.  Some studies have shown that sleep deprivation can put people at risk of various physical and mental health ailments. From migraine, obesity to heart disease anything can happen to people deprived of sleep. It can even retard your reaction time to any situation. 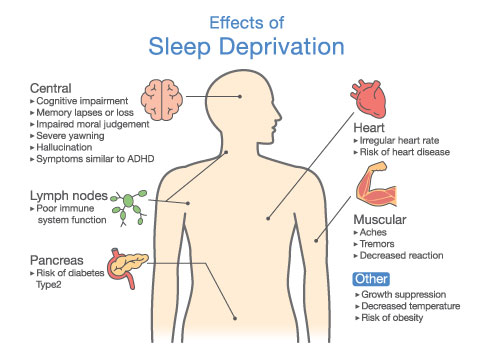 Scientists also know that lack of sleep actually prevents your brain from being able to make new memories. So it’s almost as though without sleep the memory inbox of the brain shuts down and you can’t create memories of the new experiences. So those new incoming informational emails just bounce off, and you end up feeling as if you don’t remember anything.

Always remember that your body is doing a lot of important work while you are asleep. A good night’s sleep is essential for both your physical as well as mental health. So if you’re having trouble falling asleep do talk to your parents and consult a doctor. Another closely related question to this discussion is why do we yawn, but that is another story.

Can You Heat a Building With Your Body Heat?

Did You Know About These ‘Nature’ Inventors?

I too find difficulties in falling asleep. I talked to my parents and consulted a doctor. Thank you byju’s